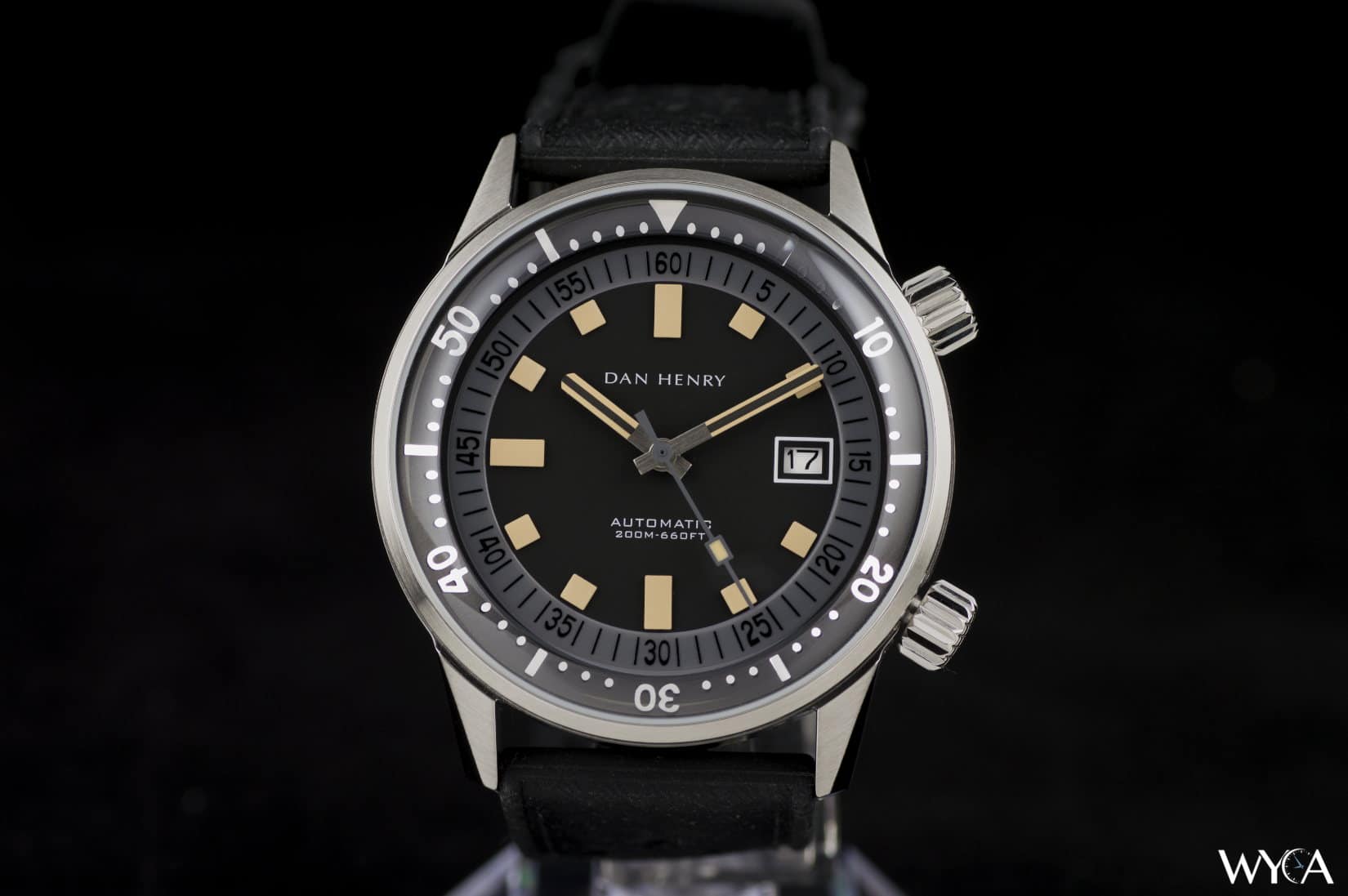 I am a big fan of this watch, and I’m not the only one. Microbrand Facebook groups, watch websites, forums, and subreddits are all talking about the Dan Henry 1970 and it’s not hard to see why. On style alone it’s on great footing, but the movement choice (a Seiko-derived NH35A), domed crystal, and uniqueness of the piece really are above and beyond what we typically see from a microbrand.

This is my first introduction to Dan Henry as a brand, but I have to say, my first-hand experiences with the 1970 fill me with confidence that the same value carries throughout Dan Henry’s complete line of watches.

The 1970 is the latest from Dan Henry, and next to the stunning 1947 quartz, the 1970 is also the best looking in their collection. Let’s take a deeper dive into what makes the 1970 a great timepiece. 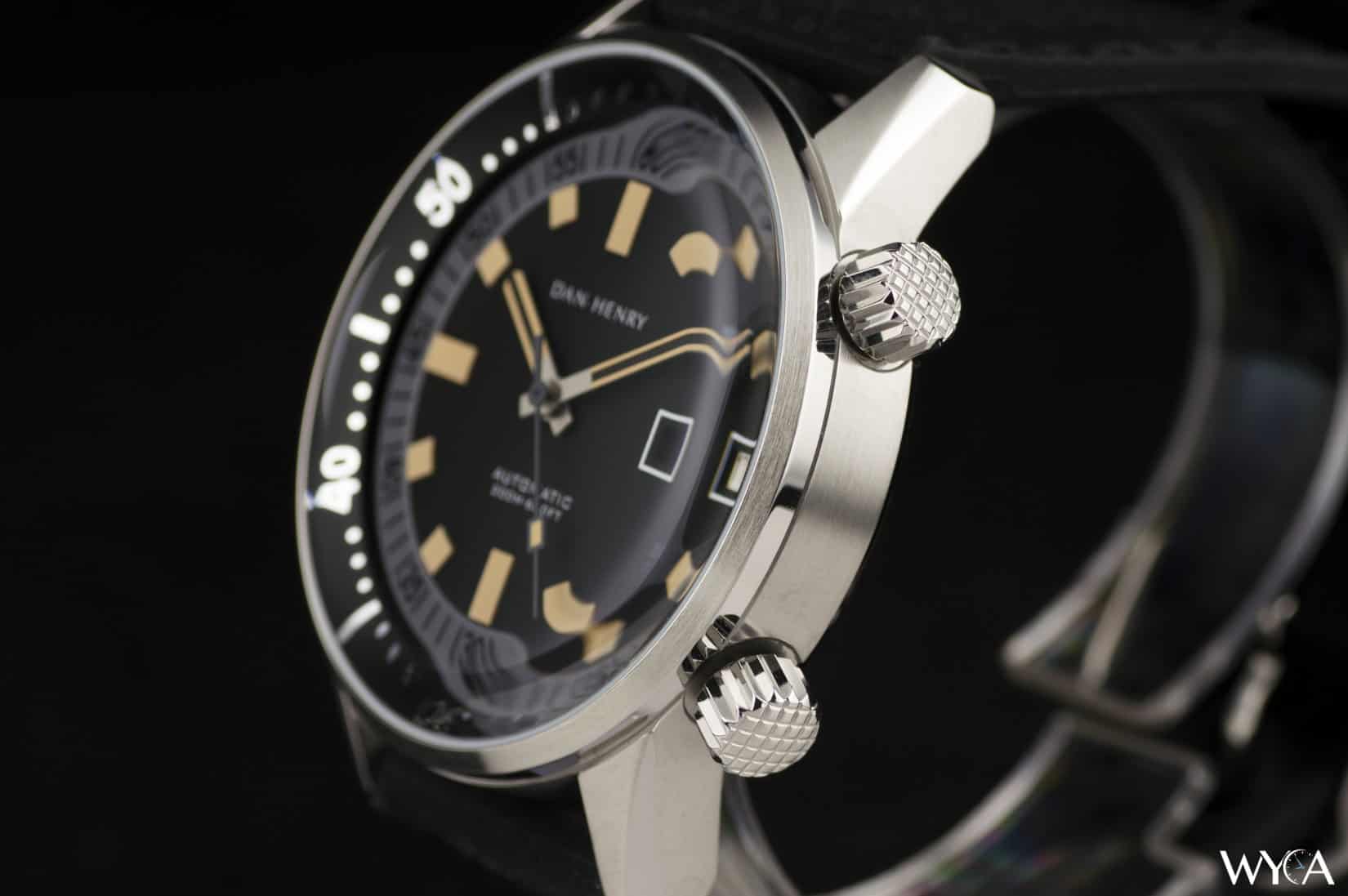 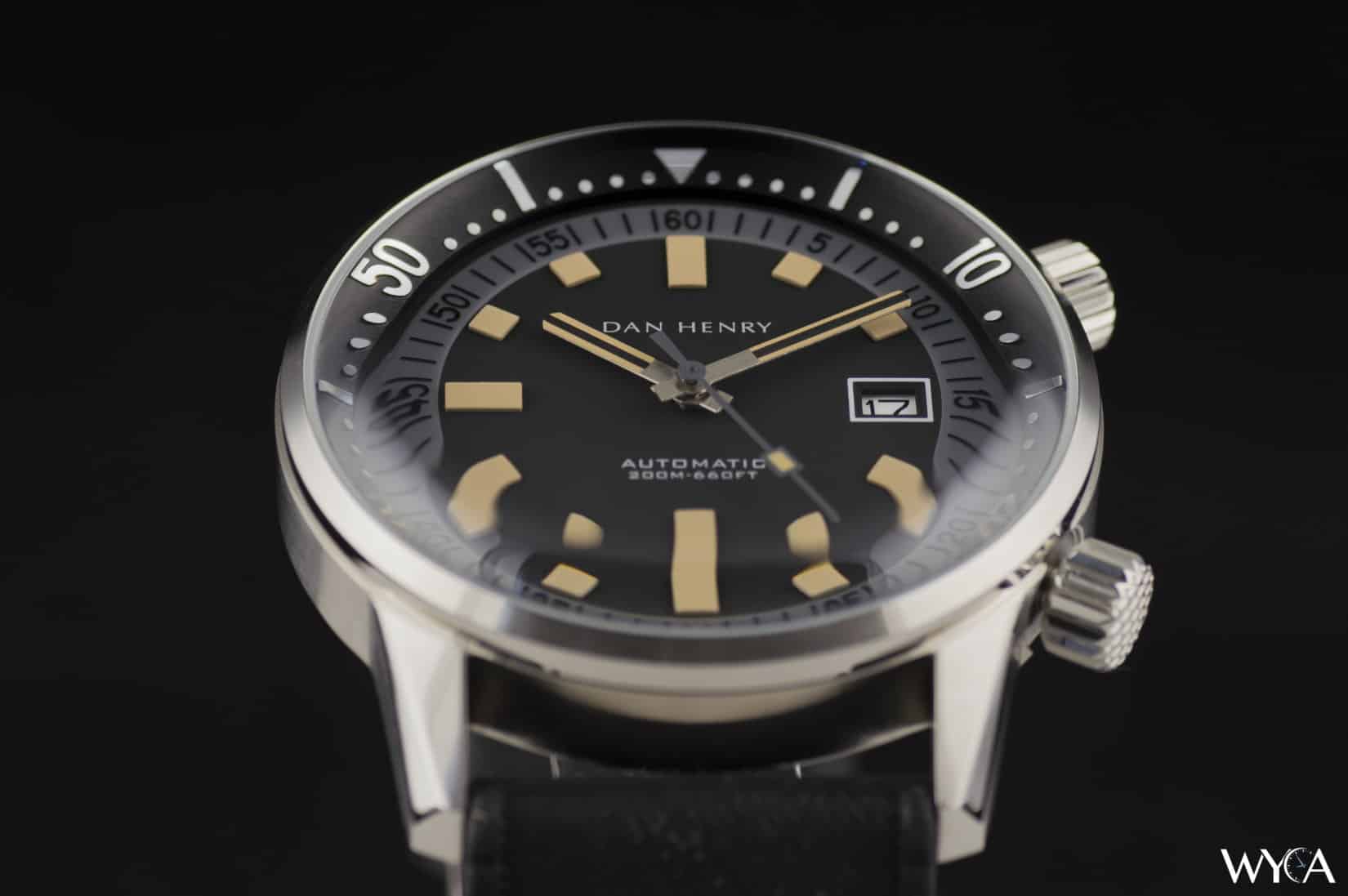 The 1970 Reminds Me of a Lot of Great Watches

As someone who “reviews watches”, one area where I know I lack perspective is in vintage watches, and where a lot of modern designs draw their inspiration from. This fact becomes evident when the watches that the 1970 reminds me of are the Pan-Europ’s (non-chrono) dial, the Orient Bambino’s / Zeppelin Dual Time’s domed crystal, and even the Seiko Alpinist (if only because of the rotating inner ring). For perspective of the historical influences on the 1970’s design, check out this article from Mark McArthur-Christie @ wornandwound.

At 44mm, the 1970 is not a small watch. It’s dominating on the wrist, especially with its two beautifully-decorated crowns, but it benefits from an otherwise minimal case. The lugs don’t extend too far from the case, and they’re relatively small in comparison to the rest of the watch. The big, bold dial is presented as the centerpiece. 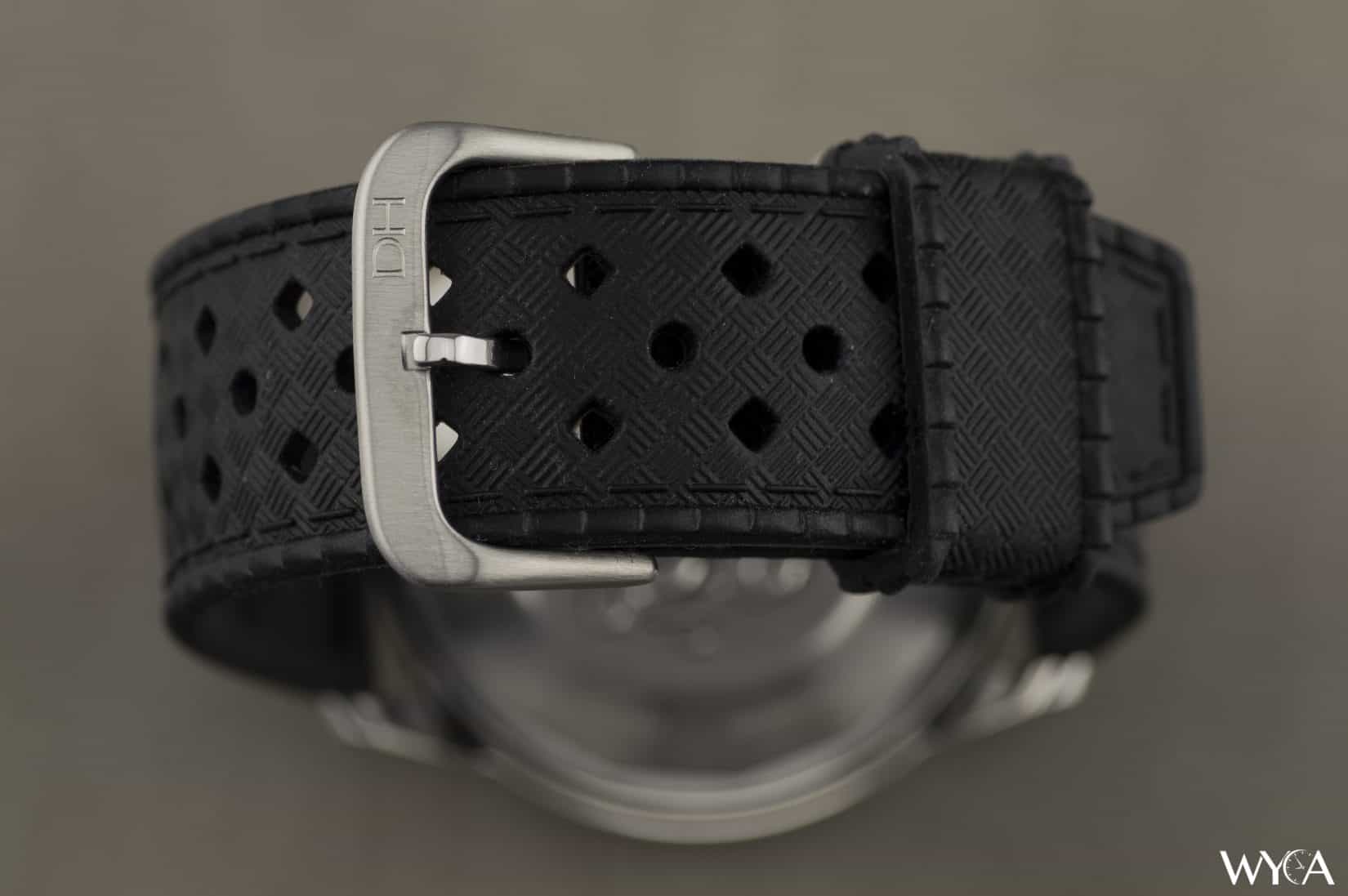 The top crown smoothly rotates the inner chapter-ring, and the ring itself glides with precision as you twist the crown. The bottom crown, which operates the movement, also moves with comparable friction and precision. Both are satisfying to use.

The picture to the left (or above if on mobile) shows the finely-engraved crowns, which are sculpted to great detail with precision and without flaw. Both showcase the quality of their build. The picture below this paragraph shows something that only a big, domed crystal like the one here can show: the refraction of the dial against the dial… in the crystal.

The front of the 1970 speaks to me, and I haven’t even gotten to the caseback.

By gosh, I’m smitten with it already. 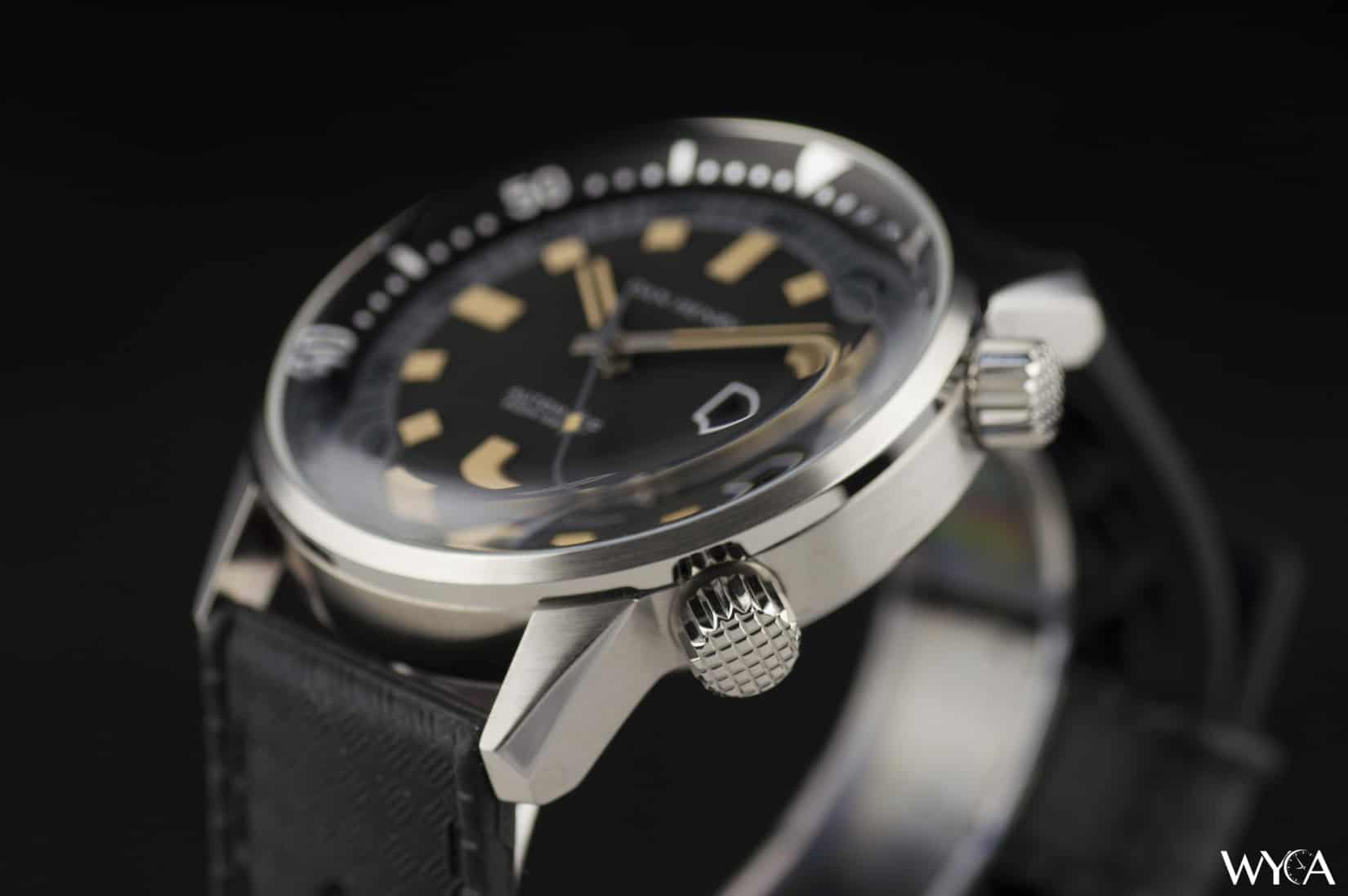 The Dial, Crowns, & Crystal Already Make the 1970 a Real Treat to Shoot. Then I Flipped it Over.

And smack, I’m staring at a deep-diving octopus sporting the appropriate gear. The intricacy of the design reminds me of the back of the Corniche Heritage 40 and Ianuarius Richie JR001R, but taken to a completely different level. I mean, you can see the suckers on the tentacles of the octopus.

Seriously, have a look for yourself: 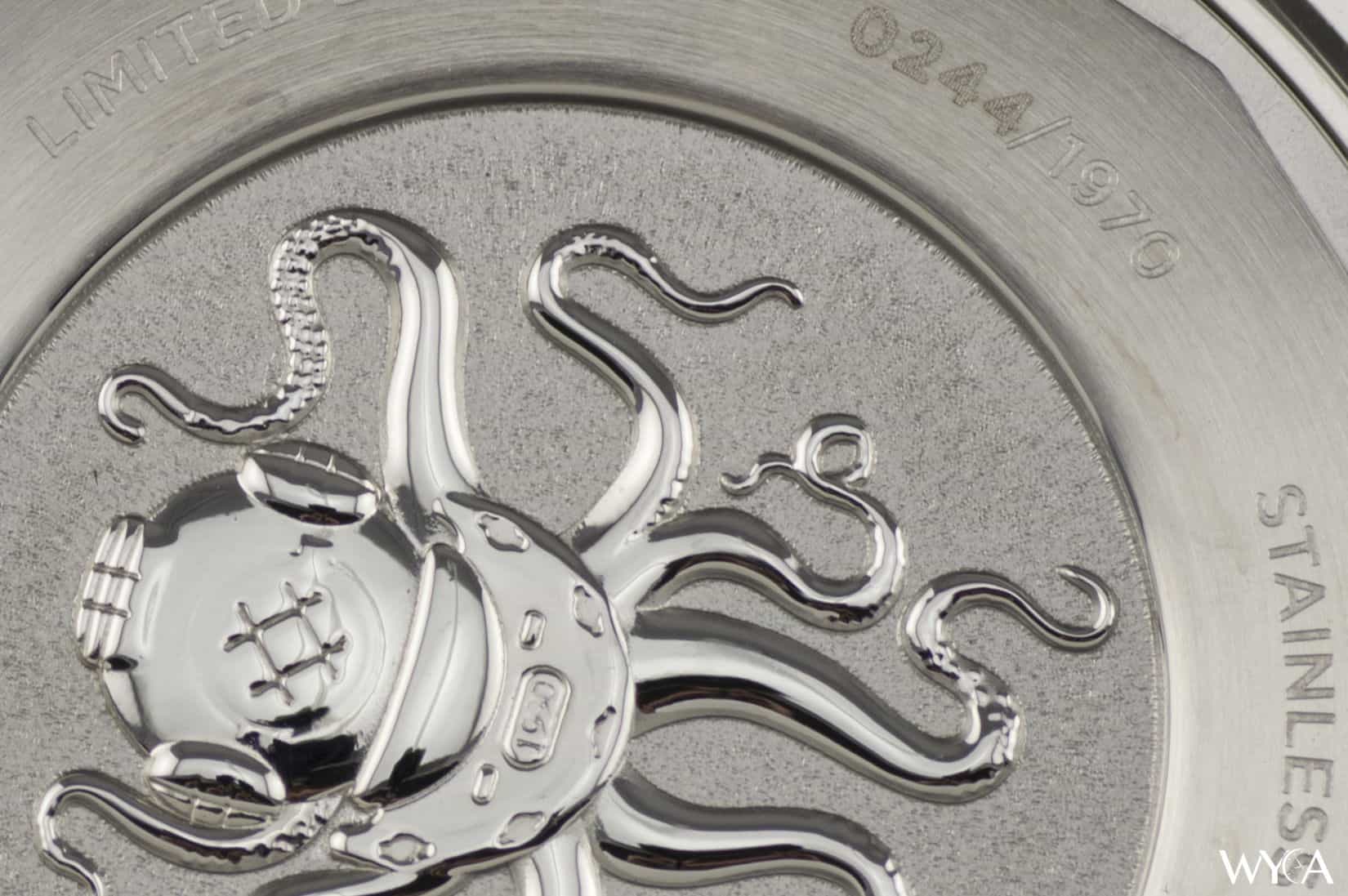 Unfortuantely, the caseback is also where you will find the only flaw on this watch: a marking that looks like corrosion just above the “limited” engraving. Tried as I might, I was unable to wash it off.

Otherwise, you can see the extreme precision of the caseback design. You can also see the quality of the engraving on the individually-numbered casebacks. This is one of the best casebacks I’ve ever seen, and I’ve never seen a caseback as good as this on a watch retailing for under $300. Not even close. 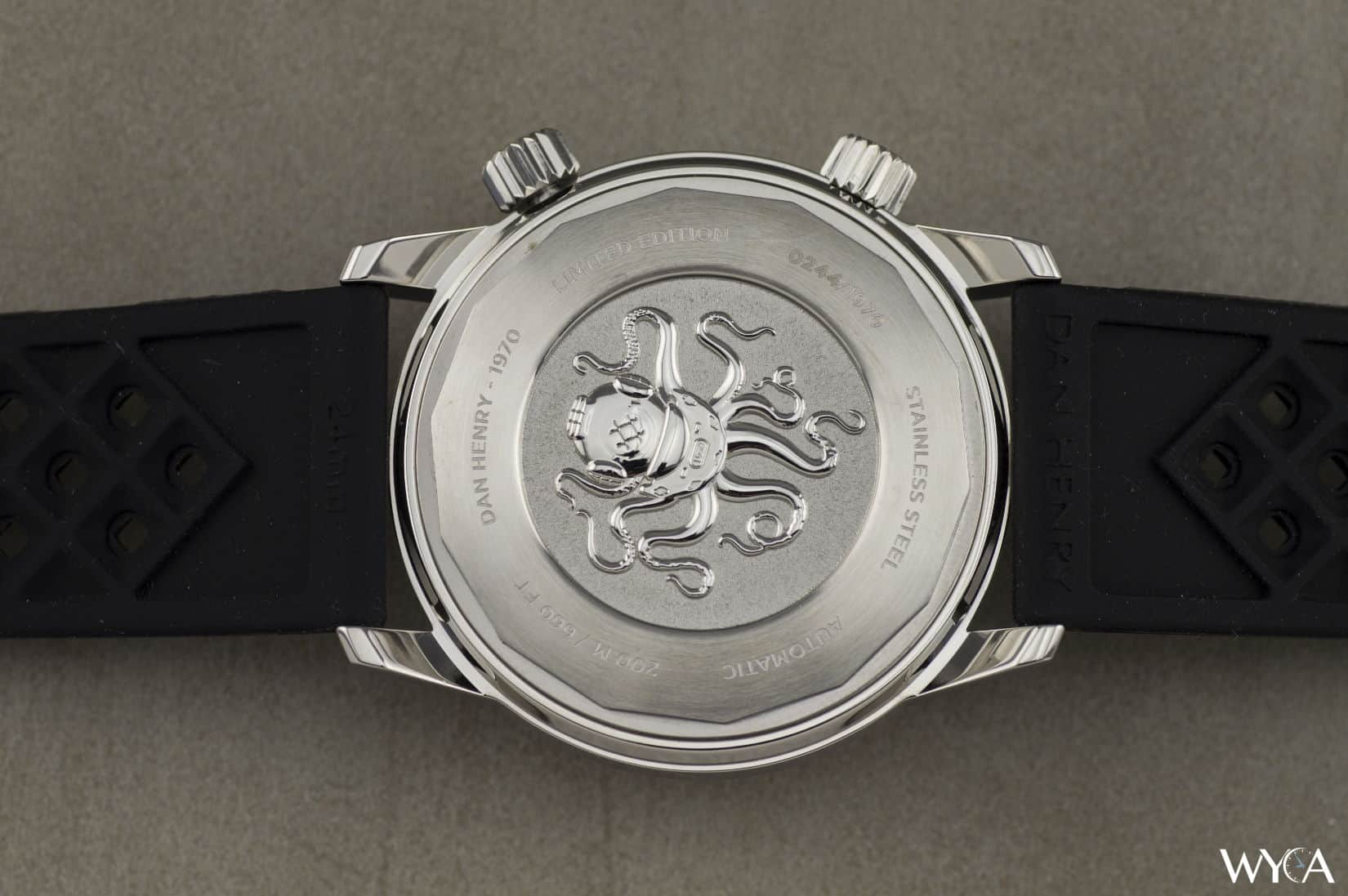 The first time I had hands-on experience with an NH35A was when I reviewed the Grayton automatic. The NH35A features a 41 hour power reserve, 21,600 bph, and accuracy specified by Seiko as -20/+40 seconds per day.

The NH35A is an evolution of the 7S26 automatic, which can be found in Seiko 5’s (like the SNK809/SNK807), and host of other watches. Where the 7S26 is a bare-bones but reliable movement, the NH35A is its plucky younger brother. It adds hacking, which makes it much better for taking photos of (which matters more to me than it does to you, I suspect), and it also adds hand-winding. These two feature-additions turn the NH35A into a much more refined movement than the older 7S26 that it’s derived from.

I’ve had the Grayton for several months now and still wear it regularly (once a week maybe?), and the NH35A inside of it has been good so far. Other websites have similar compliments for the movement. Its inclusion in the 1970 is, in my mind, a sensible and value-centric choice. I’m happy with it. 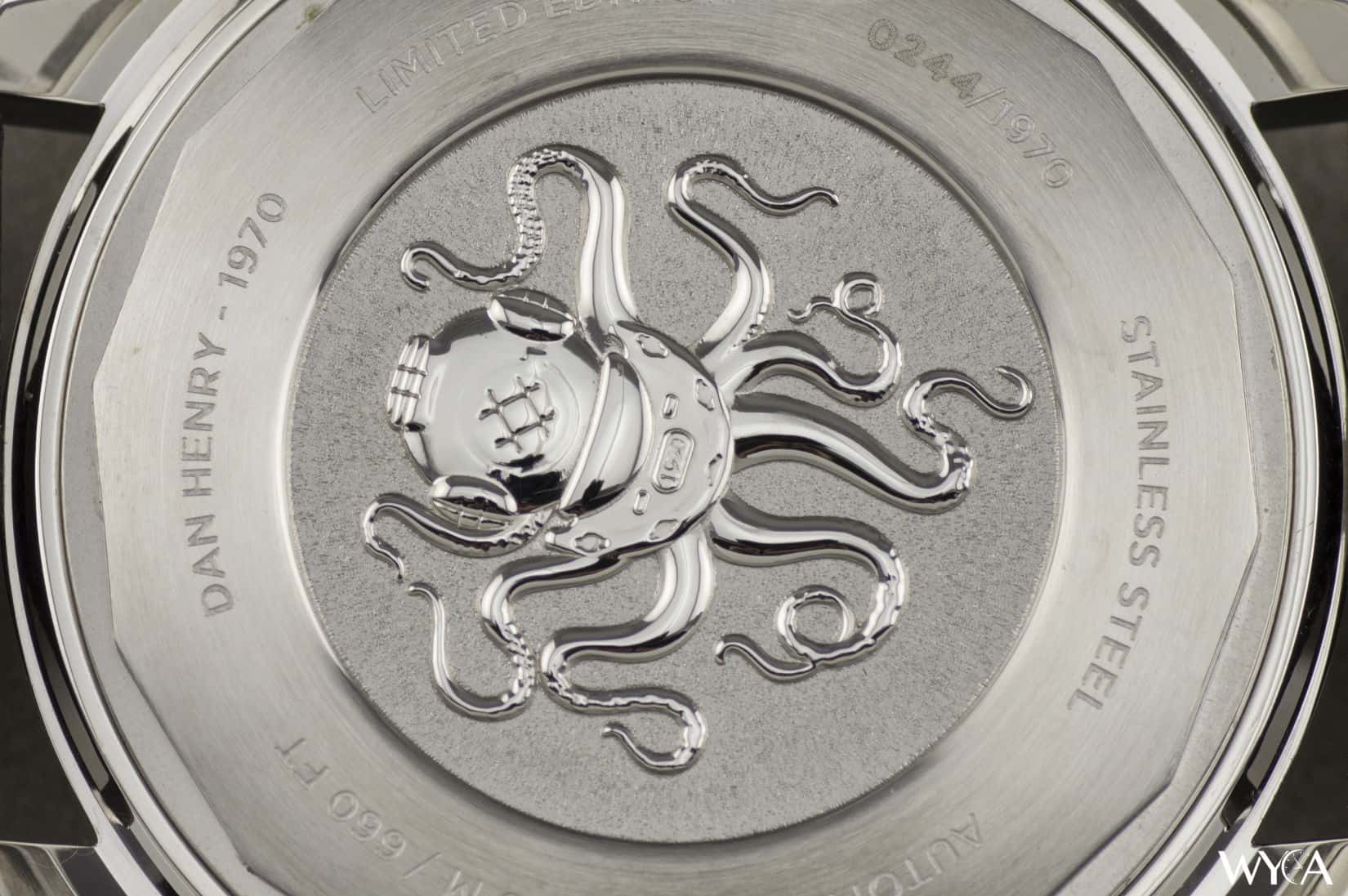 In the Grayton I found the NH35A to be running at +18 seconds per day (measured via toolwatch.io). I haven’t measured it inside the 1970, but my impression is that it’s running as good as the Grayton’s is. 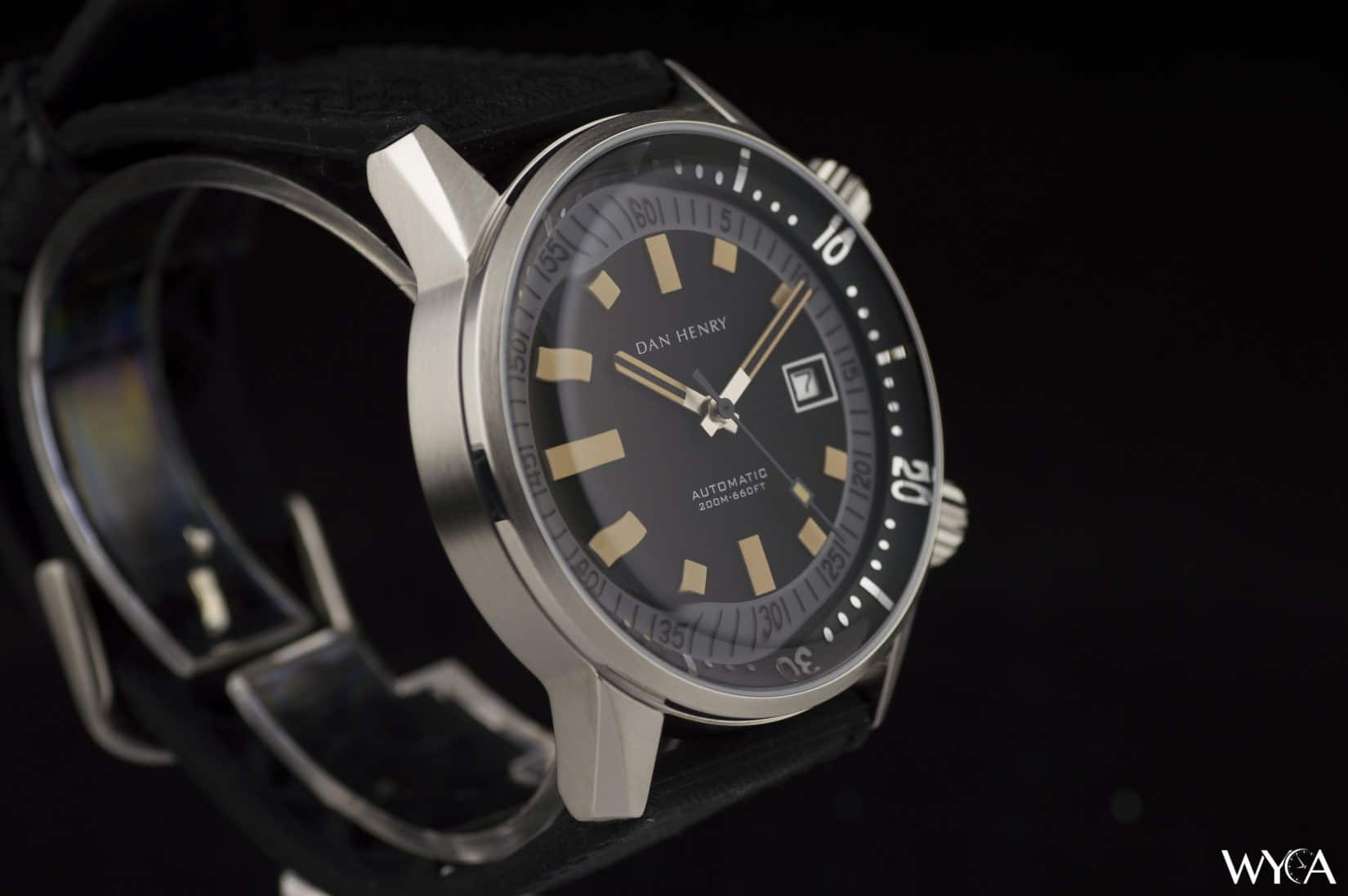 Dan Henry is a Guy With a Story to Tell, and It’s Reflected in His Watches

There’s a lot of talk about the watch world being in a state of panic. This is certainly true of luxury Swiss watches, but I’m not sure if the same can be said about the affordables segment which, in my mind, seems to only be getting stronger. Certainly, there are better watches available in the affordable segment today than ever before. The 1970 is an excellent example of that.

Dan Henry, and I mean the man behind the brand, is a watch-person’s watch-person. His passion for wristwatches and stories, both in their collection and creation, is a defining part of the Den Henry brand. It provides a certain authenticity that wouldn’t exist without it. Wearing the 1970, I feel a definite appreciation for the brand and what the watch I’m wearing represents (and where it comes from).