A Swiss-Made Affordable Automatic for Under $500: the Steinhart Ocean 1

When we talk about affordable mechanical diving watches, we usually think of the usual suspects: the Seiko SKX007, the Orient Mako or the Orient Ray. Today, however, we’re taking a look at the Steinhart Ocean One Vintage Military, a ~$400 diving watch that offers a lot for a little.

But before we begin, let’s deal with the elephant in the room. 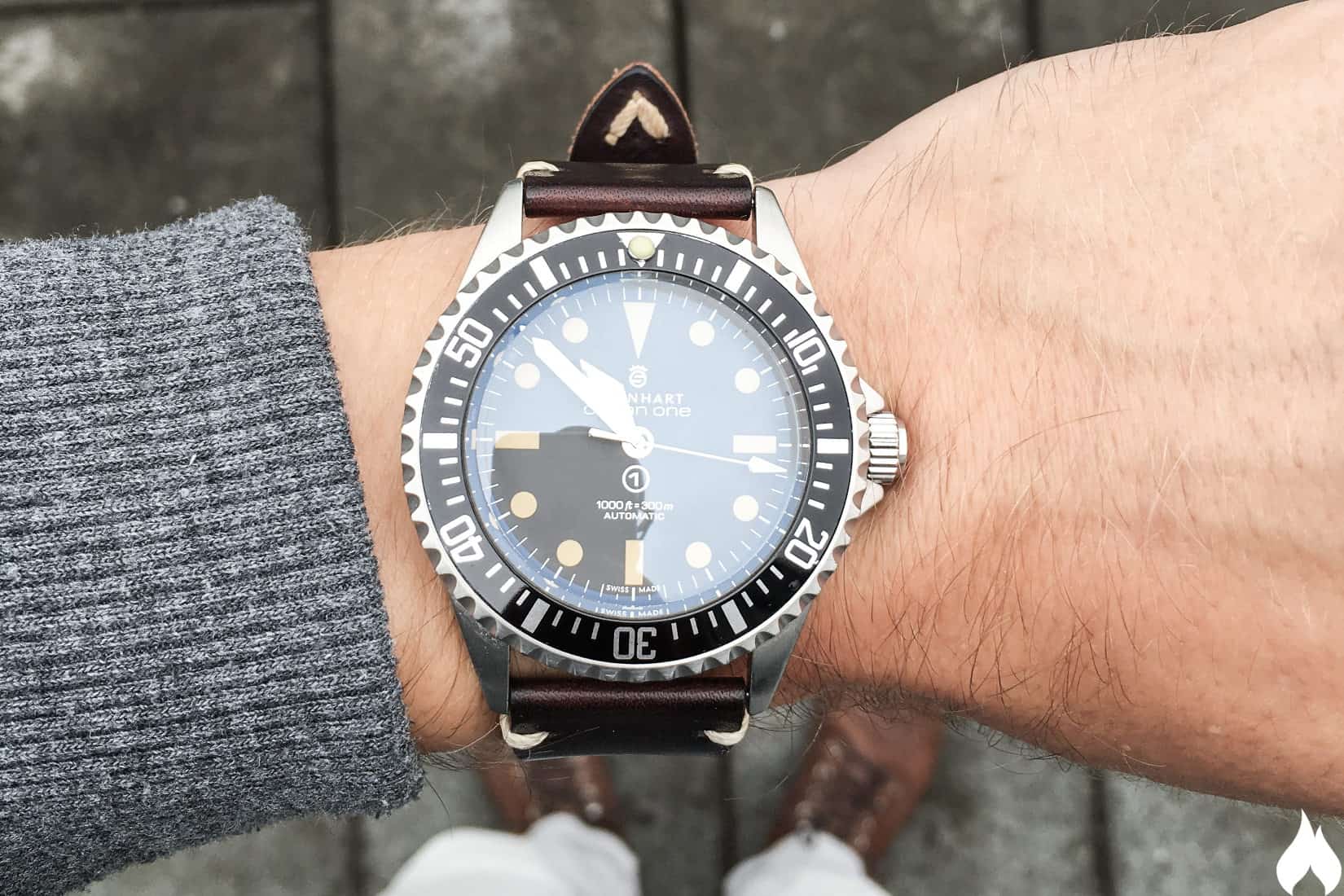 The Elephant in the Room

A large portion of our readers will stop and say “Well that looks a whole lot like a Rolex Submariner!”, and they would be right. In fact, the Ocean One Vintage Military (OVM) is a homage to the rare Rolex ref. 5517 Mil-Sub from the ’70s. While there’s a lot that can be said about the Ocean One, it can’t be said that Steinhart put a lot of effort in differentiating their take on the 5517 from the original.

The question, however, is how much of a problem that really is. The ref. 5517 and the OVM operate in completely different markets with different target audiences. The ref. 5517 sells for no less than $100.000 (and usually a lot more), a price the avarage Steinhart customer is unlikely to ever be able to afford. Furthermore, the OVM does not pretend to be a real Rolex. That said, it does push far into the grey area between homage and replica. Potential buyers will have to decide for themselves where to draw the line. 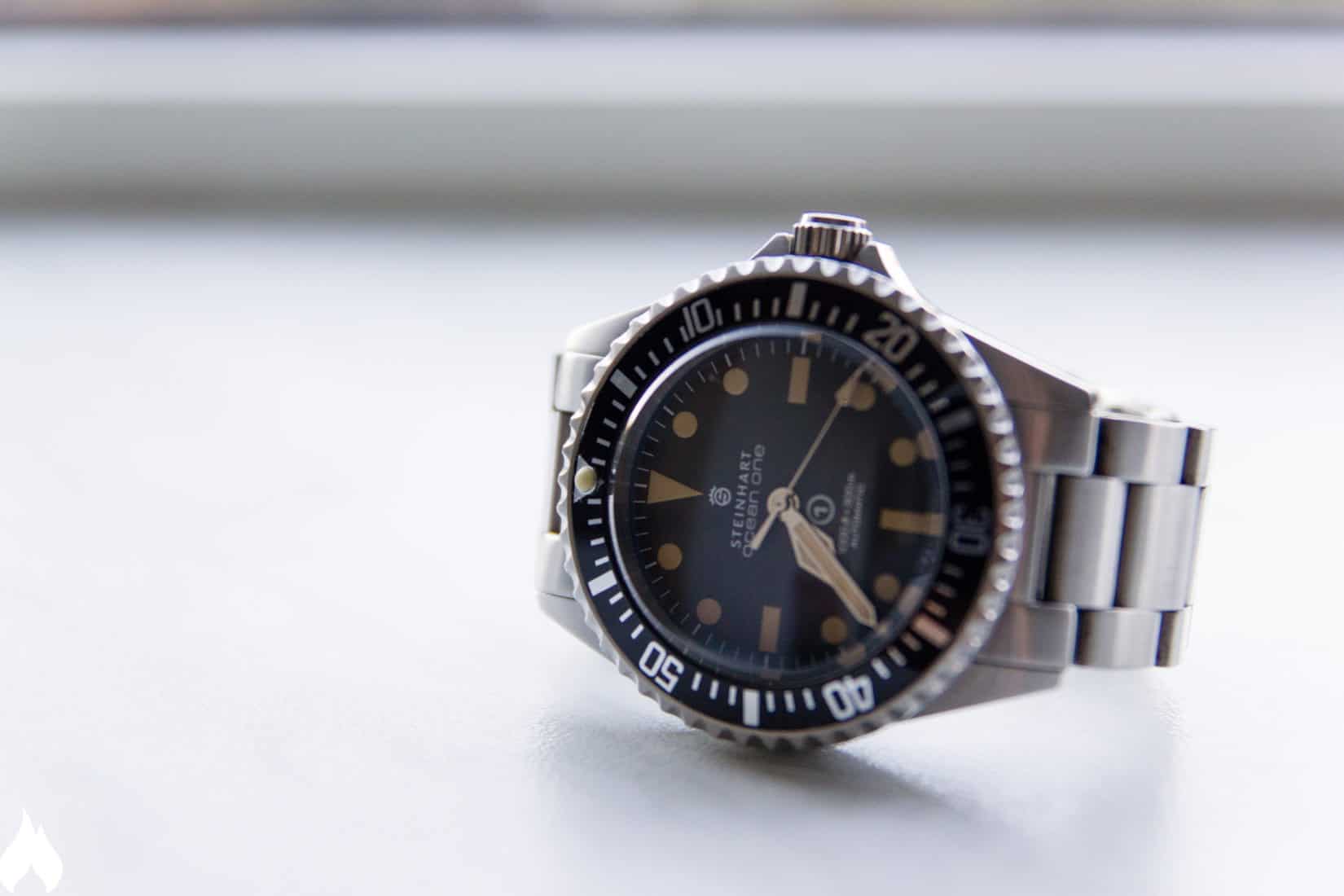 Despite the strong similarities between the OVM and the 5517, there are a few differences. The main difference is in the color of the dial. Whereas the Rolex ref. 5517 has a black dial, the OVM has a matte antracite/ash black dial, with what appears to be a very slight blue tint.

Lastly, the dial is completed by a set of sword hands. The hands are filled with Old Radium lume, which makes the watch very legible in the dark. 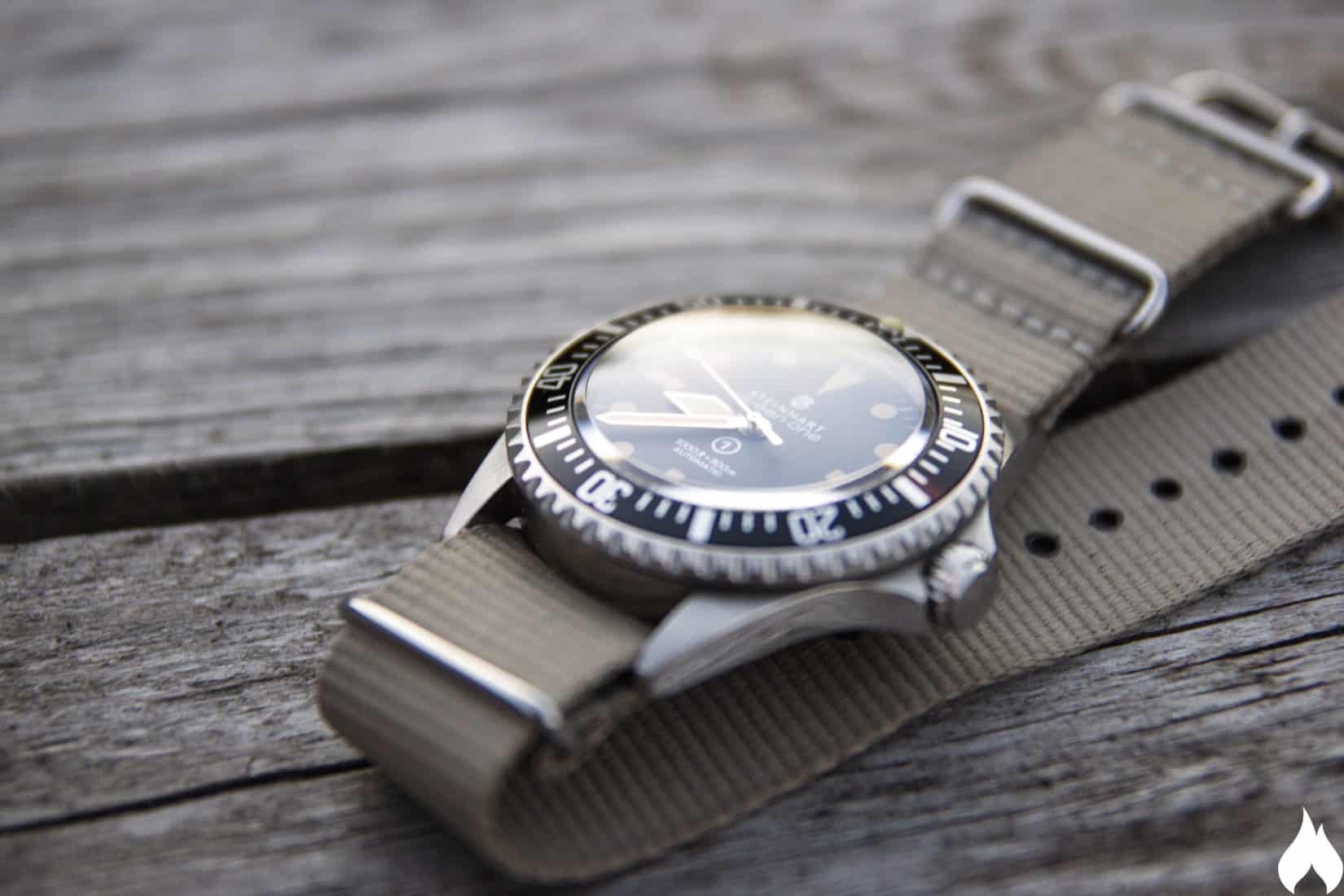 The case of the OVM, made of 316L stainless steel, features a brushed finish on the lugs and polished sides. It has a diameter of 42mm and is 50mm from lug to lug (22mm lug width). At 13mm thickness, it’s no small watch, but it never feels too large, nor does your cuff get stuck behind it all the time (granted it’s not a NATO strap, which naturally adds some extra height).

Speaking of straps, the OVM comes standard with a pretty solid looking bracelet. The bracelet has the same finish as the case: a satin brush on the front and polished sides. It wears very nicely and feels like something belonging to a watch more expensive than the OVM.

The bezel is one of the watches highlights. Steinhart absolutely nailed the operation of the bezel. It takes just the right amount of force to turn it. Too tight and it becomes hard to use, on land or, worse, in the water. Too loose and it will definitely become unreliable underwater. A small point of criticism, however: the bezel on our OVM has gotten stuck a few times to the point where it was almost impossible to turn. Submerging it in water for a while fixed the problem. We hope to hear from OVM owners in the comments to see if it’s a common issue!

The case features a beautiful domed sapphire crystal, complete with double anti-reflective coating on the interior. It has a nice sharp bevel about 1mm from the edge. It adds a little bit of interest to the case, without standing in the way of legibility. Finally, Steinhart added a screw-down crown, signed with the Steinhart logo and protected by crown guards.

Overall, the case looks really nice and feels very sturdy. The watch definitely appears capable of taking quite a beating, an important requirement for any self-respecting tool watch. 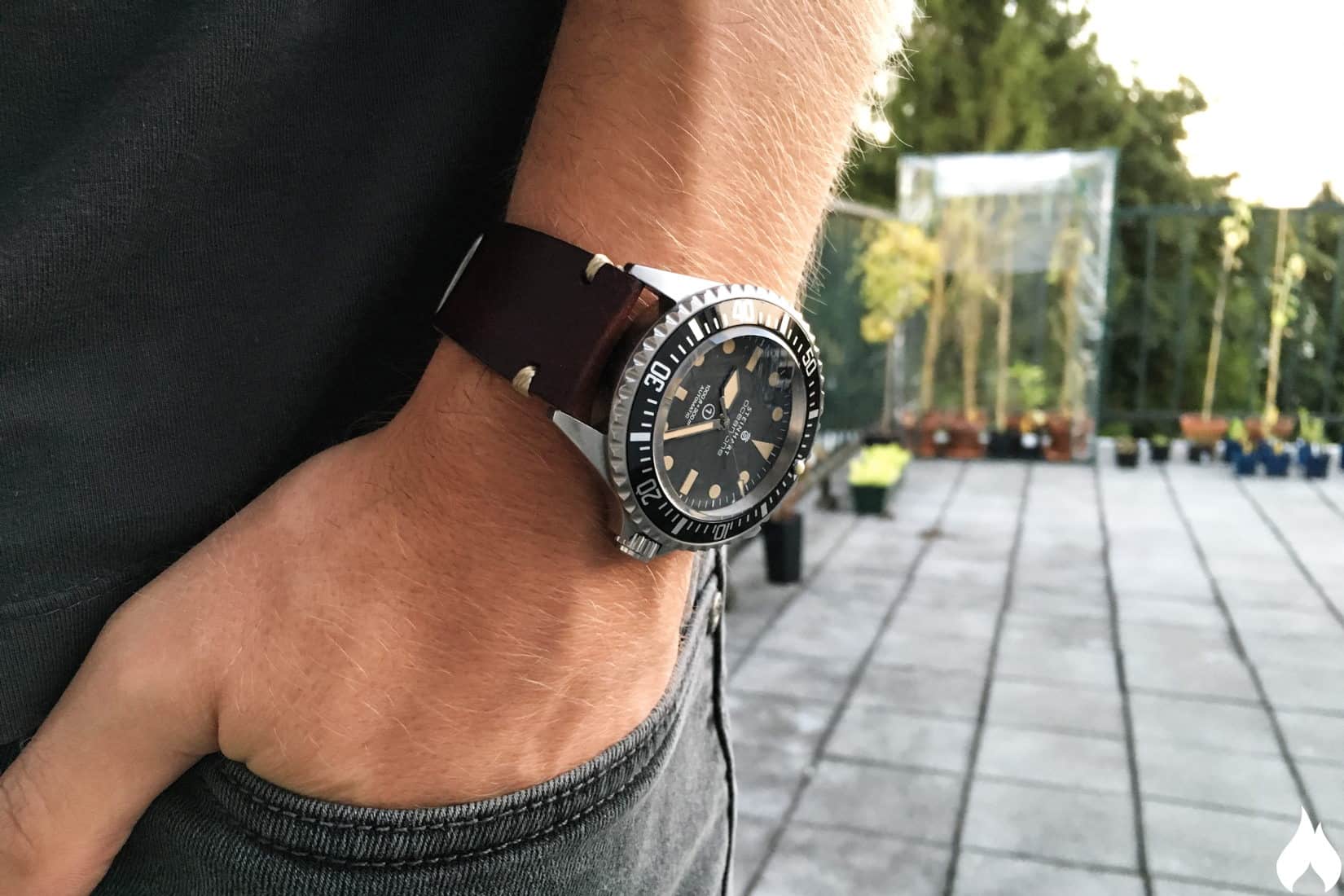 About the ETA 2824-2 Elaboré Automatic Movement

The Ocean One is powered by the automatic ETA 2824-2. It’s an elaboré rated movement (one step above the entry-level Standard rating in terms of accuracy, but below the Top and Chronometre ratings), but beyond that nothing all that special. But for a watch in this price range, it more than suffices.

The 2824-2 beats at 28.800 vibrations per hour and features hacking seconds and manual winding. And with a power reserve of 40 hours, it’s pretty much all one can ask for in a watch like this.

Even with all the great things the OVM has to offer, it still feels a bit disappointing that Steinhart didn’t add more of their own ideas to the watch. As good as the OVM’s design is, most credit for that goes to Rolex. But on the other hand, Steinhart does not pretend to be Rolex, and the price also reflects that.

At only $400, the OVM is truly a bargain considering what it has to offer: a rugged case that can take a beating, great water resistance, a bezel that feels just right and overall a really versatile watch that would fit in any collection of affordable watches.

Auke developed a slight interest in watches a couple of years ago, which soon escalated in an unhealthy obsession that lasts to this day. Donations toward the Audemars Piguet Royal Oak (blue dial) are welcome.