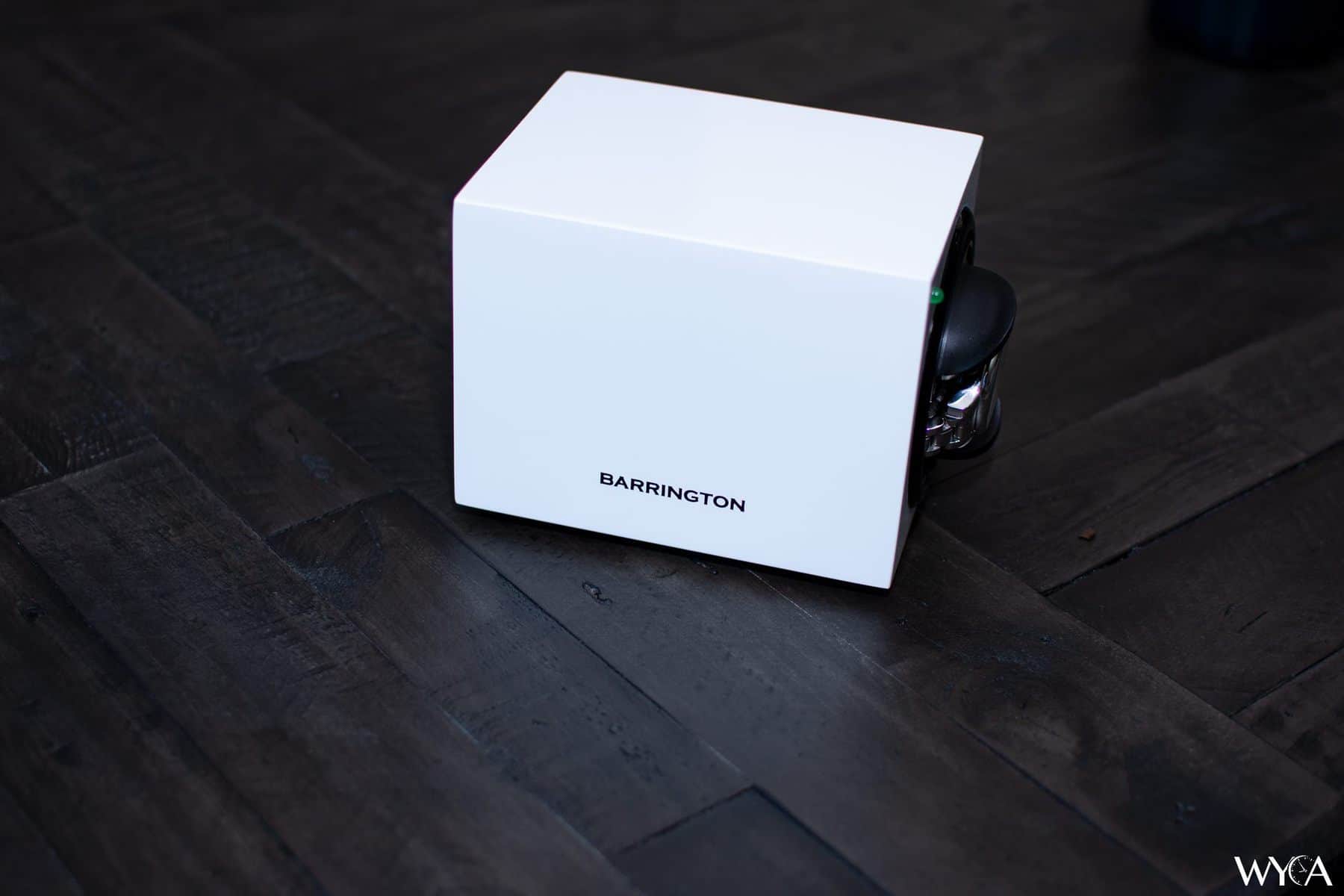 Every Automatic Enthusiast Needs a Watch Winder, But is It This One?

Words/Photography: Me. Barrington Watch Winders provided this watch winder at no-cost for the purpose of this review.

Since founding WYCA in 2013, my watch collection has grown to an obscene 54 watches. Over the past almost-but-not-quite 7 years, I have given away dozens of watches.

Yet, despite having 30+ automatics in my house at any given time, I’ve never opted to purchase a watch winder. When Barrington Watch Winders reached out to me early spring, I saw it as an opportunity to expand my horological lexicon a bit.

I also knew that the only way to properly review something that spins around a lot is to give it plenty of time to spin. After all, while the reliability of most common automatics is pretty established and easy to ascertain, the same is not true of non-major brand appliances, and that includes watch winders.

So, I decided to give the winder several months to make its case. After nearly six months of near-continuous winding, I’m finally ready to call out my thoughts on the Barrington Single Watch Winder. 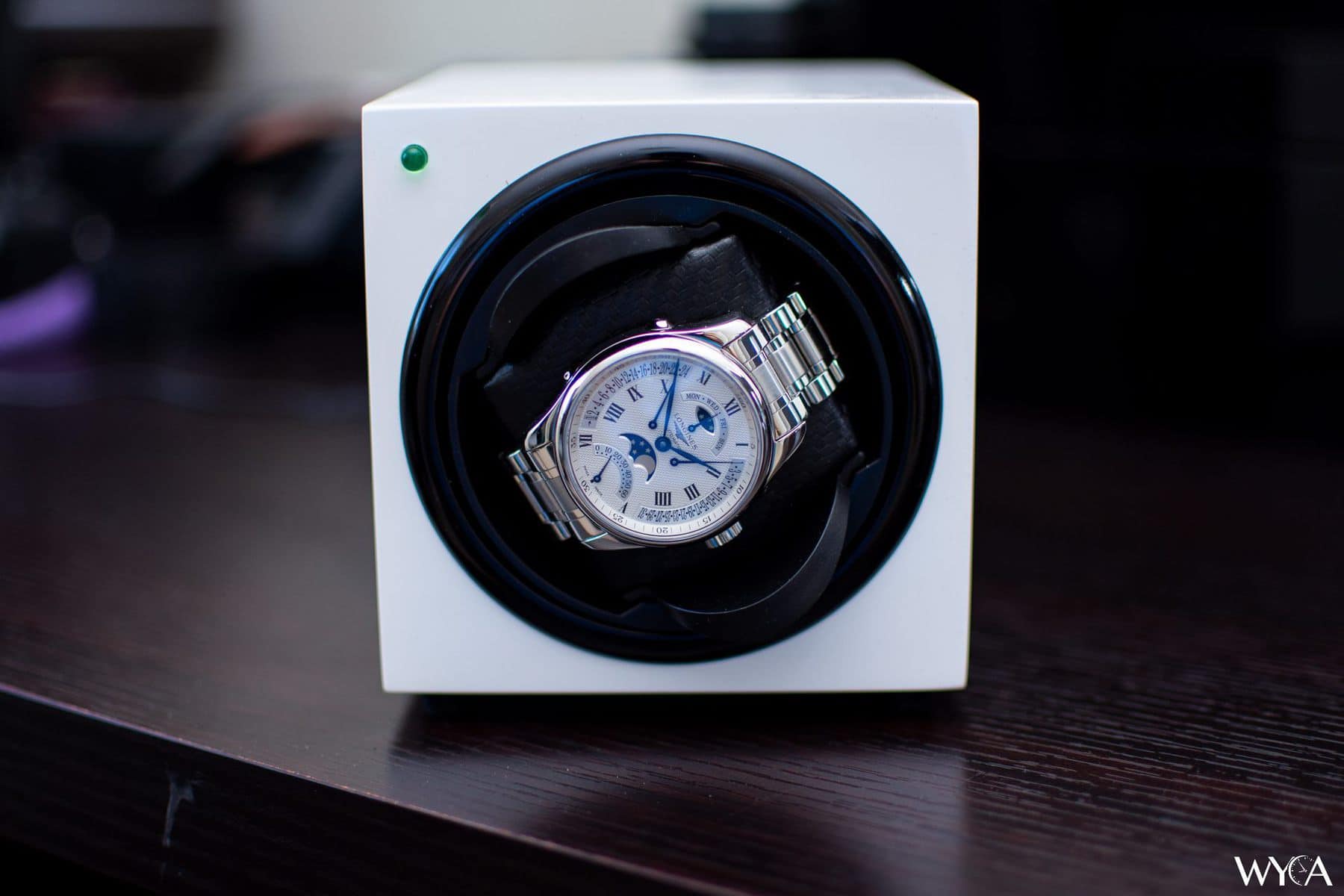 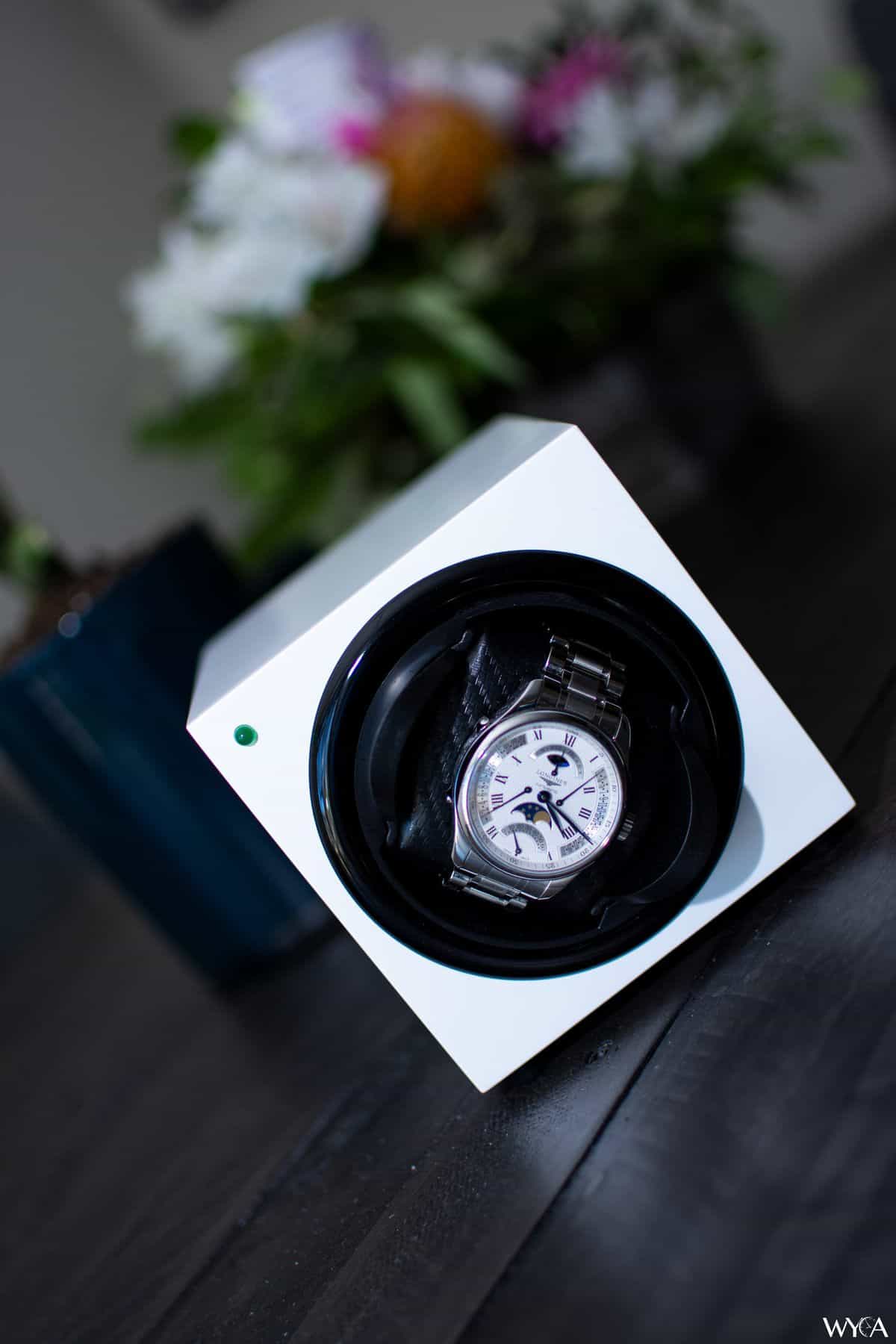 Minimalistic Design Language, Not Quite Perfected

After a recent main-room Marie Kondofication, minimalist design has begun to take root in my household. Gone are the wood-textured shelves and knick-knack laden tables, and in their wake are sleek white surfaces with nothing on them.

The Barrington Single Watch Winder comes in 13 colors, ranging from piano finishes in white, red, blue, yellow, green, amber, and black, to wood-textured versions in colors like rosewood, walnut, and so on.

I was given free reign of the non-wood versions, and so I chose a plain white finish as I thought it’d match my new minimalist self, and it does for the most part… 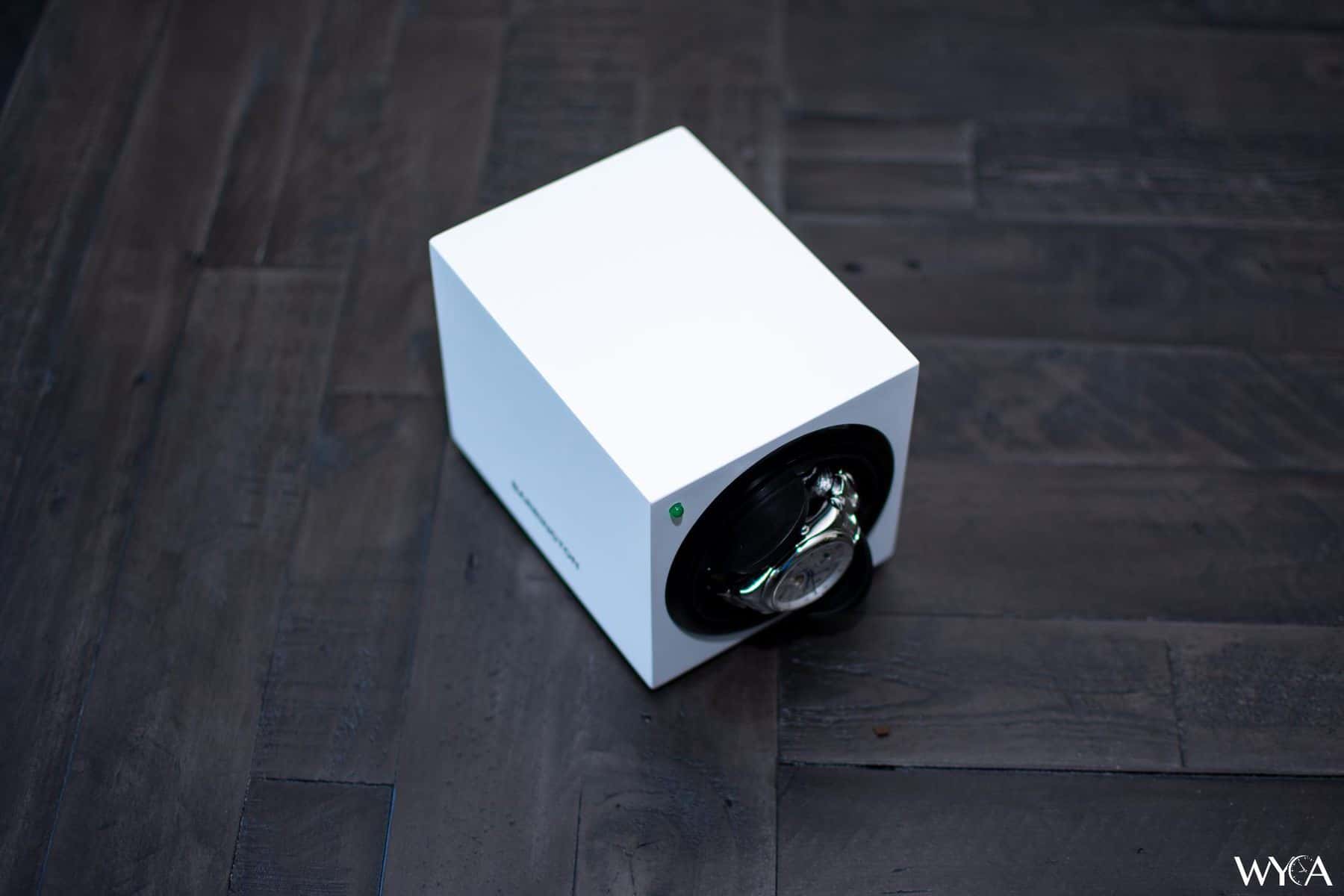 For some reason, during the design phase, Barrington decided to add a green LED that blinks when in operation. This LED, by the way, only appears on the flat color versions and would do its job equally as well were it on the rear of the unit vs. the front. Wooden winders have no such flaw (perhaps that’s part of what justifies the $220 premium wood versions have on the flat models).

Maybe I’m making a mountain out of a molehill, but I find that it completely ruins the aesthetic of the front of the winder.

Get Beyond Design Details & There’s a Solid Winder Here

Barrington advertises an ultra-quiet motor, and they’re right- when in operation you can barely hear it. You could have the winder in your bedroom and not be disturbed by it (unless the blinking LED would wake you).

You can also adjust the direction the winder turns, which is great because some watch movements are unidirectional and this ensures any watch can be wound via the winder. 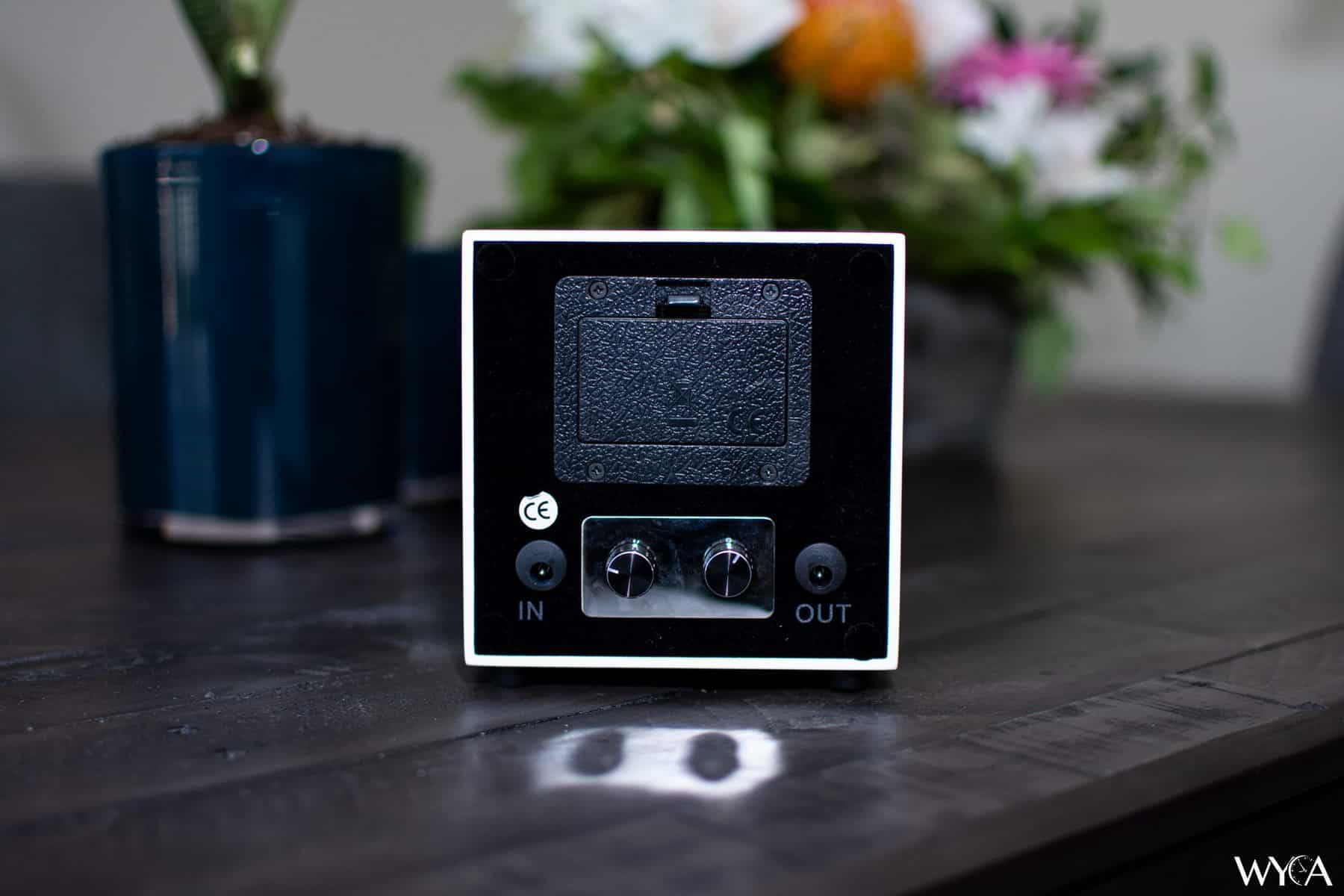 When ordering your winder you can choose between a standard cushion or a flex cushion (if you’ve got small wrists). Despite being a card-carrying member of the wimpy wristed club, I opted for the standard cushion and was pleased to see that it fits all my watch bracelets just fine.

The cushion comes out easily by pressing in on the plastic tabs on either side of it. The faux carbon-fiber texture walks the line between good looking and cheesy, but it does it pretty well. I like it. 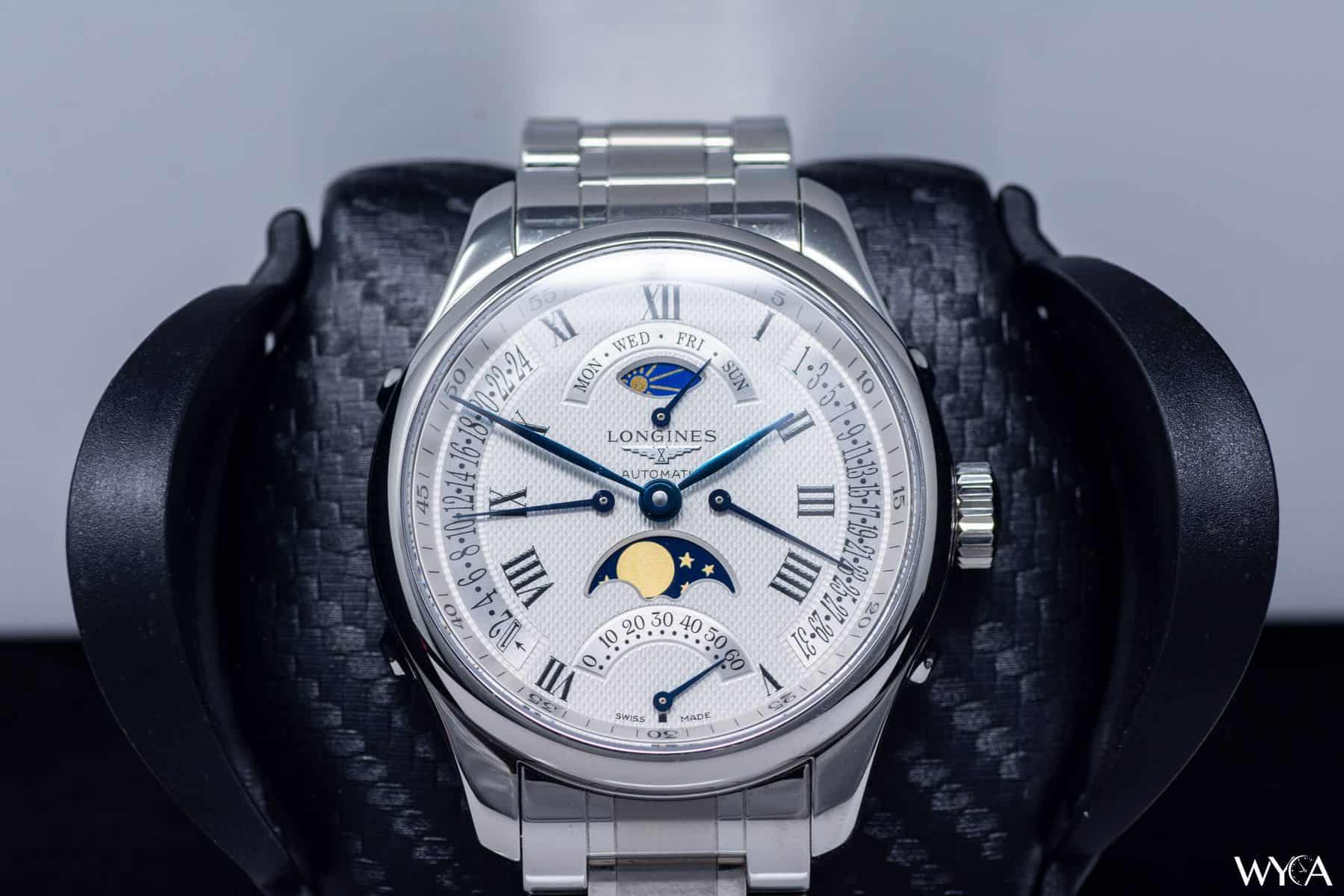 I also found the switch between batteries and AC power easy. Batteries provide a long-life and make the unit more flexible in terms of placement.

However, I prefer to use a power cable and not waste batteries. This is where my second major piece of criticism comes in: the short length of the power cable, which is only about 4′ long. A short cable like this really limits where it can go and still be plugged in, which I feel is an arbitrary limitation. Even a 6′ cable would greatly increase where it be placed. After all, outlets aren’t always in the ideal location.

Still, for nearly six months the winder has been turning and burning and it has yet to stutter. It works as good today as it did six months ago when I first got it. 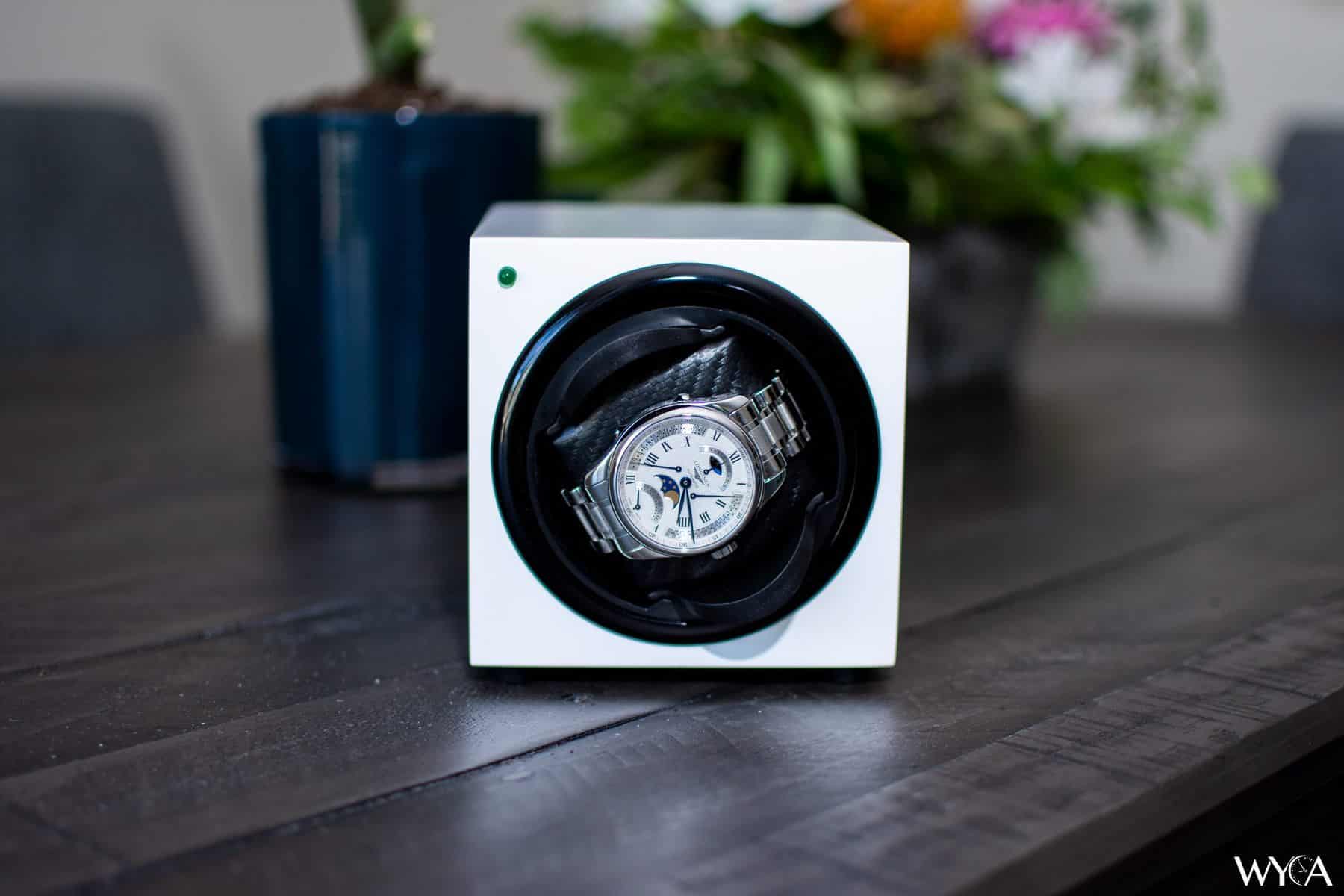 A Good Winder, but Not Without Room to Improve

I know that pointed criticism can come off overly negative, but despite odd design and practicality choices, Barrington’s winder is still quite good- and it could be even better if Barrington actioned the feedback I described above.

One thing worth considering is practicality: most enthusiasts have more than one automatic watch, and in that scenario, they’d probably be more interested in a multi-watch winder. Barrington also happens to have those, with models that can wind up to six watches simultaneously (but the price scales as the number of watches increases, of course).

If you aren’t as critical of the front-facing LED as I am, there’s no real reason not to consider this winder. It’s price competitive, made well (I didn’t find any obvious QC errors), and does its job in near-silence. It’s just too bad about the green LED on its face.