In the sub-$250 market Orient already has the excellent Bambino in three different varieties. The Symphony, which uses the same Caliber 48743 automatic movement as the Bambino, is a larger and more classical take on the affordable dress watch segment. It’s even more affordable than the Bambino- I nabbed the Symphony for $35 less than the V2 Bambino I reviewed a few weeks ago.

Despite its excellent affordability, the Symphony is held back by two problems: first, its classical styling is good but not great; and second, the Bambino is a better looking and more unique watch. It would seem that the biggest challenge for the Symphony isn’t its own merits, but rather that it exists alongside the more interesting and better looking Bambino. 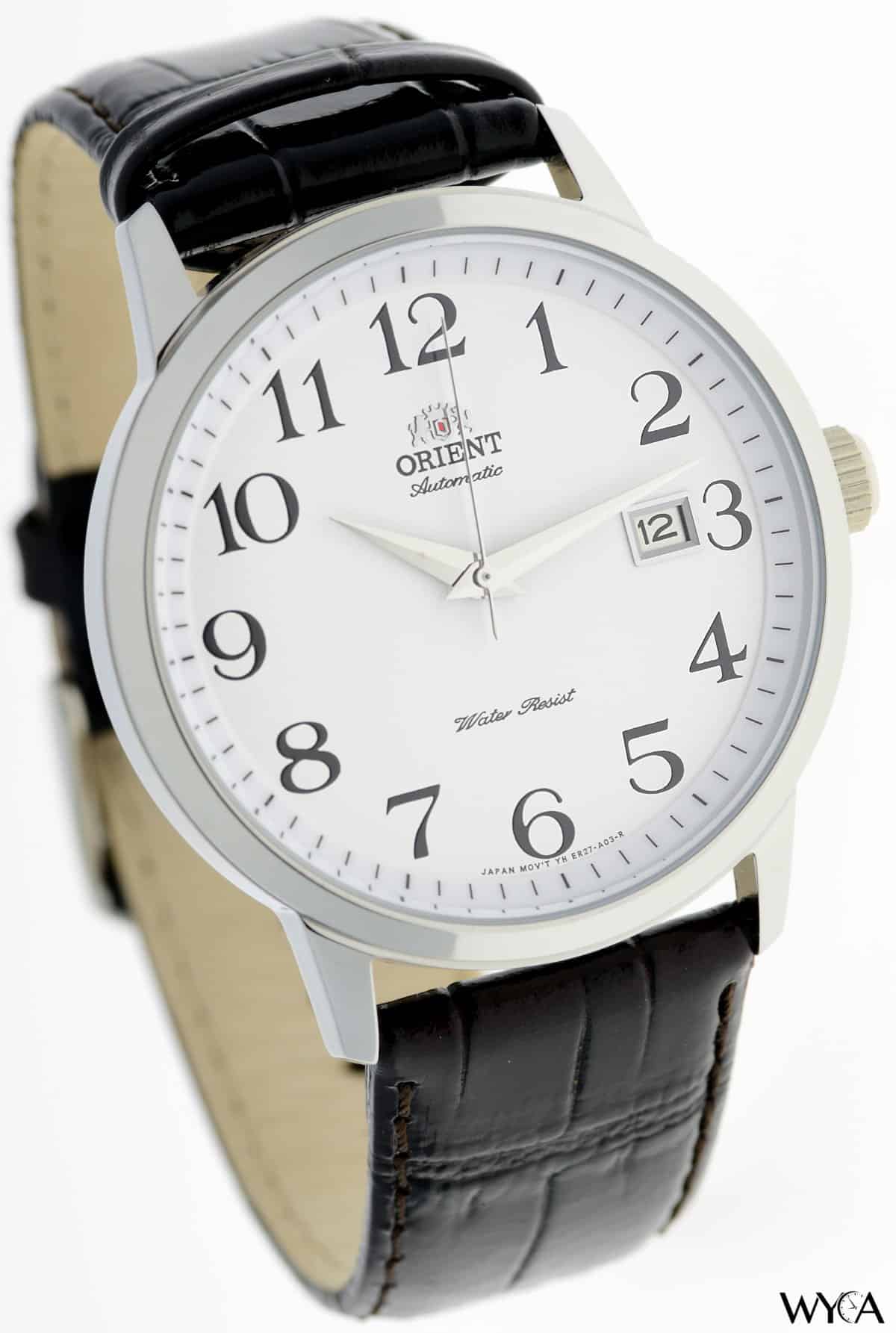 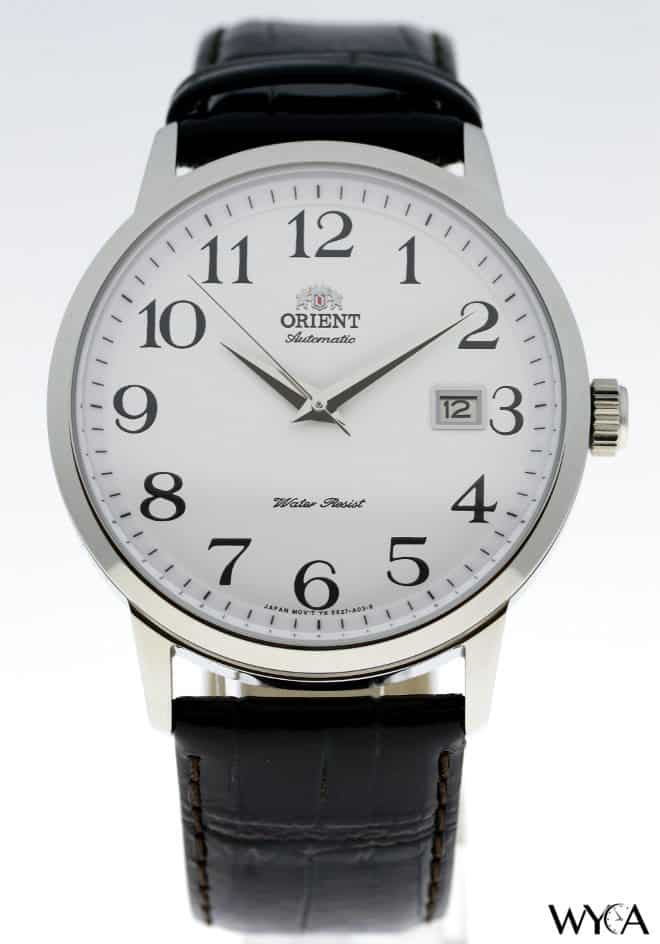 The Symphony is a very traditional watch. It doesn’t venture into any kind of exciting design territory, as Orient chose a very simple (and common) configuration for the dial.

Unfortunately, while Orient certainly achieved the classical aesthetic they were going for, the overall look is more on the “ho-hum” side of handsome. The Arabic numerals are too big, taking a face that could have looked discreet and minimal and instead making it look crowded.

The Bambino’s stand-out domed crystal is a big part of what makes that watch special; that stand-out piece is it’s “killer app”. The only stand-out part of the Symphony is its position as an ultra-affordable auto. Visually, it’s a vanilla and safe piece that is easy to tell time on.

What the Symphony has that the Bambino doesn’t is an exhibition caseback. It’s a shame that Orient didn’t decorate the movement at all; the movement bears lightly engraved brand and model information, but is otherwise devoid of any markings. This feels like a missed opportunity. On the Bambino the movement is hidden, so why not dress it up when it’s on display in the Symphony?

Aside from so-called missed opportunities, the brown crocodile-grain leather strap pairs well with the dial. Orient wisely decided to endow the Symphony with 22mm lugs, so you can swap said strap out easily enough if you want to. 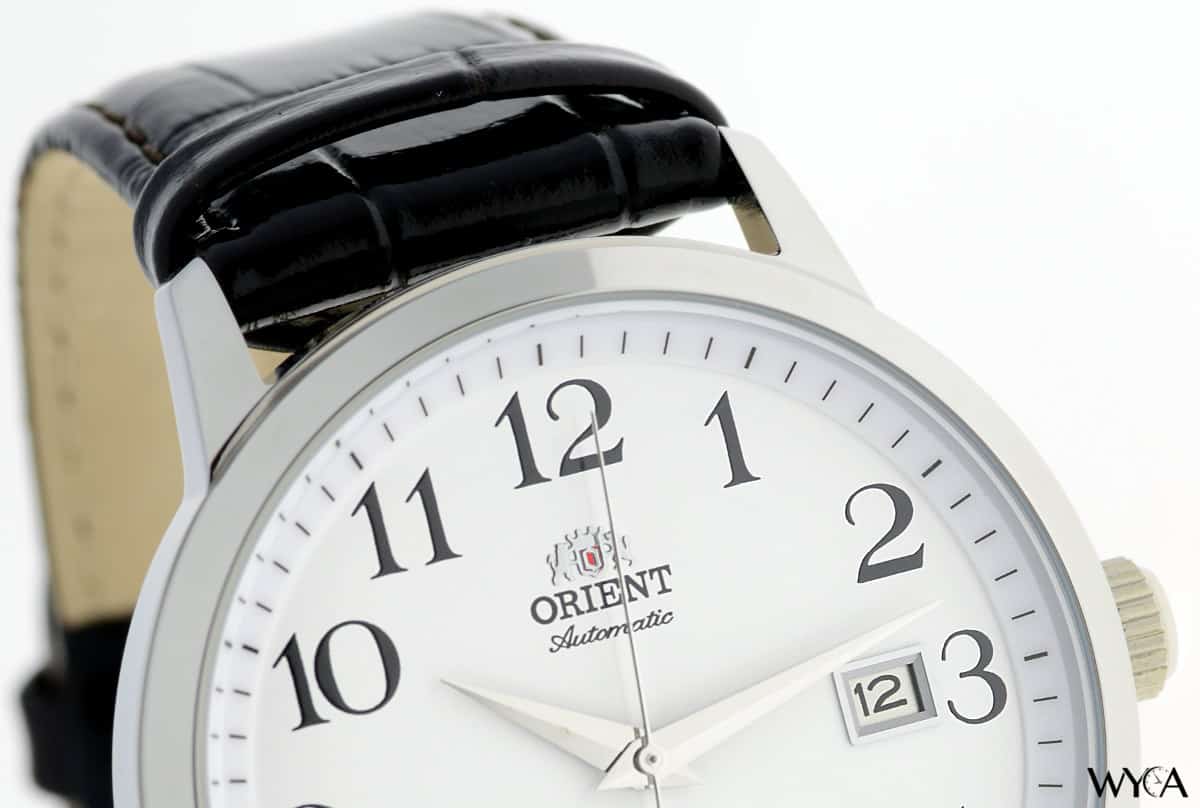 This is the third Orient watch review I’ve done, and like the other two, the Symphony feels well built. The rotor precisely winds the movement, the hands are properly aligned, and the movement feels taught and firm when operated.

The mineral crystal is perfectly flat and is raised half a millimeter above the case. The dial looks recessed with an inhwardly-sloping rim. The hour markers are printed on the dial and appear to be well done.

The case is pretty standard for the price range. It feels as well built as the other Orient’s I’ve reviewed, and because of this, I suspect it will keep looking good for quite some time. If it does start to show its age, you can polish it easily enough.

When I reviewed the Bambino I complained that the strap wasn’t as comfortable as I’d like it to have been. Happily, the Symphony’s strap feels softer and more luxurious. It’s lightweight and comfortable to wear for hours at a time.

The clasp is a standard stainless steel buckle. It holds securely when fastened and won’t come loose accidentally. 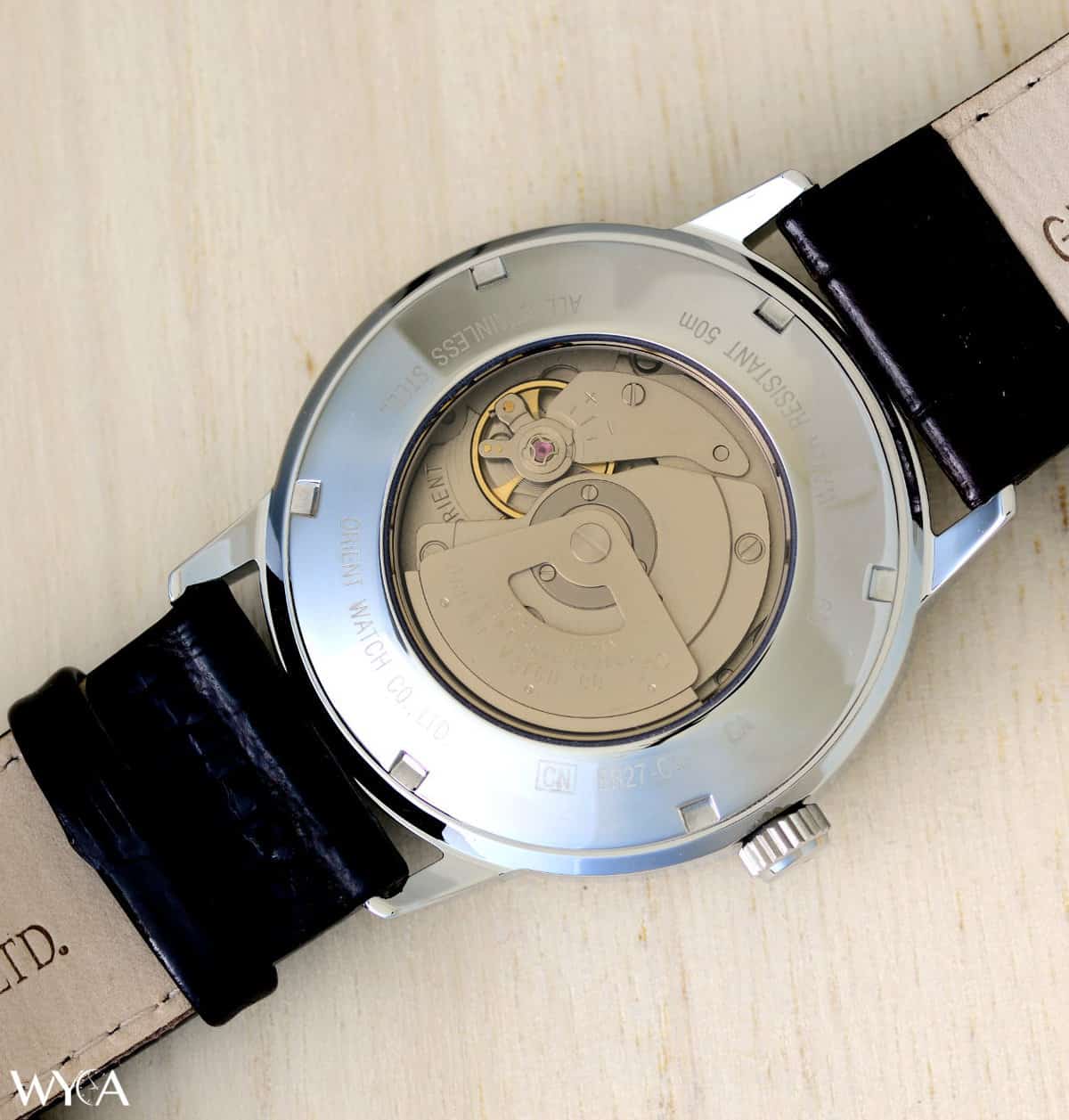 You don’t usually see an in-house built movement in a watch that sells for $200. Most watches in this price range use Japanese automatics (the Miyota 8215 is popular) or Chinese automatics (Sea-Gul movements are popular). In the Seiko 5 you see the Seiko 7S26 movement, and Swatch uses the ETA C10.111 automatic in the Sistem51 series of watches.

Where a lot of movements in this price range incorporate plastic parts, the 48473 is all metal. It’s widely known to be a tough, reliable movement. There are mixed feelings regarding accuracy, with the general consensus being that it’s not necessarily as accurate as it is consistent.

According to toolwatch.io, this one is -18 seconds per day.

Are You Sure You Really Wouldn’t Rather a Bambino?

I’ve come to appreciate Orient as a manufacturer, especially when looking at their entry-level automatics like this one. Despite my disagreements regarding the Symphony’s face, this is a structurally and mechanically-sound watch. It feels like a cheap shot to bemoan a watch over something so subjective, but it’s hard to ignore the elephant in the room: the Bambino.

The Bambino, which uses the same movement, is built just as well, and is a much more attractive watch overall. The Bambino comes in three different versions, each with distinct combinations and variations, making it hard to enthusiastically recommend the Symphony over what is essentially the same engine in a more attractive body.