It’s not often that you find something rocking a black on green color scheme; it’s even less often that you find a watch that proudly places its quartz movement on display. On looks alone the Accutron II Alpha already stands out, but it’s the movement inside that is the real showpiece.

A re-imagining of the Accutron Spaceview Alpha’s from the 1960s, the modern Alpha boasts the highly-accurate Precisionist movement and a similarly distinct look.

After many hours of wrist time, I’ve got a good understanding of the Alpha and what it’s all about. It’s a welcome addition to my collection, and it might be for yours as well. 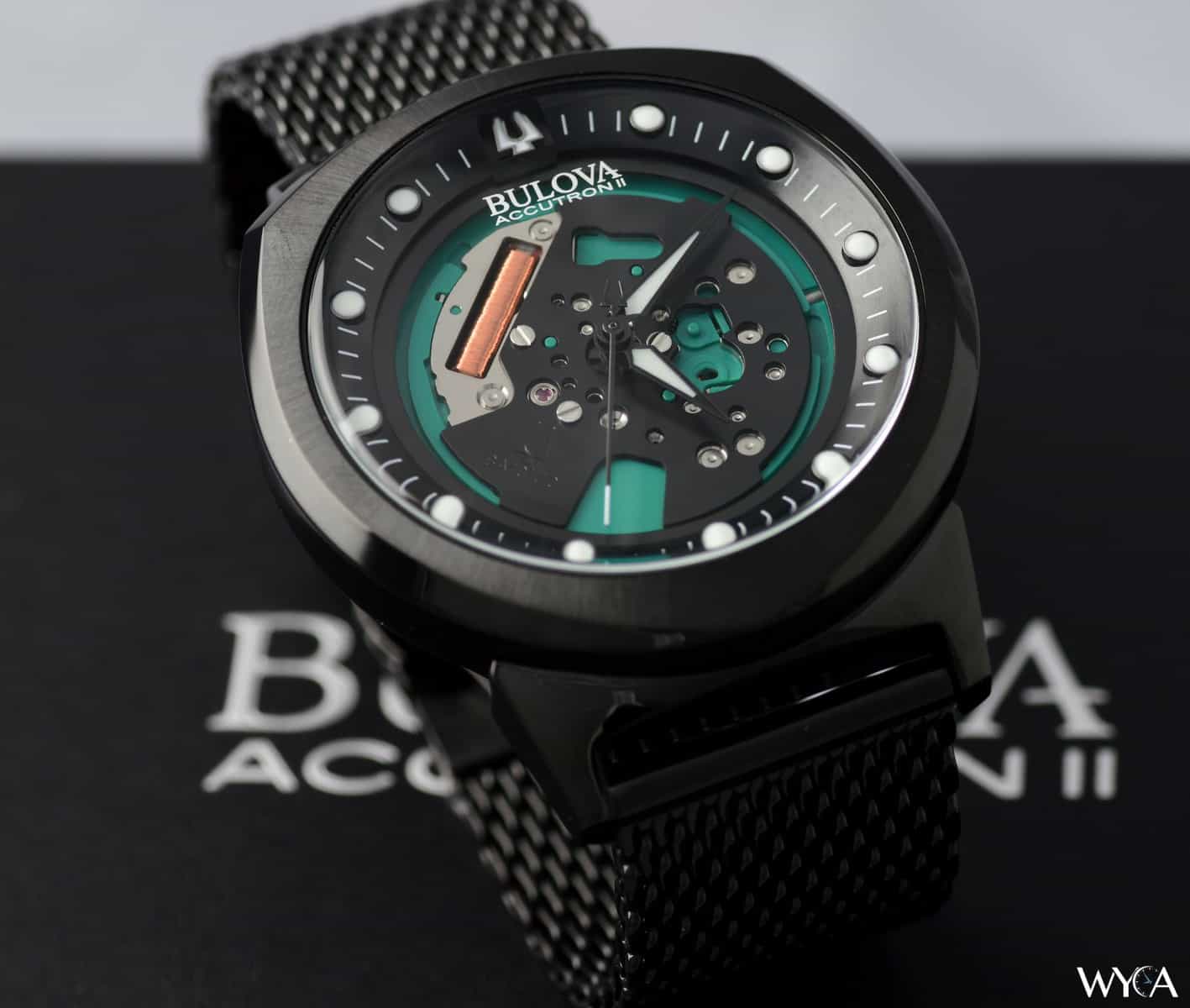 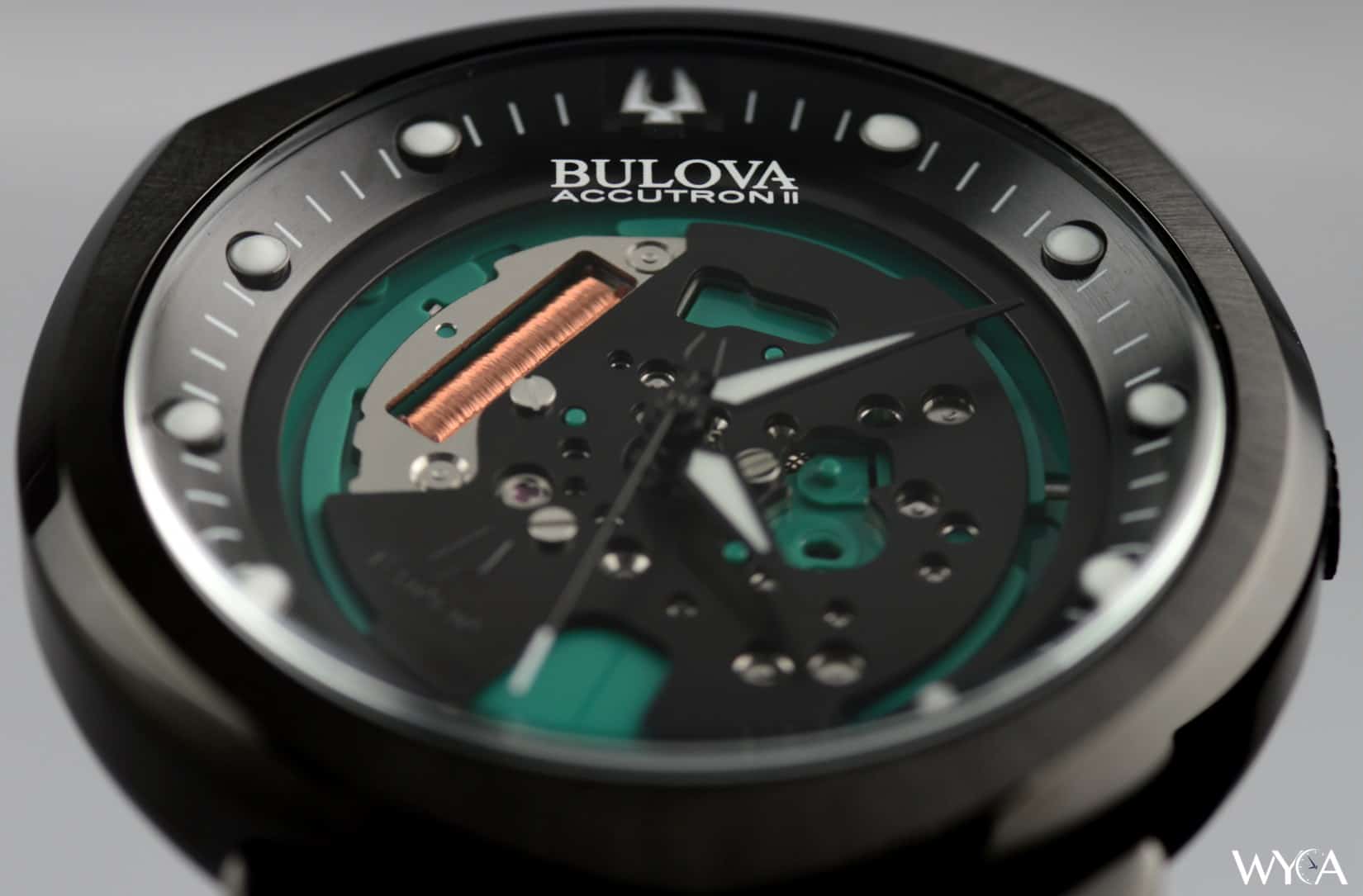 Bulova has shaped the Alpha like a police officers badge. This one distinction separates the Alpha visually from any other watch in its class. Mated to a black stainless steel mesh bracelet, the overall look is quite sporty, with just enough restraint thrown in to keep it reasonable.

Next to round faces and polished cases, the black on black case and dial stands miles apart. The high-frequency movement is on display here; Bulova has done a great job showcasing the components without being obnoxious about it. The overall look is very sleek, with the recessed and engraved crown flush with the side of the case. 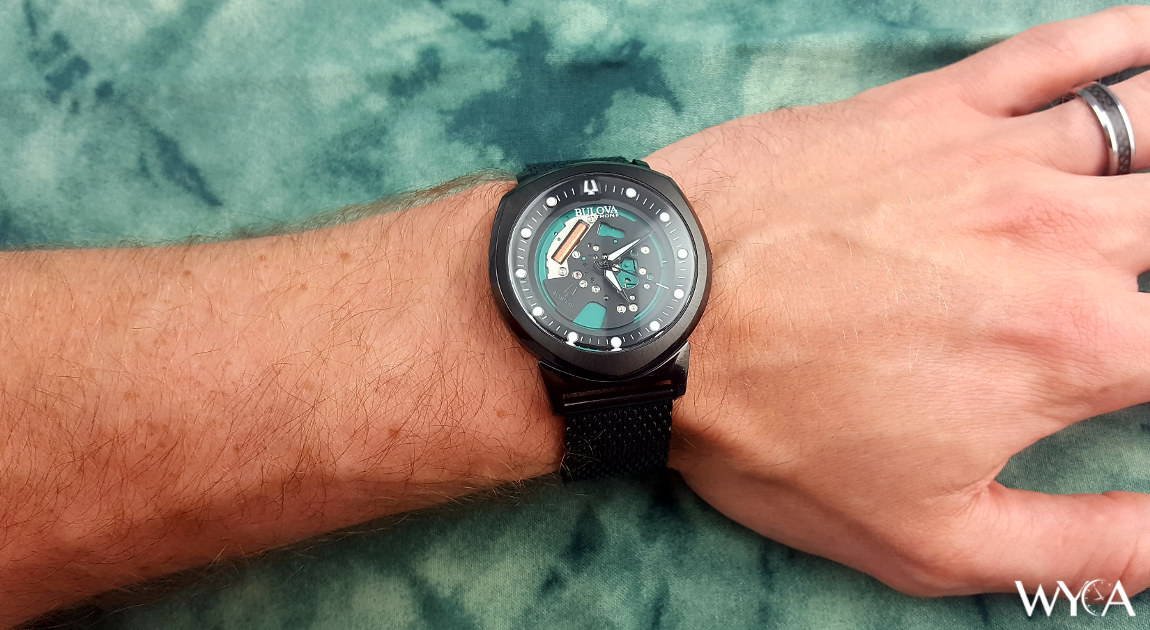 The lume on the hour markers and hands is bright, though I felt it faded pretty quickly. Aside from that, my only real complaint aesthetically is Bulova’s choice to omit an anti-reflective coating on the crystal- it’s a pain to take photos of, and it forces you to look at the Alpha nearly dead-on (lest you see a reflection of the surrounding scenery in the dial).

It’s thin on the wrist, with a bit of weight to it. It isn’t heavy; it has just enough heft to feel good.

Bulova watches are generally well-made, and the Alpha tows the company line in that regard. Tolerances are tight and the black coating on the case is applied well (the same can’t be said for the bracelet, however).

I’d have preferred to see sapphire on the Alpha, but at the $200ish street price, it’s not surprising to see mineral used instead. The crystal domes slightly and has “Bulova Accutron II” printed at 12 o’clock.

The case on this model is finished in black, though other models come in gold or steel. I prefer the gold and brown version (model 97A110) aesthetically. The case feels like a quality unit, as does the recessed crown when pulled to set the time.

The dial is the showpiece, and it does not disappoint. It is well appointed and precision-machined, looking great up close and under zoom.

The deployment clasp is average. It closes with a satisfying “click” but feels mushy when opened. It feels quite strong, however, and won’t open unexpectedly.

The underside of the clasp and bracelet show some wear, with most relegated to the remaining removable links. 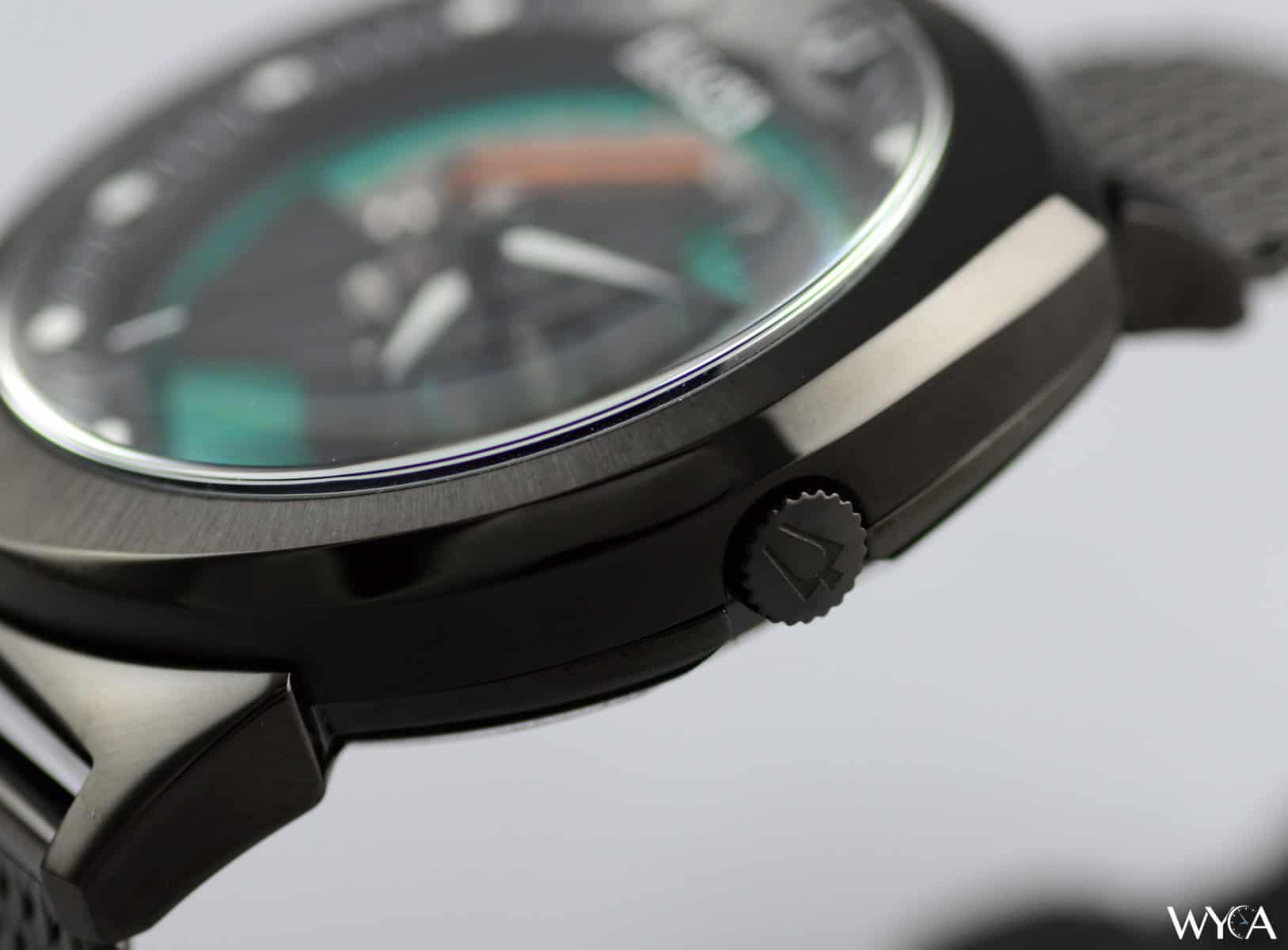 Bulova touts the Accutron II as a “high performance quartz”, and marketing speak aside, it does a good job fitting that description. It runs at a frequency of 262 kHz and has 8 jewels.

Because of its high frequency, the seconds hand on the Alpha sweeps the dial as it marks the passage of time. It is quite smooth, with no noticeable tick at all.

According to toolwatch.io, the BA101.10 inside this Alpha is accurate to -2 seconds every 10 days. That works out to about -6 seconds per month, which really is quite good.

Bulova watches come with a three year warranty, including the movement. Reliability generally isn’t a concern with Bulova’s, but it’s nice to have such a long warranty just the same.

How to Set the Alpha

The Accutron II Alpha Is a Fun, Unique Watch

It’s not often that you’ll find a genuinely interesting quartz timepiece for under $200. With no cheap gimmicks used to lure you in, the Alpha relies on your interest in the quartz movement that it proudly displays on its dial.

Everything about it, from the shape of its case to the green on black color scheme, is made to be interesting. Select screws and gears on the dial are deliberately exposed, reminding you of the attention to detail applied to the Alpha whenever you check the time.

The version I’m wearing here is good, but the other versions are better looking in my opinion. If you like how this one looks, though, you’ll really love how it wears.