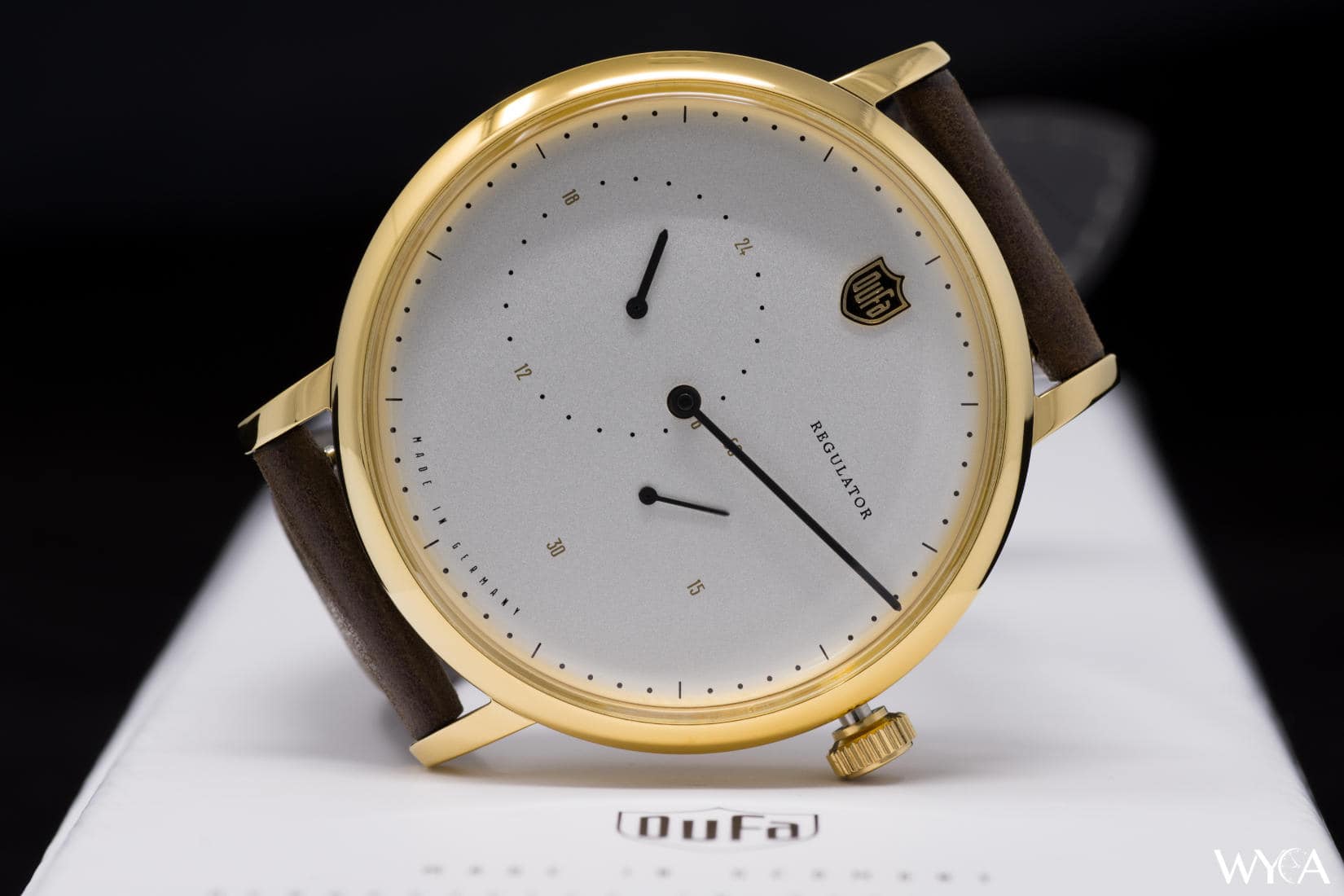 Every Collection Needs a Regulator, and Here is a Fine Example of One

Especially when said regulator is adorned with a gold-plated case and excellent craftsmanship. DuFa, in its modern iteration, is a revival of a German watch/clock brand that hails back into the early 1900s. Like the James McCabe I tested not long ago, and numerous other contemporary brands, the brand is vintage in its namesake only.

Those looking for historical horological significance will likely overlook DuFa. Deutsche Uhrenfrabrik – aka, DuFa – is a brand that has flown underneath the radar, as they compete in a sea microbrands and Kickstarter success stories. In today’s environment, it’s difficult to differentiate yourself and there are a lot of up and coming indie brands out there. But DuFa stands out, and so do their watches.

Take, for example, the Aalto Regulator I have here. The German roots of its style are undeniable – clean shapes, a bold face, and minimal distractions – and the mechanical heartbeat, care of the Miyota 8217 automatic ticking within, is found in hundreds of watch models the world over. A blend of sophisticated style and practical engineering- very German.

In today’s world, aesthetics are far from what defines a timepiece, so let’s spend some time together exploring what defines this one. 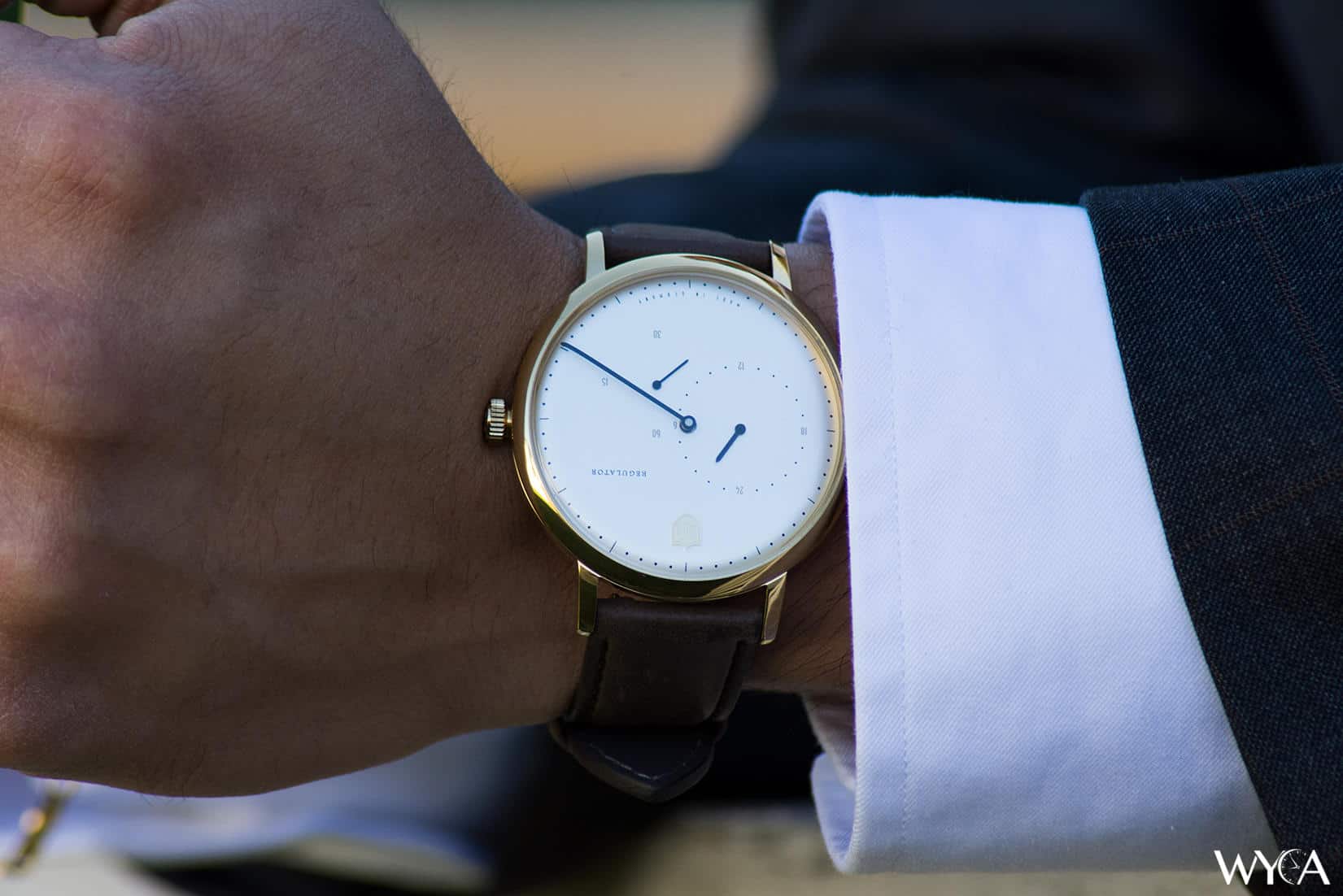 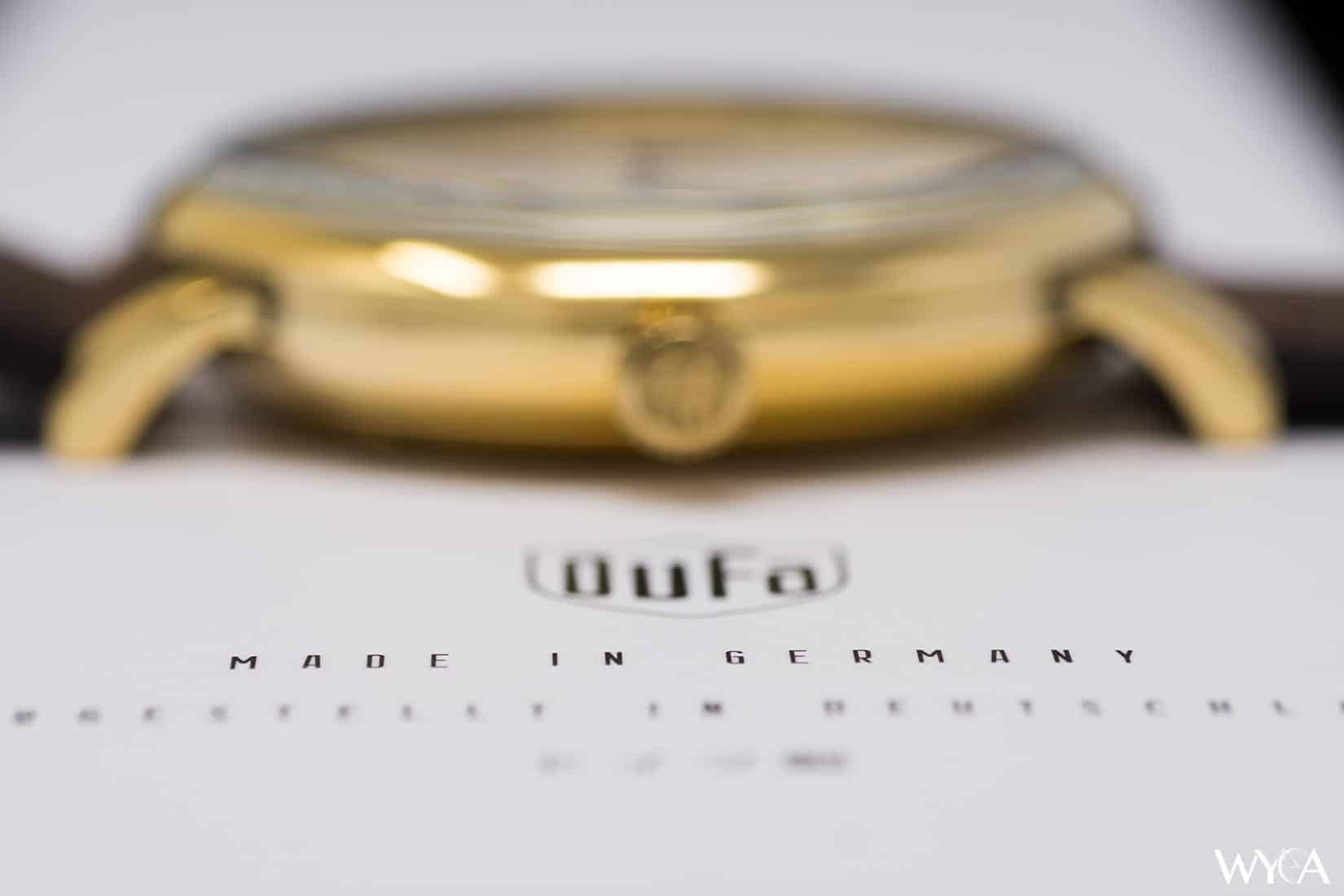 Making waves for the past several years, the modern incarnate of DuFa is focused on Bauhaus-style design and fine craftsmanship. Their initial models were exclusively quartz, but of late they have been refocusing their lineup around automatics.

As a microbrand, they clearly have their style and purpose at the front and center of everything they do. I’m interested in seeing how they progress and grow over time (pun intended). 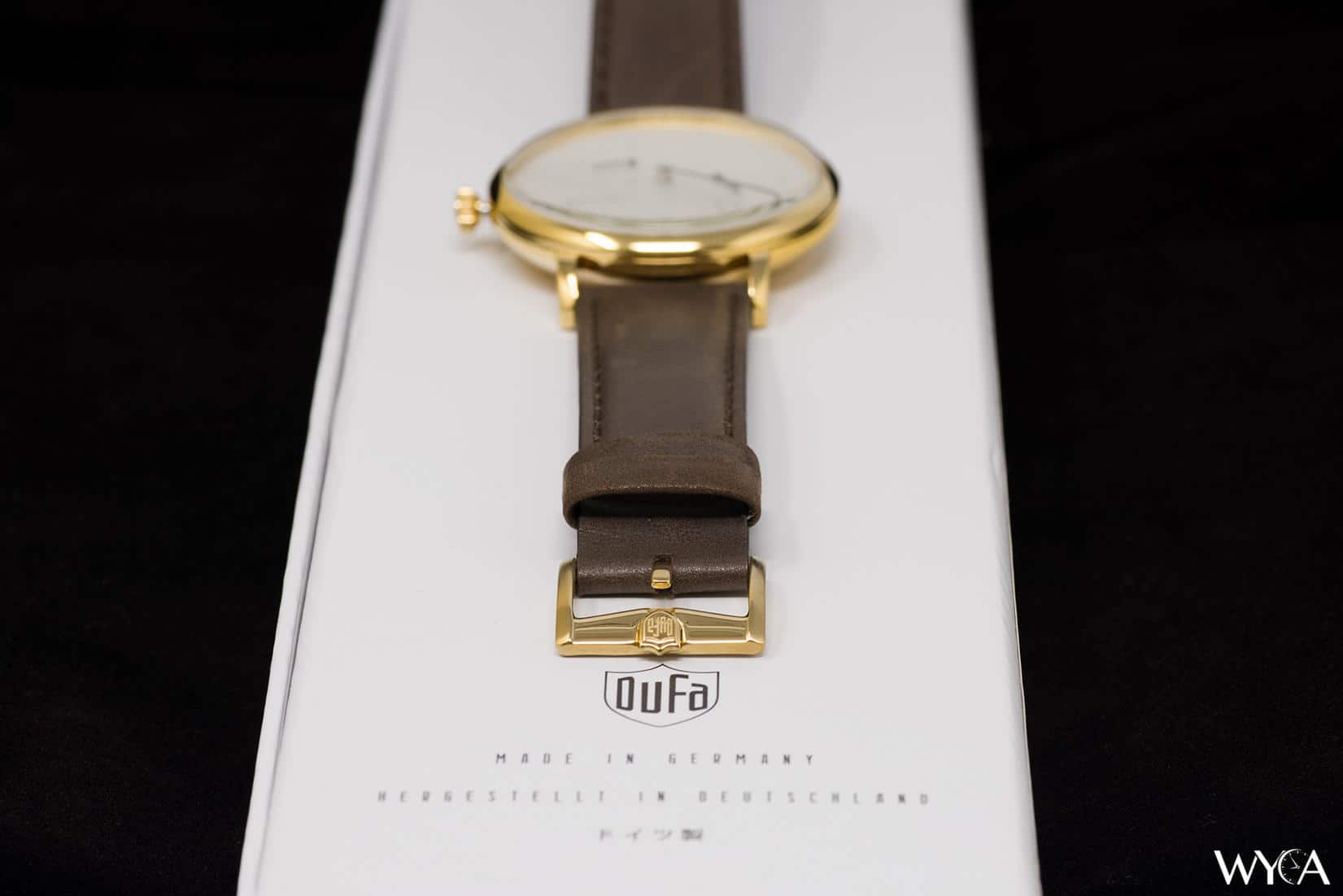 From Germany With Love

Have you come across a watch – perhaps a Nomos, Junkers, or Zeppelin – that touted Bauhaus-inspired design and not really known what that meant? You aren’t alone. DuFa is another brand that speaks lavishly of its Bauhaus inspiration, but what does that really mean to you?

From 1919 to 1933, Staatliches Bauhaus was a German art school that became famous for its focus on modernism. This fame, rightly earned, brought forth a wave of design in all things – from cars to clocks to, yes, wristwatches – that placed emphasis on simple and rational design. A tenant of Bauhaus teachings is that mass production does not necessitate a separation from the beauty and artistic value of a thing, and in fact, that those two things could be one and the same. Thus, Bauhaus design.

We see this often in some of the more recognizable German watch brands. NOMOS Glashütte is what comes to mind, where Bauhaus design is more than their style of choice, but also foundational to their brand and stylistic identity.

In this way, DuFa has successfully drawn from and added to Bauhaus design. Their inspirations are clear and appreciable; most importantly, they’ve simply done an excellent job styling the Aalto.

Style Without Substance is Empty, But That’s Not a Problem for the Aalto

If there’s a complaint to be found on the watch, it’s here. Compared to other regulators, such as the Jazzmaster Regulator I reviewed a few years back, telling time on the Aalto is more difficult – if only just – because of the 24-hour subdial.

Regulators separate the hours, minutes, and seconds hands and the Aalto has done the same, but in place of the traditional 12-hour display for the hour hand, they’ve instead opted to use the 8217’s 24-hour indicator. For the purist, this may rule the Aalto out as a “true” regulator, but for most of us, it’s simply another design choice that we may or may not appreciate.

With a watch like this, and more specifically at this price, you have to expect that concessions were made somewhere and it’s here in the movement that you’ll find them. To be clear, $530 is inexpensive for a Regulator, but those seeking a more upper-end movement will be disappointed in the non-hacking Miyota used here. 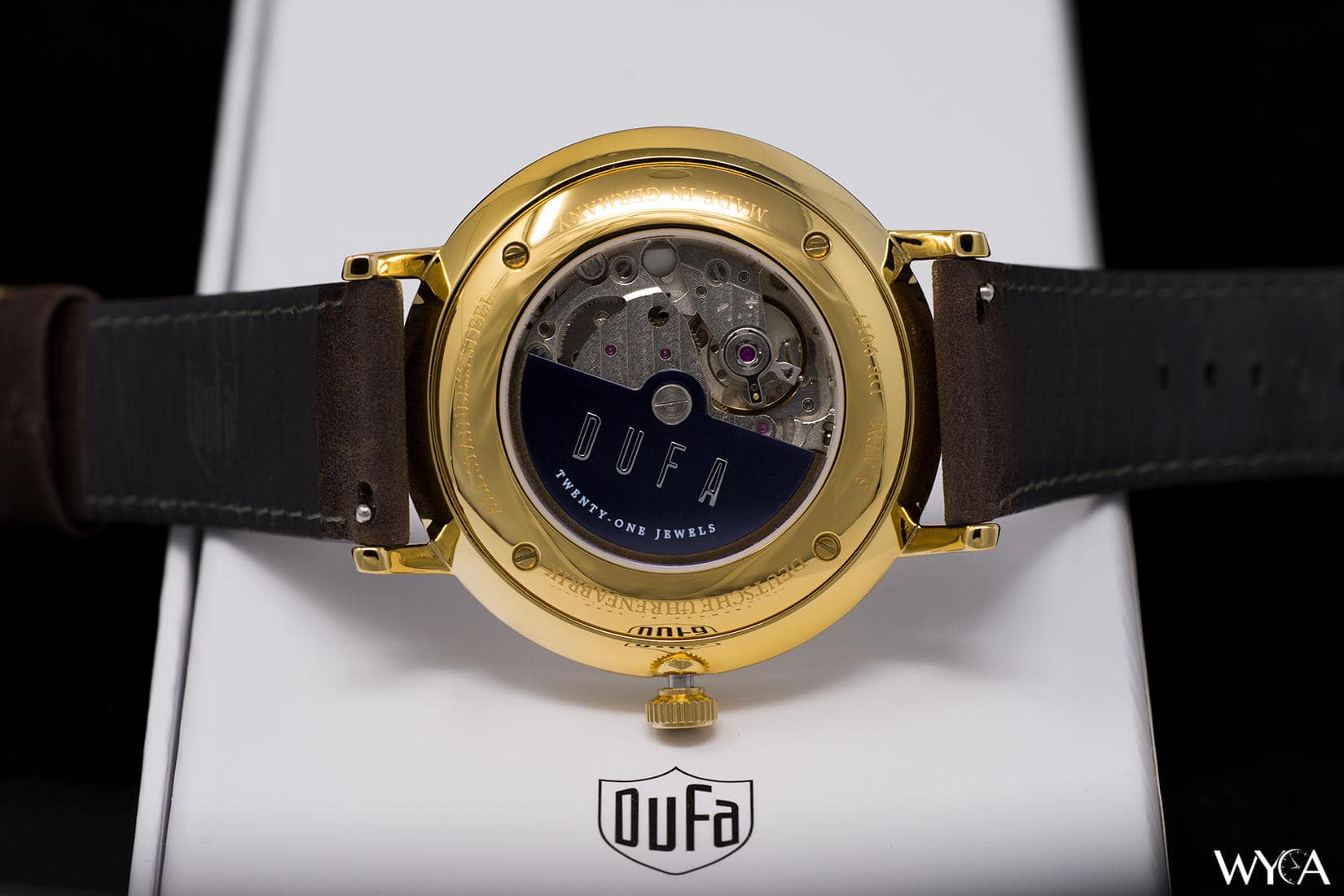 If the movement is the only concession made, then you’d be right to infer that the rest of the watch – its build, presentation, and overall quality – is up to par. It is, and honestly, among the best I’ve seen from a microbrand.

There’s always a layer of apprehension that exists when reviewing a microbrand. On one hand, I don’t want to take away from someone’s hard work, but on the other, I’m almost certain that I’ll find obvious flaws in the workmanship once I get it behind the macro lens. Today is not the day for that conversation. In fact, the DuFa is made as well as any other timepiece I’ve come across. 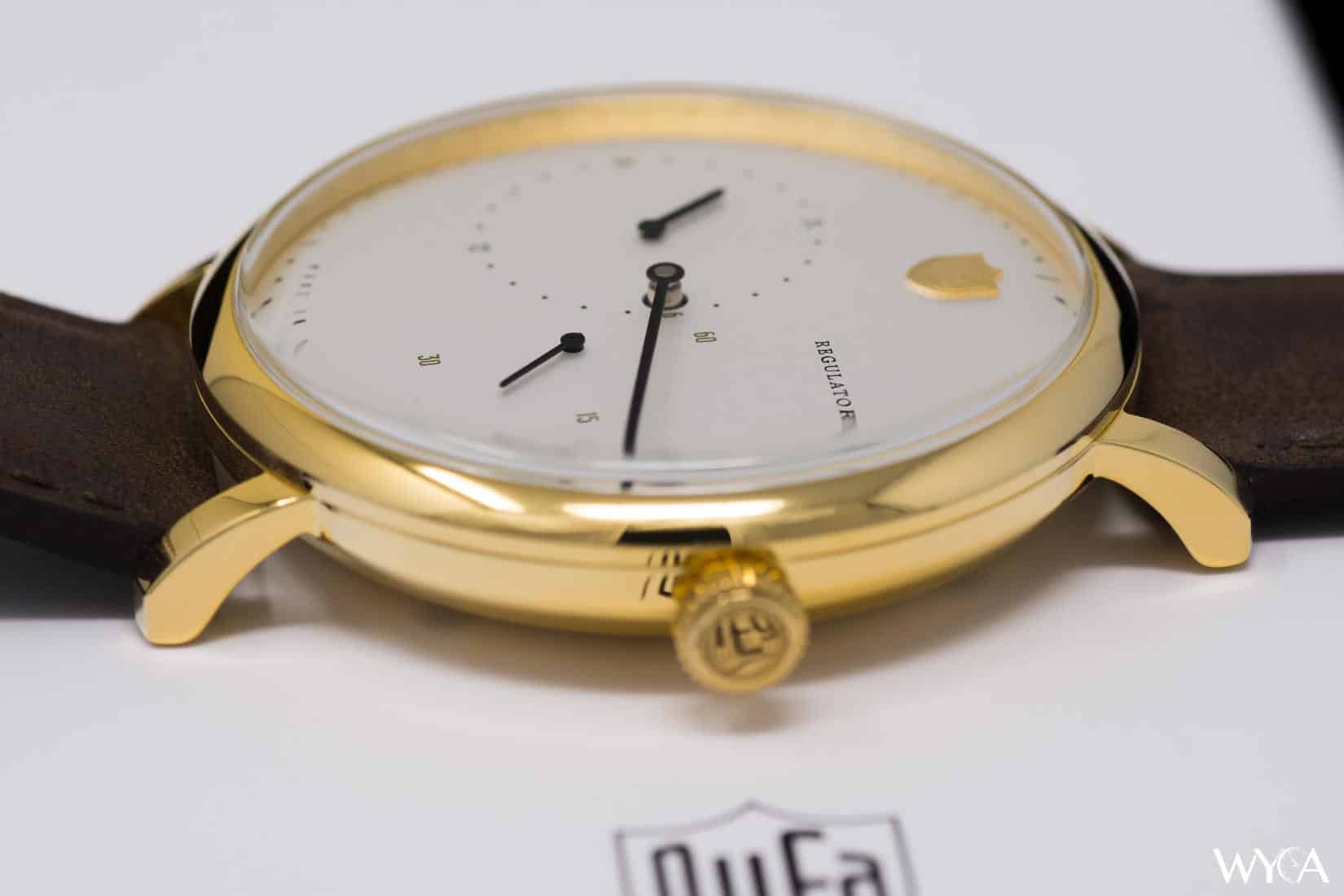 The dial is textured – like a coarse paper – and the hour markers are printed directly to it. Only two places on the DuFa are applied: the logo at 12 o’clock, and the customized rotor with DuFa branding. Otherwise, the dial is printed, and its printed well.

Tolerances are tight and, notably, the exhibition caseback shows off a clean and well-prepared Miyota 8217 with a customized blue and steel rotor. A fine contrast. 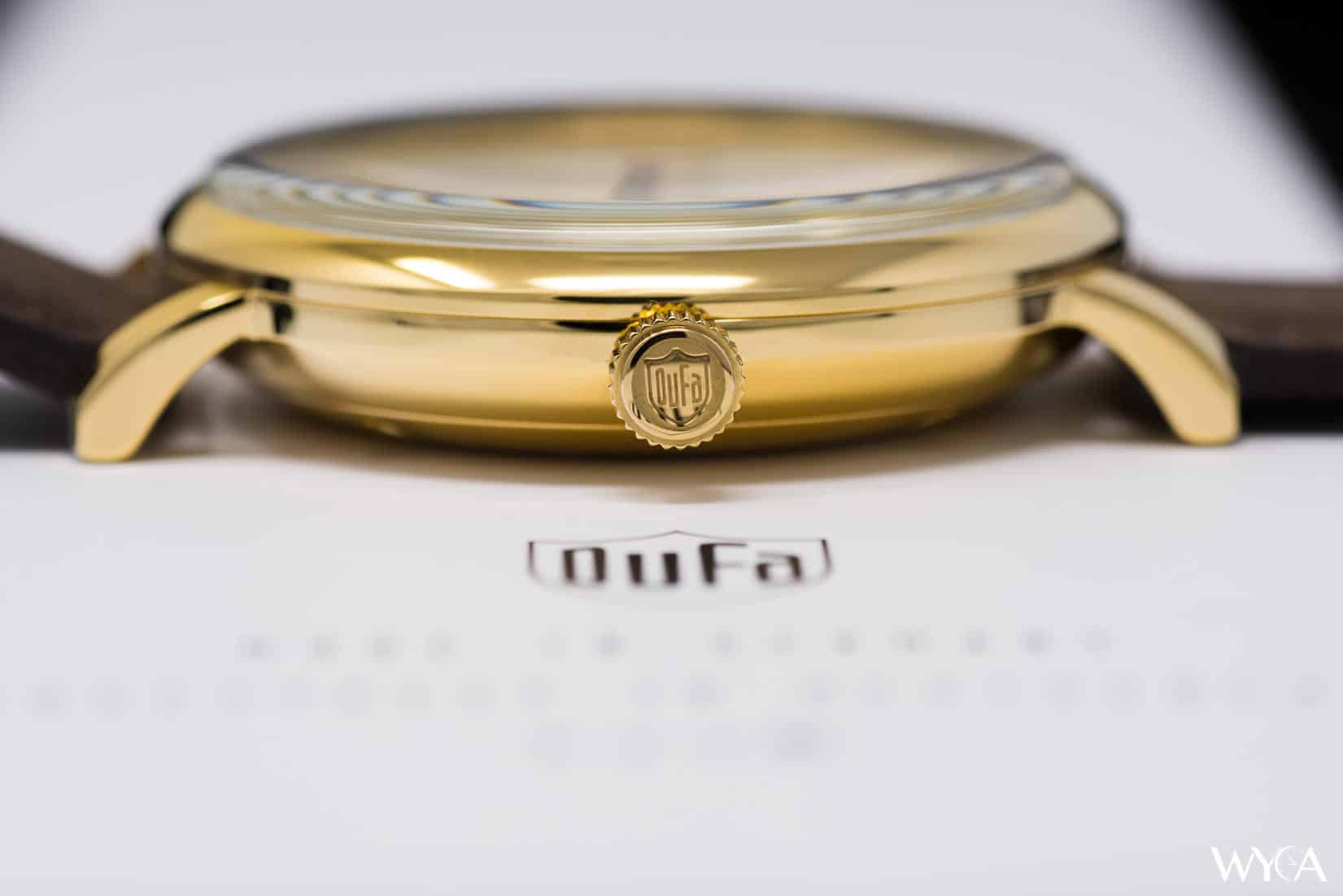 The quick-release leather strap is attractive and comfortable to wear, and the buckle – which I wish was a deployant – is branded and engraved (as is the crown). All the details are covered. 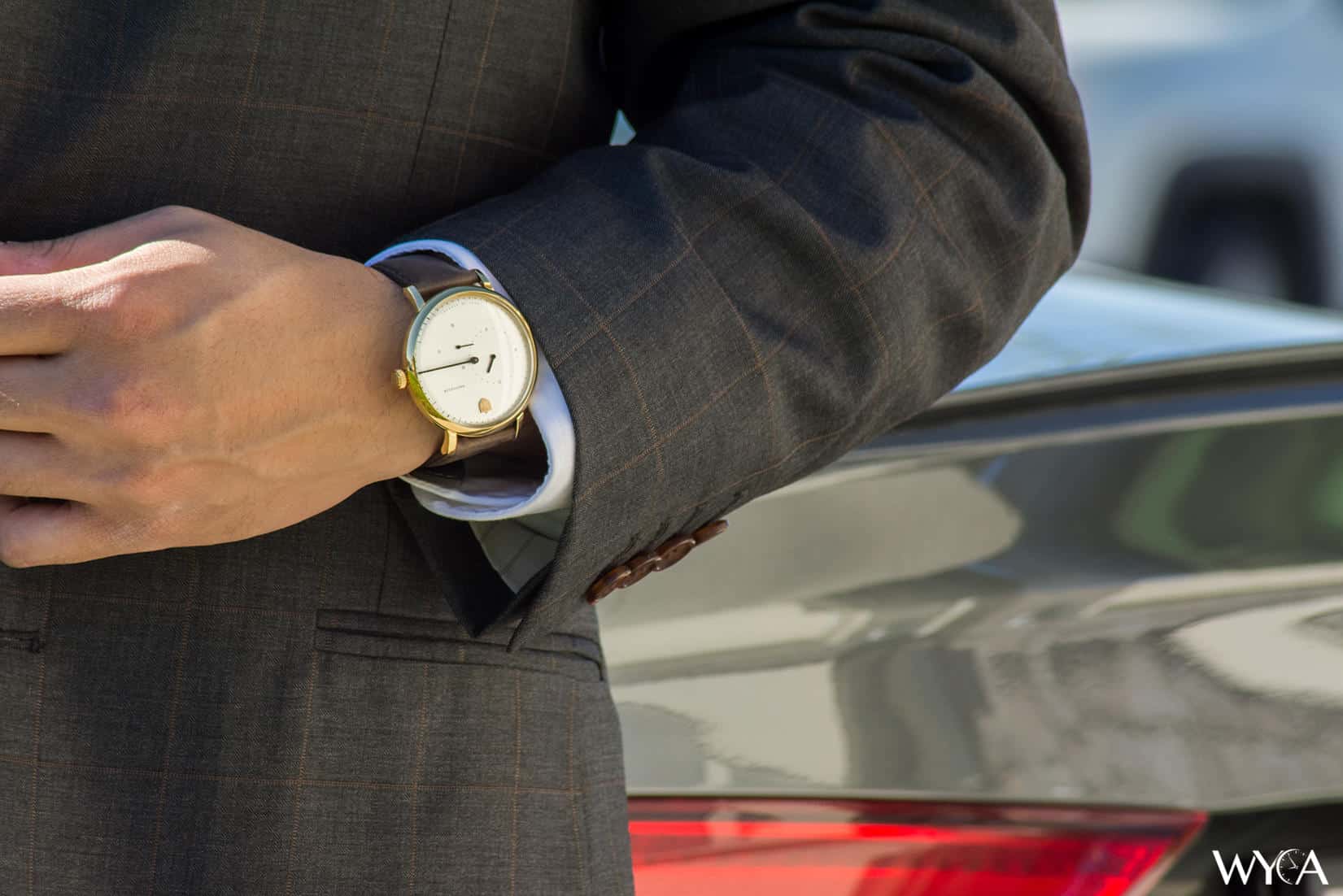 An Excellent Example of Independent Watchmaking

I do not subscribe to the notion that a watch needs to have horological significance to be good. I think that the only thing a watch needs to be good is to be objectively good. A watch is more than a statement, though it can also be one, and statements don’t rely on tenure so much as they do on the impact and integrity of their message.

It’s easy to fault and overlook the Aalto Regulator because of the 24-hour dial, but that would be a mistake. The character it gives the watch is something worth noting, and considering the watch itself is a fair value and excellent demonstration of independent watchmaking, it’d be a case of missing the forest because you don’t care for the look of a single tree.

Consider the larger value proposition: a great-looking timepiece powered by a reliable automatic. In style alone, the Aalto is ahead of most, but in personality, it delivers in Bauhaus-inspired spades.