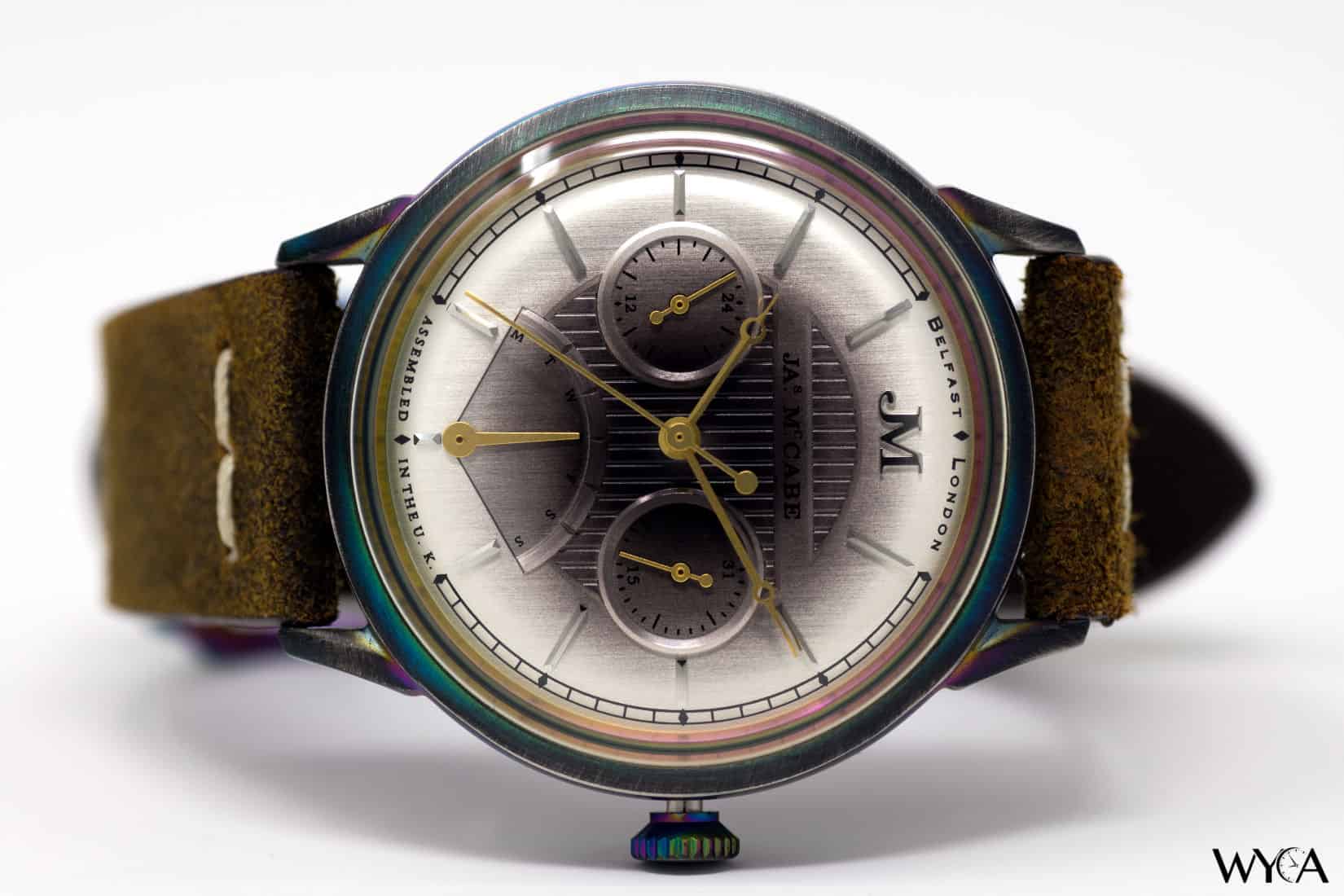 Six weeks back I received an e-mail from Drew Meyer, who represents several watch brands. Among them is James McCabe, a highly-stylized microbrand that is doing what brands like Lucien Piccard should have done. Not long after that e-mail, the Heritage Retrograde arrived at my doorstep – courtesy of Drew – and it has commanded my interest ever since.

As the photos within this review will undoubtedly show, the Heritage Retrograde – a sub-$300 quartz casual watch – is among the most excellently styled (and stylized) watches I have come across in a good long time (if not ever).  I’ve shied away from microbrands lately due to the feeling of “lather, rinse, and repeat” that I was starting to sense after receiving watch after watch that offered the same story and the same components.

But not the Heritage Retrograde. Not by a long shot. If this watch is anything, it’s a shining example of how you can build something genuinely gorgeous, price it right, and look like a champion in the process… if you really wanted to.

And I’m so glad they did. Let’s check this beauty out. 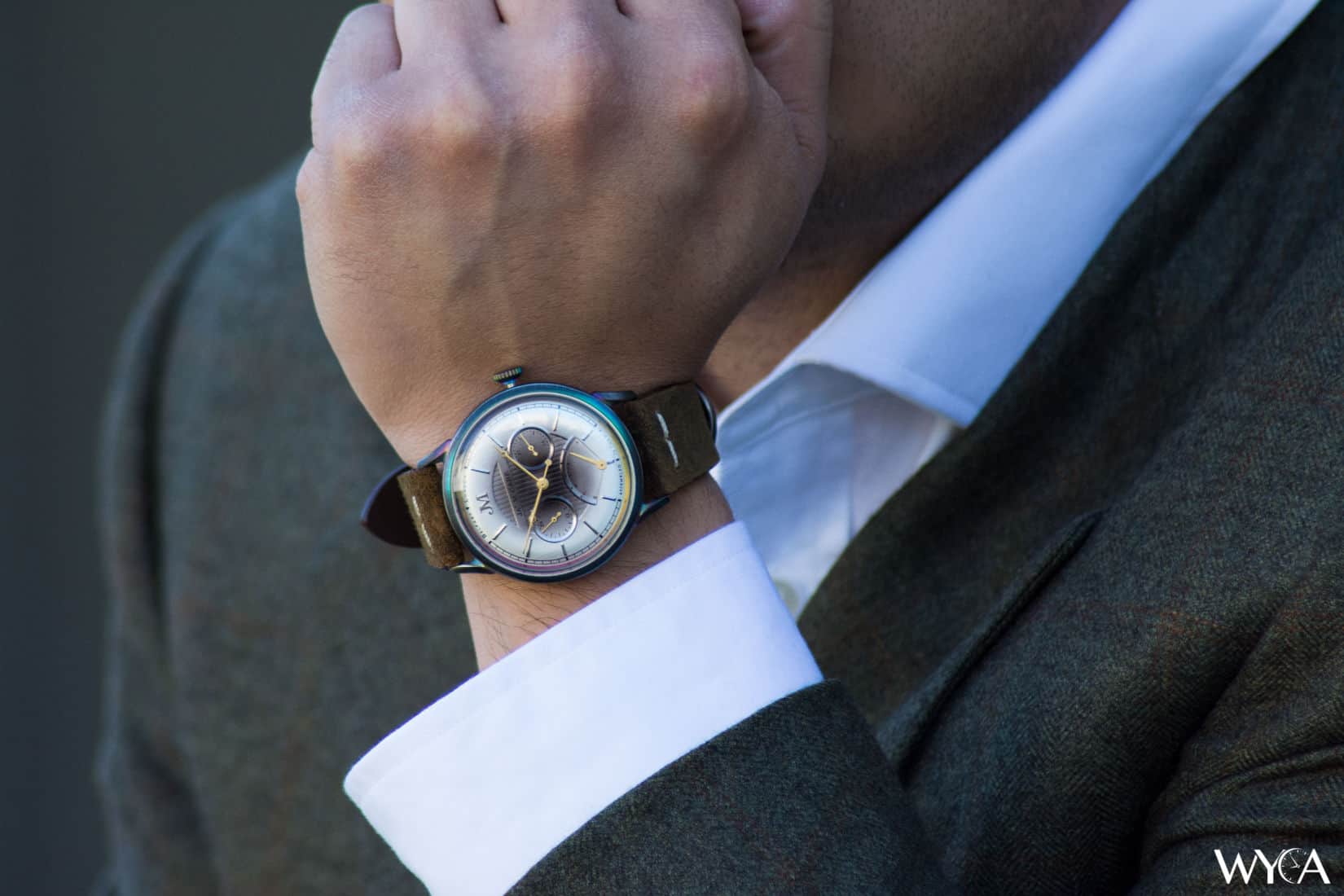 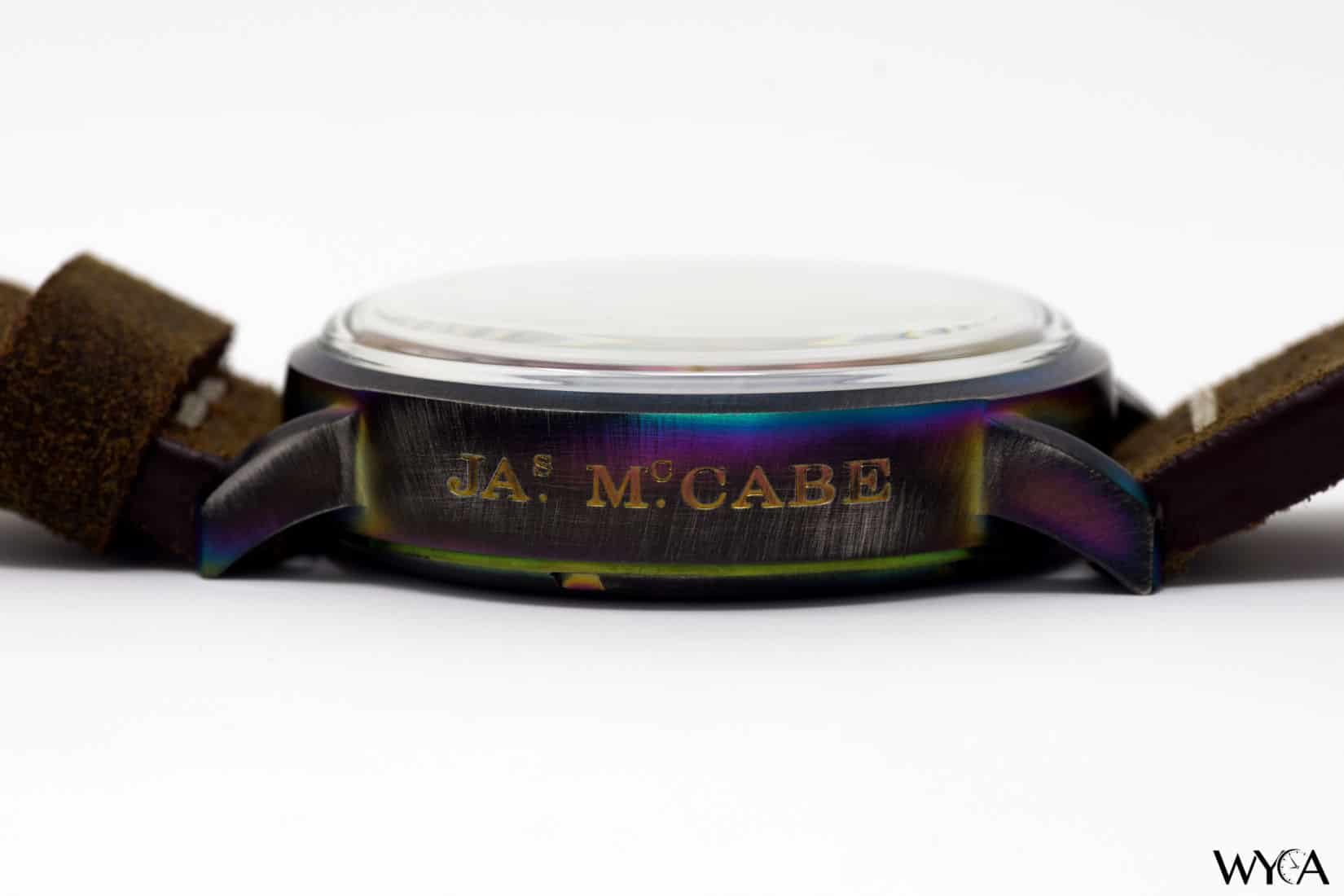 Other watches from James McCabe you may want to consider: 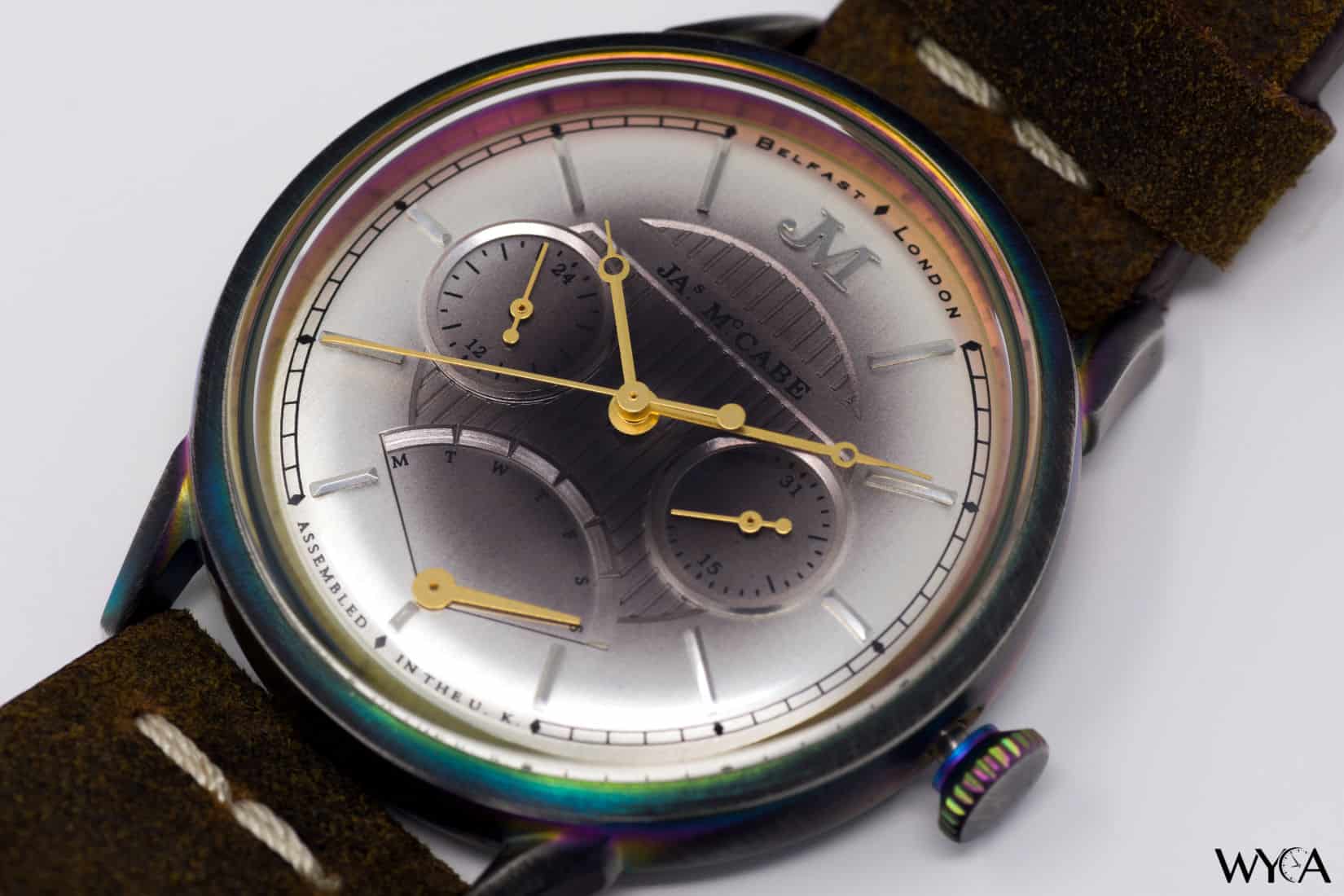 Looks Aren’t Everything, But In This Case…

I mean, look at the case. The brilliant prismatic case is unlike anything I’ve encountered on a wristwatch before, and while I don’t doubt that other watches exist that also leverage this aesthetic, the Heritage Retrograde is the first I’ve encountered. Priced at £220.00 / $295, it’s also an affordable demonstration that gorgeous good looks don’t have to be expensive.

The beauty of the watch isn’t just reserved for the case and buckle – as excellent as they are – and the thoughtfulness of style and attention to detail continue onto the dial. Brass colored hands contrast brightly against the polychromatic dial, which has an almost hombre effect, the entirety of which exudes an unmistakable steampunk appeal.

It’s a watch that catches the eye – everyone’s eye – and is sure to start a conversation. 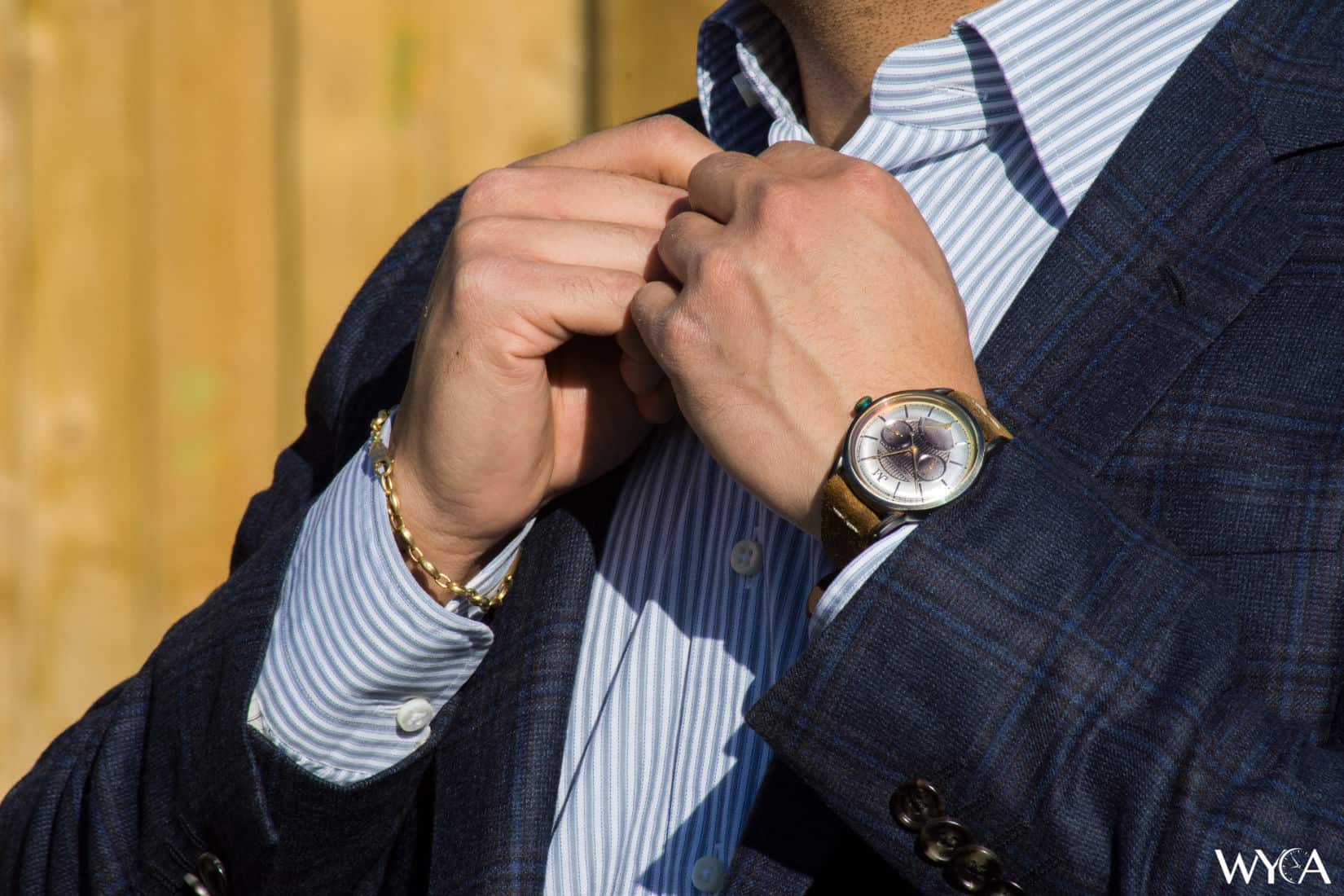 Sized For Any Wrist

At 39.5mm, the Heritage Retrograde is perfectly sized: large enough to stand out, styled to capture attention, but not so large as to become intrusive. On Don’s wrist, which is about the same size as mine (a hair under 7″ around), the Heritage looks absolutely posh tucked beneath a tasteful sport coat and dress shirt.

Its color makes it somewhat ostentatious. I’d be wary about wearing jeans and a t-shirt with it, but then again, as a colorblind fellow, I suppose I shouldn’t be speaking to what colors do and don’t do, regardless. 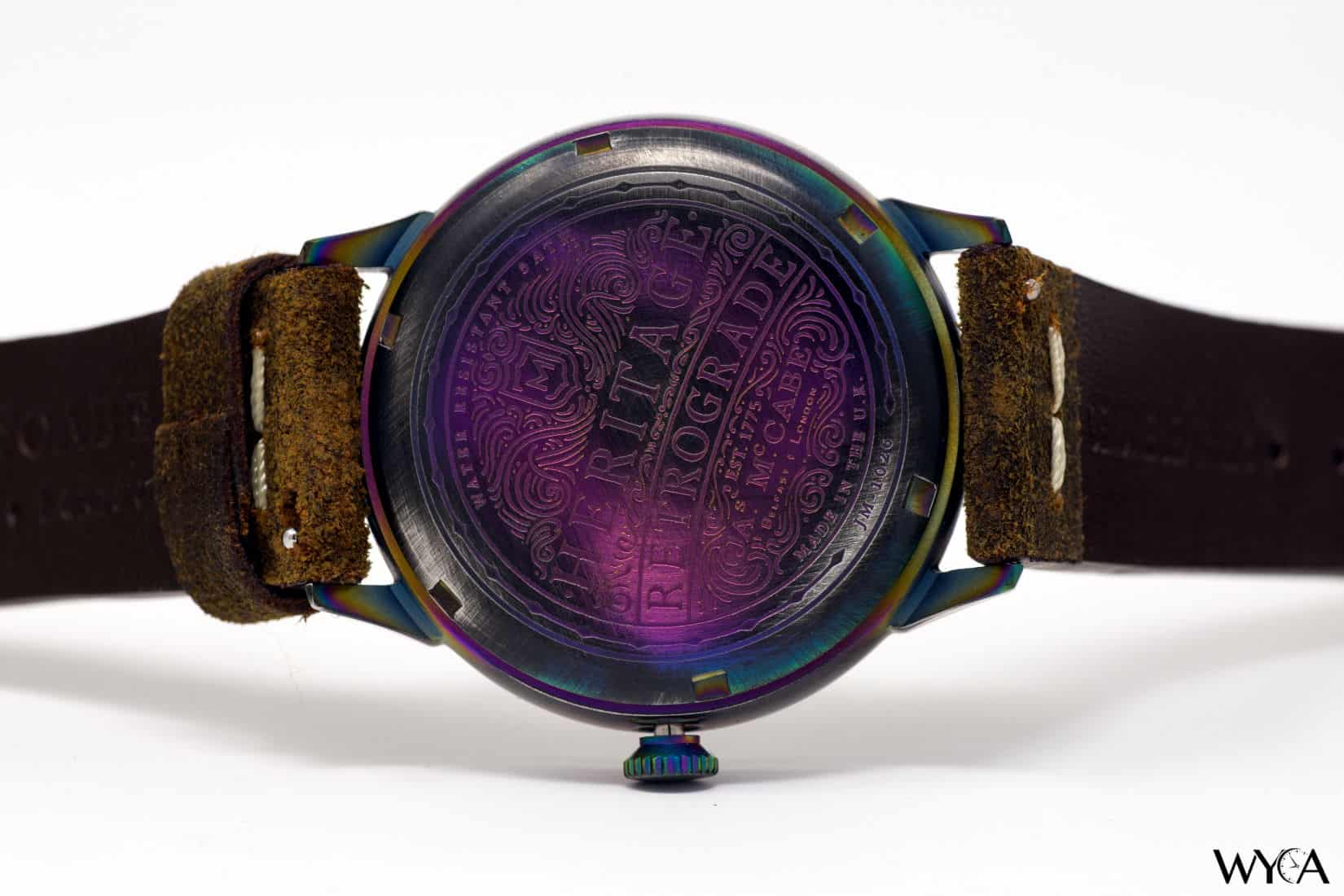 The Style Story Continues On The Back

Turn the Heritage Retrograde over and you’re presented with an intricately-engraved caseback that, again, features the same opalescent finish that the rest of the case enjoys. Taking photos of this watch has been an absolute pleasure because of it. I almost can’t tell what I enjoy more: the actual watch, or having it as a model to express my creative liberties with.

In any case, the caseback is an example of posh design that, again, evokes a vintage feeling. Nearly everyone I showed this piece to said that it reminded them of the 1800s in its design, and I think their assessments are right on the money. 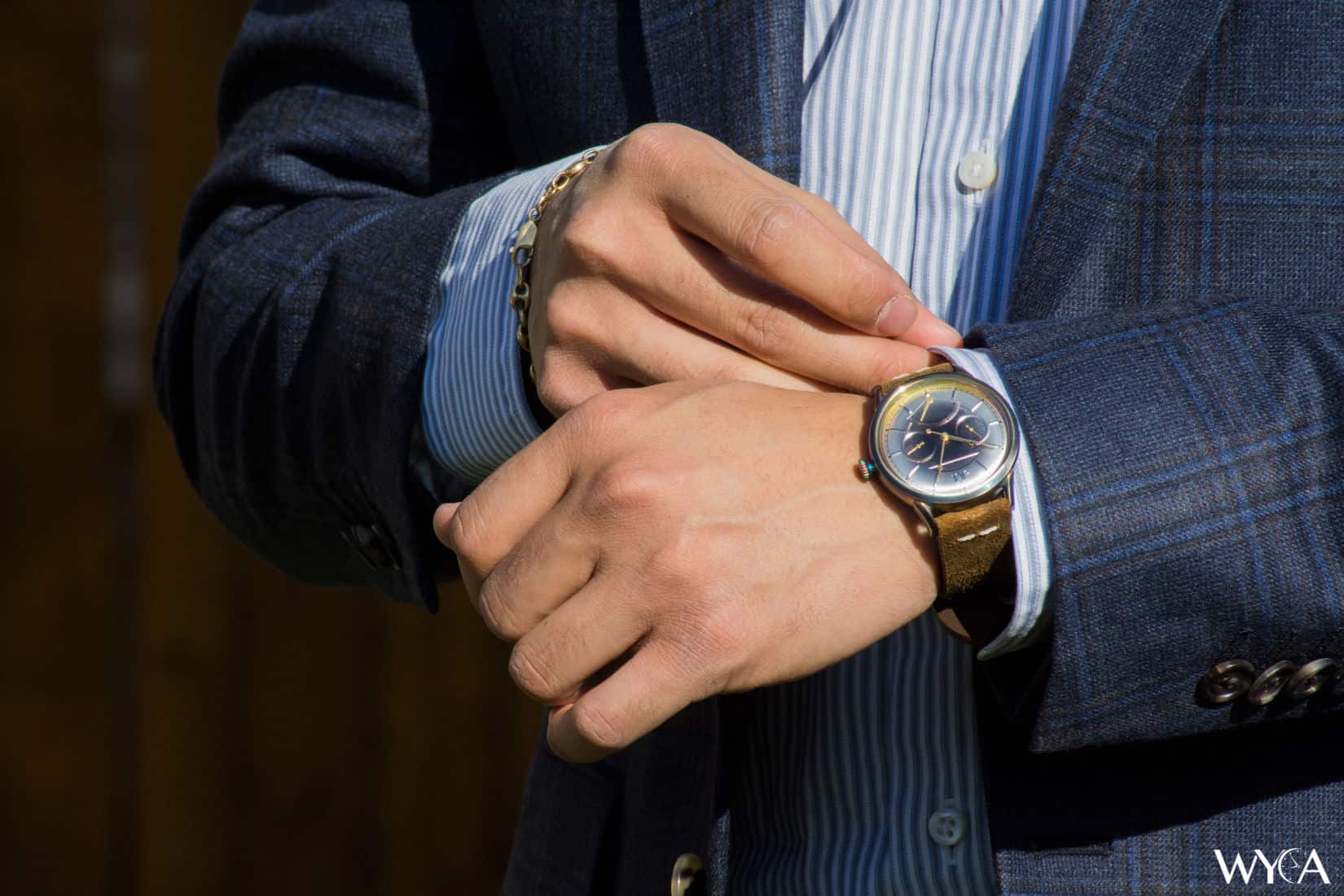 It’s sized right, yes, but the thick brown leather strap is far from comfortable. At least, such is the case for the first few wears. After a half-dozen or so days on the wrist it finally felt as if it had molded and was beginning to be comfortable.

Thanks to quick release pinbars, this is easy enough to change if you find the strap isn’t for you. I’m still on the fence about it, though aesthetically I think it’s the perfect companion to the watch. 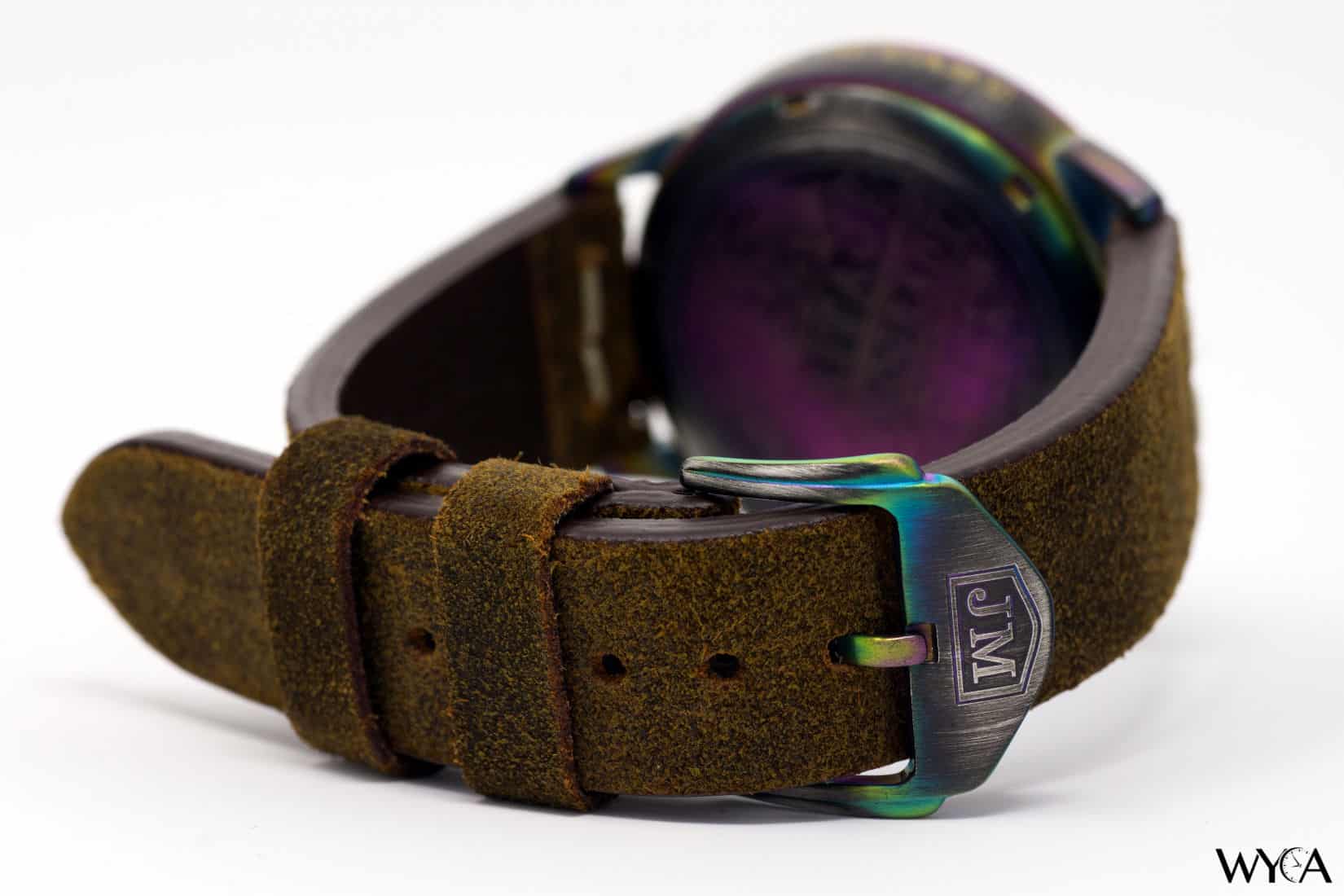 You’ll Want to Wear This Watch

It’s hard for me to contain my excitement about things that tick all the right boxes. In this case, the Heritage Retrogade is an affordable, good looking, well-sized, and well-made watch that feels worth four-figures, but only costs low-three. That’s a huge win, especially in a world where brands are popping out of the woodwork to sell you an ODM watch with their logo on it.

For me, this James McCabe has done an excellent job in renewing my interest in microbrands and demonstrating that there are indeed brands out there trying to define their own personality.

At $300, it is somewhat “expensive” if all you consider is what it says on paper: it uses a Japanese quartz movement and mineral glass, after all. Some will argue that it’s a “fashion” watch, but I would strongly disagree: not only is it a good looker, but it’s made as well as any other watch I’ve worn in its price range.

The James McCabe Heritage Retrograde is a rare example of microbrand watchmaking at its best, and I absolutely adore it.

4 thoughts on “Hands-On With the James McCabe Heritage Retrograde”