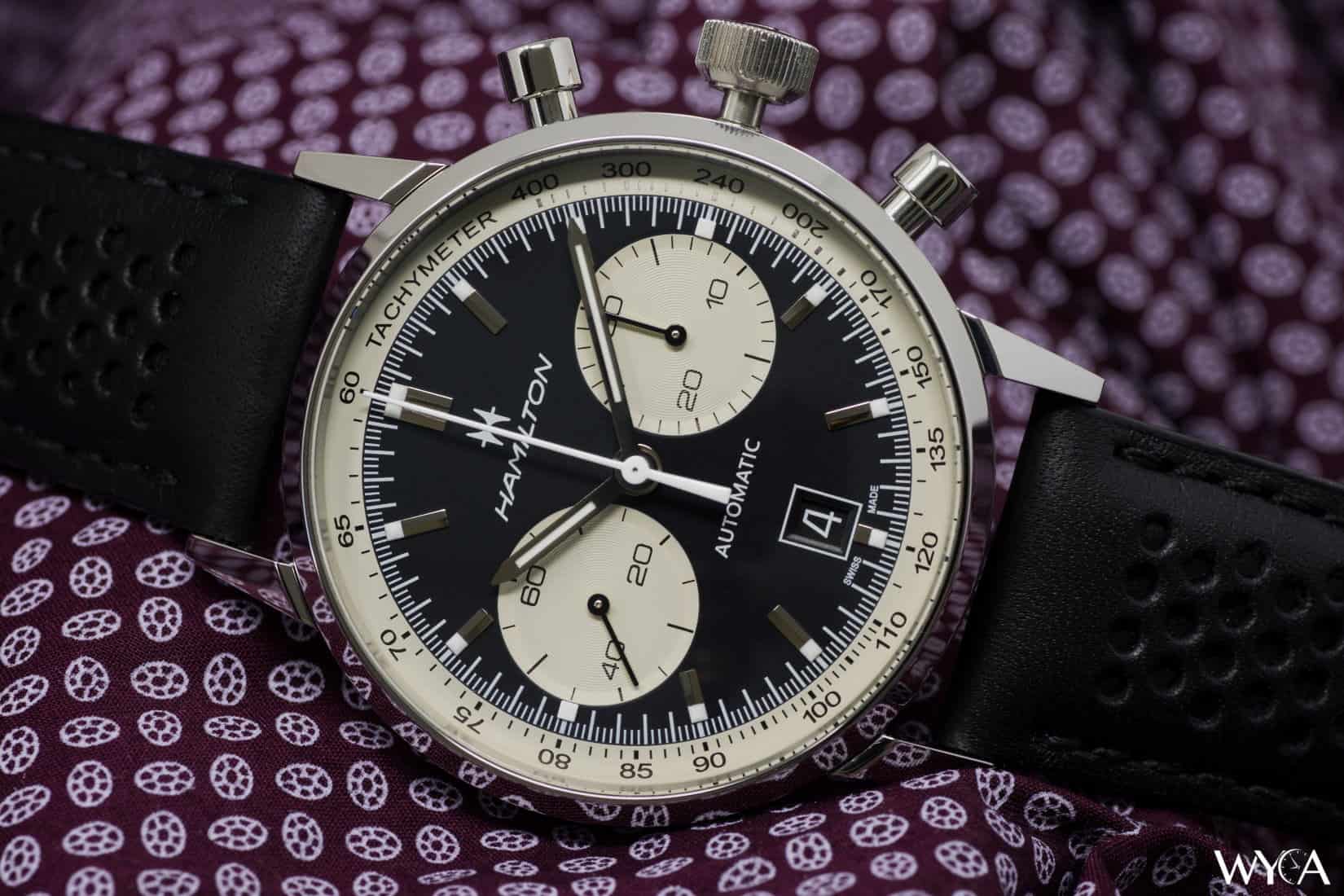 Checking Out the Modern Intra-Matic 68

Justin Ng, owner of Gem by Carati and frequent WYCA benefactor, got in touch and asked if I was ready to check out another limited edition Hamilton. Who could say no to a line like that?

He sent me over the newish Intra-Matic 68, a limited-edition auto chrono powered by Hamilton’s H-31 automatic. Only 1968 of these were built, and of those, only 20 made their way to Canada. With that in mind, let’s check out this modern take on a vintage greatest hit. 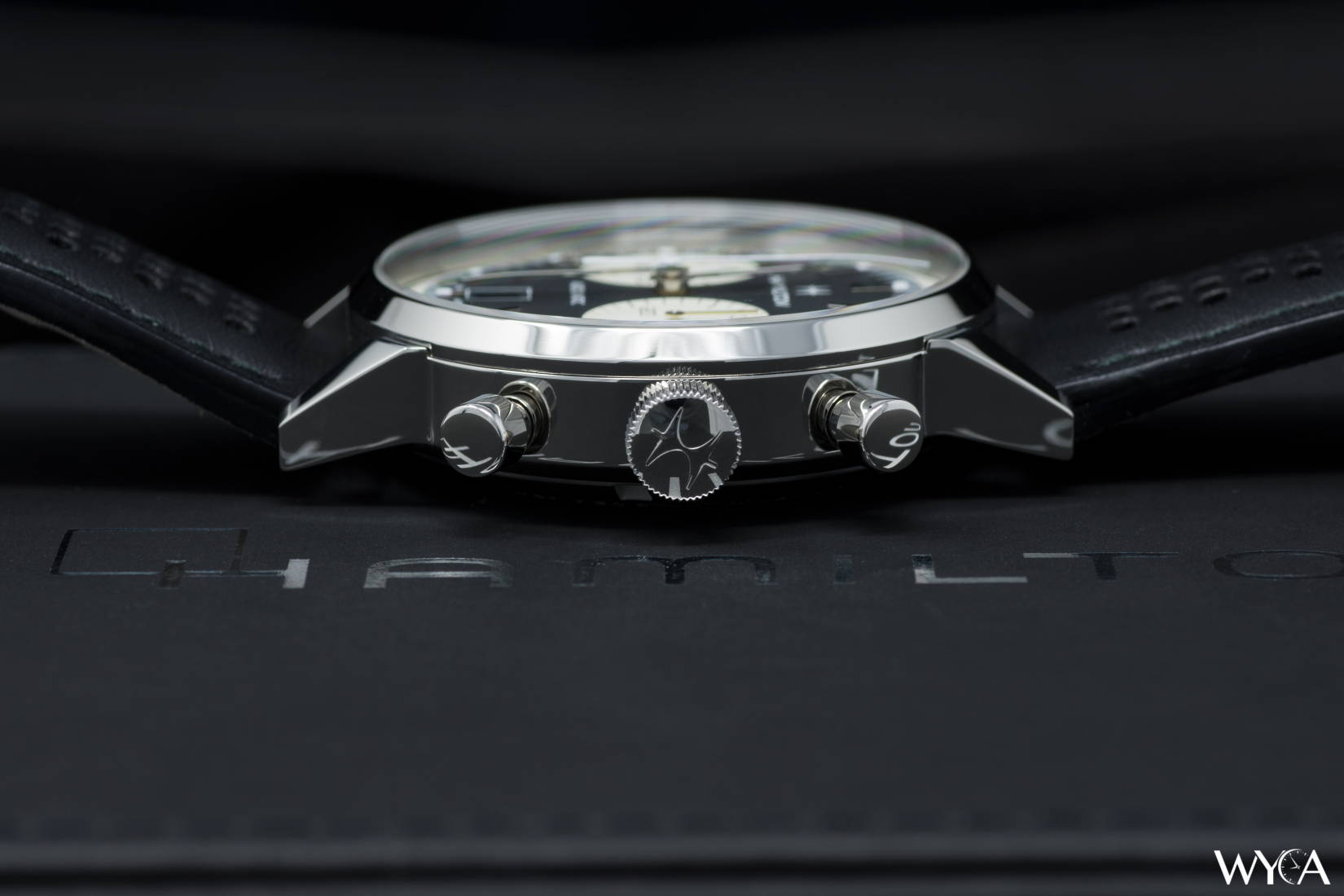 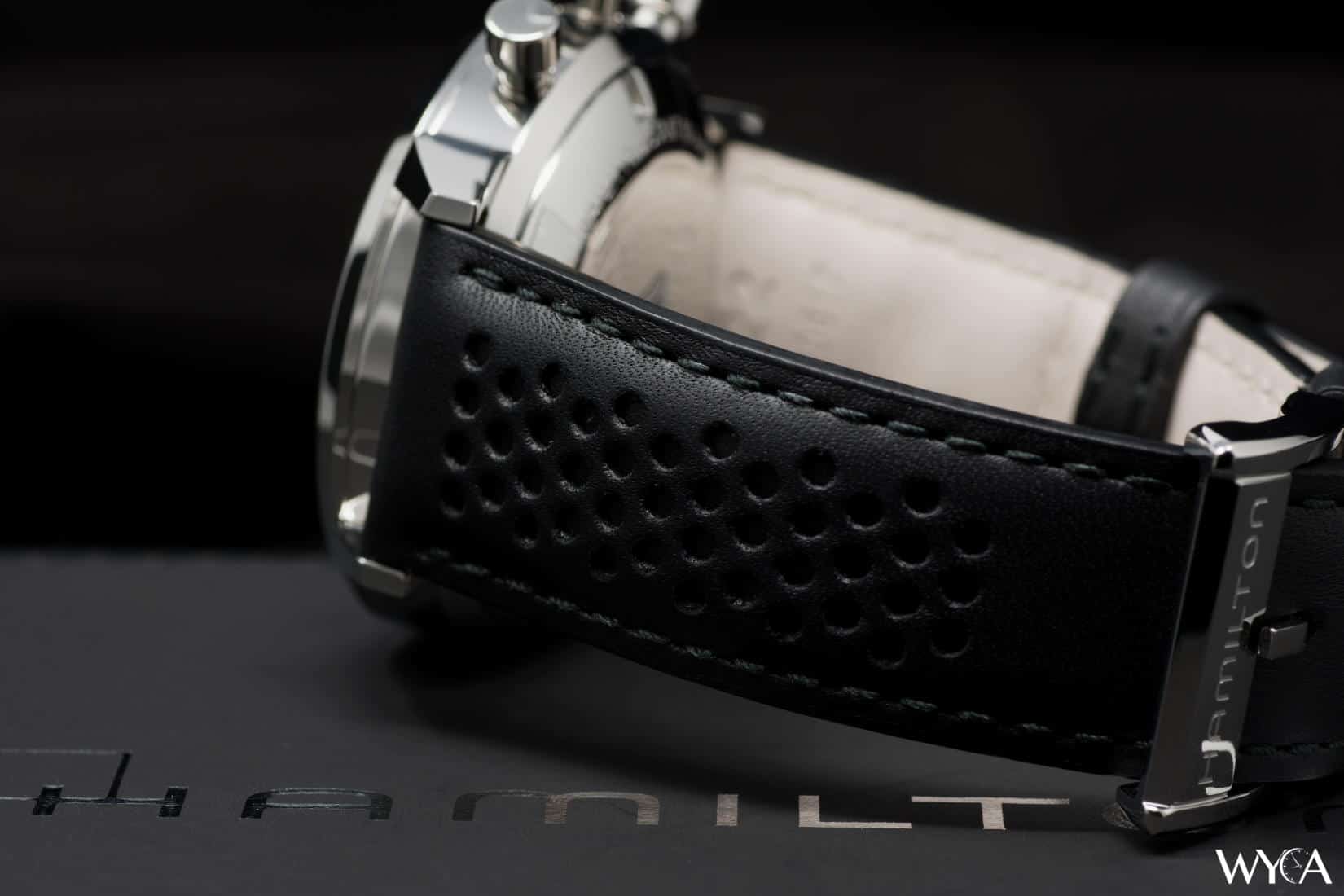 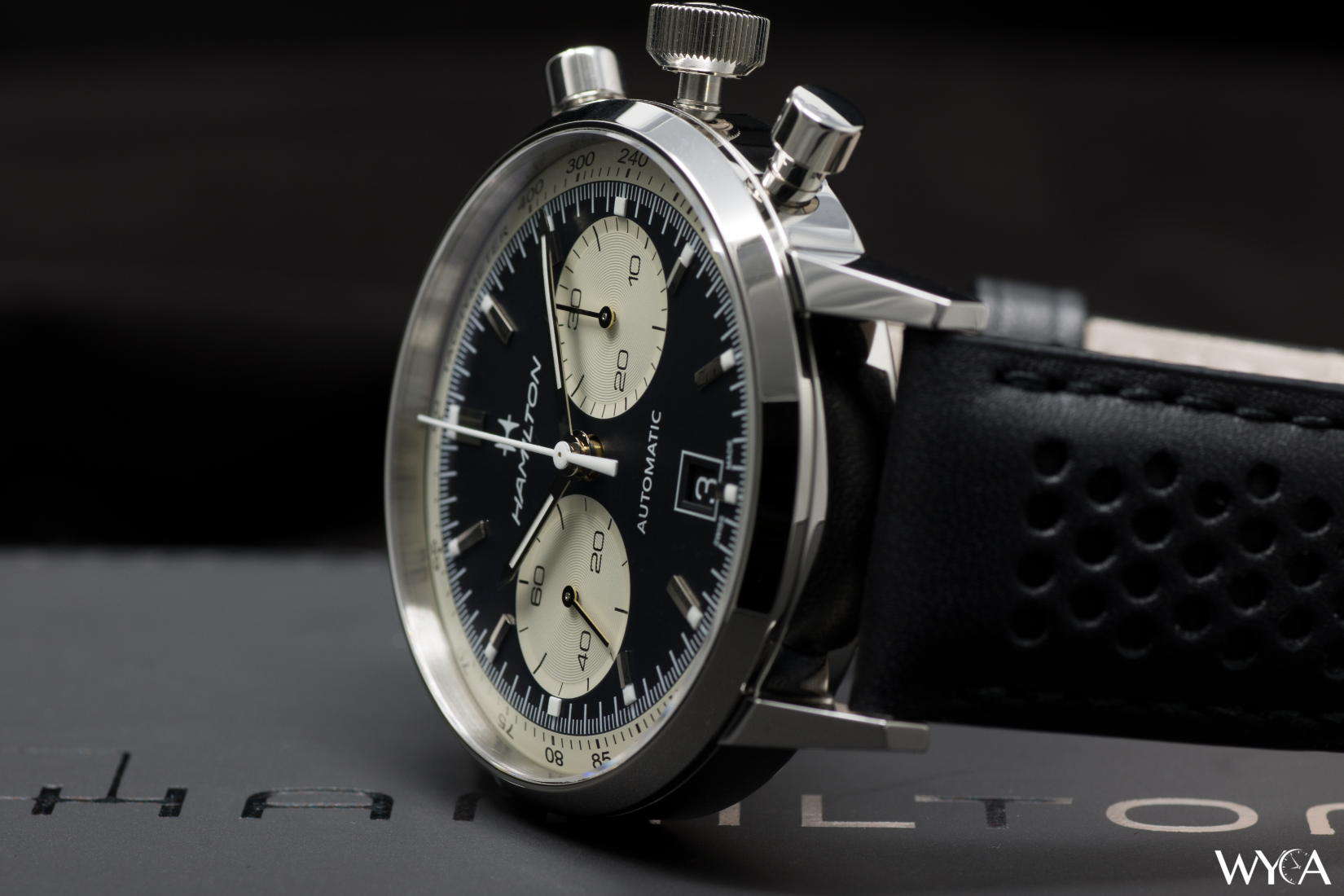 Hodinkee did a great piece on the Intra-Matic 68 and how it compares to the Chrono-Matic. I recommend you check it out if you’re unfamiliar with the inspiration for this new Hamilton.

The new piece is a looker, sporting a reverse-panda dial that is both racey and classic. With the H-31 automatic under the hood, the Intra-Matic 68 has got more than enough horsepower to keep up with the competition. In my opinion, it’s an attractive package. 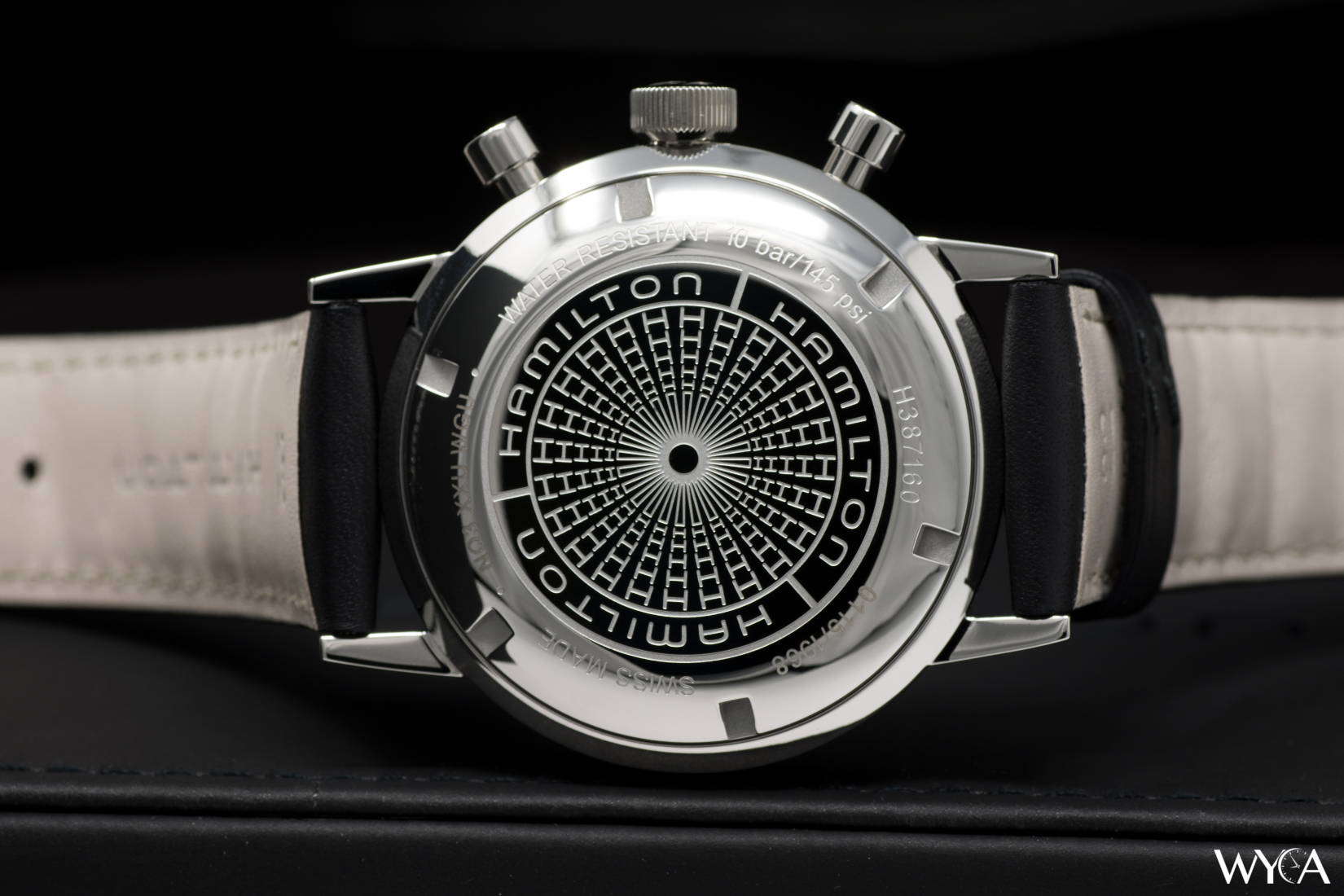 The Intra-Matic 68 feels curvacious both top and bottom; the caseback, engraved as it is, contributes to the curvy vibe. It’s just a hair under 15mm tall, and only 42mm around; far from oversized in today’s world. It’s a good size that feels appropriate for the watch; it’s meant to be prominent on the wrist, and it so without being too much so.

Typical of Hamilton (and Swatch Group brands in general), the finishing is quite good throughout the watch. The dial and subdials are free of defects and are just as clean up magnification as they are on the wrist. Whether the lens belongs to an eye or a camera, the Intra-Matic will not disappoint. 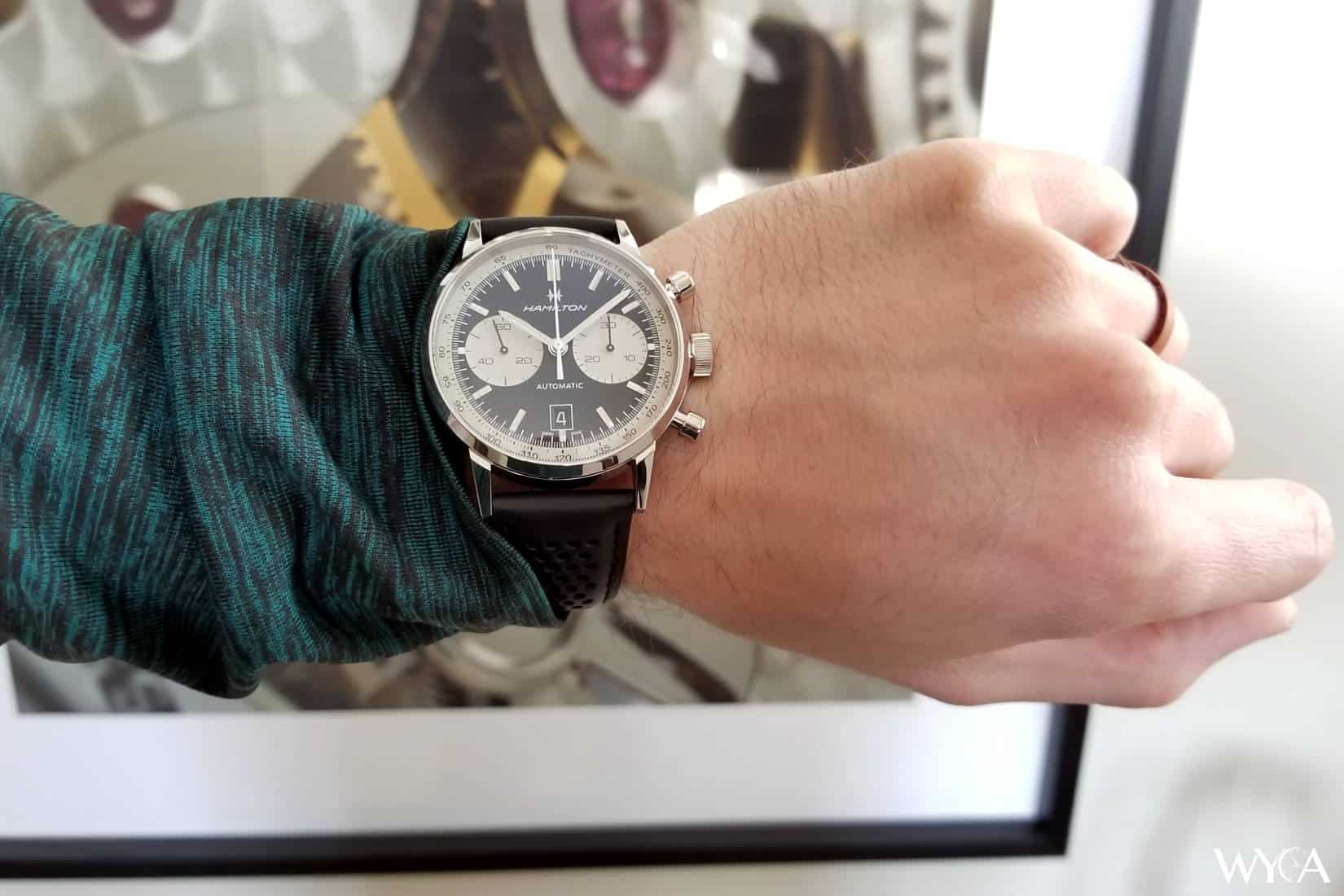 Because We Can’t Always Drive Fast

Sure, the Intra-Matic is probably more at home strapped to a wrist that is clutching the steering wheel of a lightweight roadster than it is on the wrist of a bench racer, but we can’t all live on the track. For the track day in all of us, the Intra-Matic 68 provides a satisfying scratch for an itch you didn’t know you had. 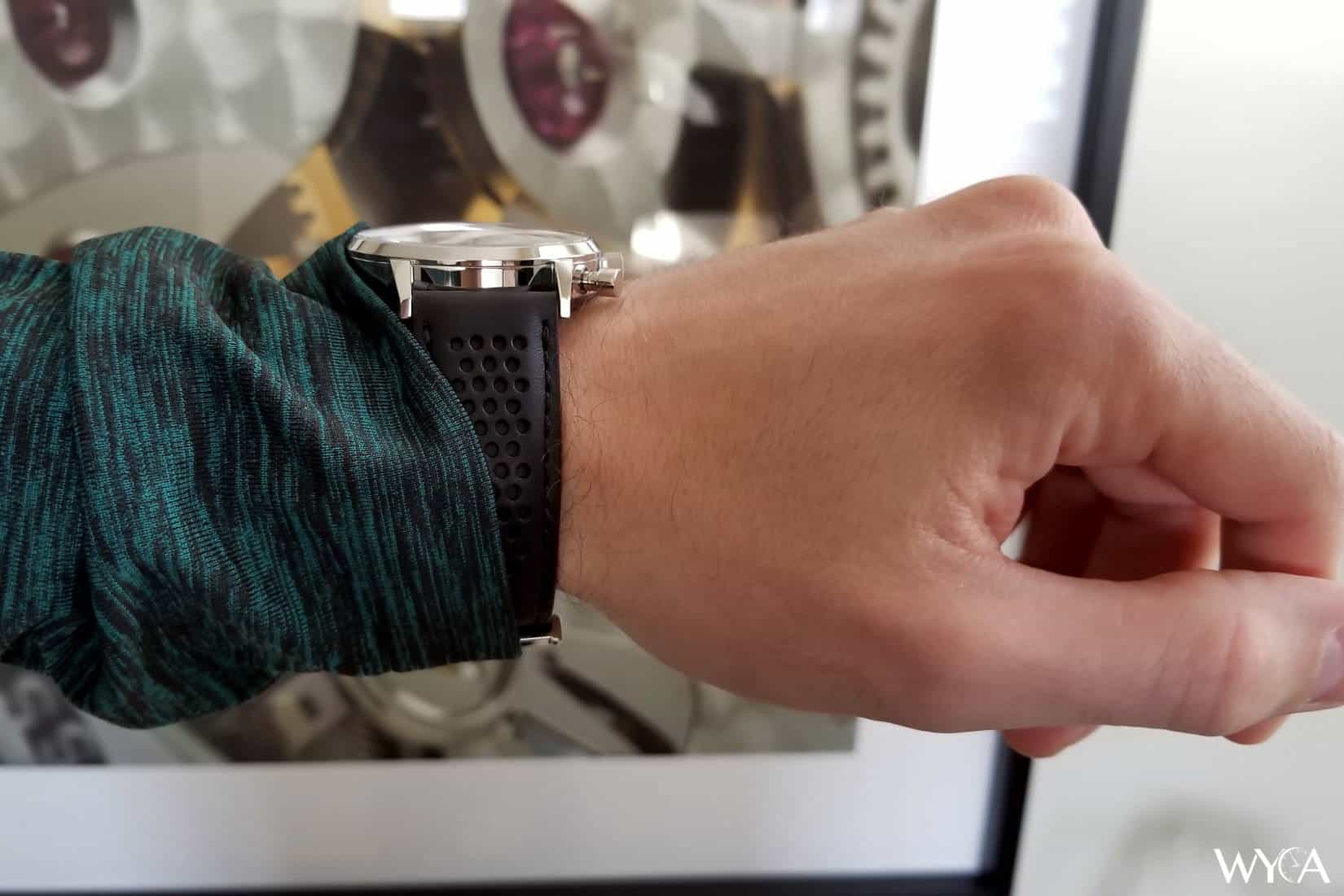 Lovers of vintage Hamilton’s will appreciate how well Hamilton emulated the Chrono-Matic’s design without being a straight clone. The Intra-Matic 68 feels like a fresh and comfortable take on the Chrono-Matic while still conforming to more modern tastes and sizing.

In 2018, it’s in vogue to reissue vintage pieces or refresh storied successes. The Intra-Matic 68 is an example of the latter, and it’s an excellent example at that.