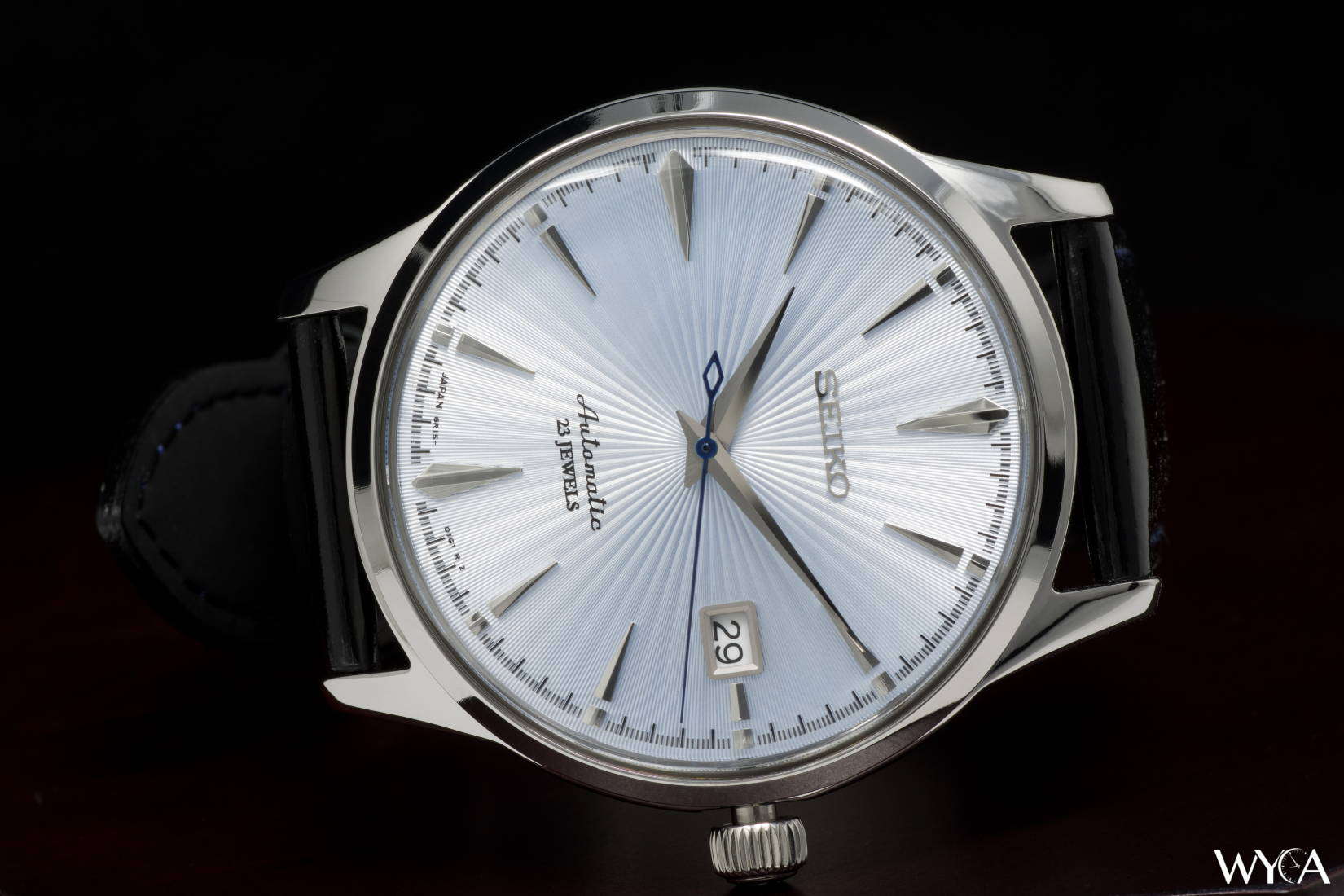 Next Month We’re Taking a Look at Seiko’s New Presage Cocktail Time. This Month, We’re Hands-On With the Original Iteration, the SARB065.

A classic watch, and one that will enjoy decades of relevance, is a hard design to pen. In 2010, Seiko released the SARB065 Cocktail Time, and in my opinion, nailed it.

The SARB065 Cocktail Time is, or was, a Japanese market only watch. If you lived outside of Japan and wanted a SARB065, like the SARB017 Alpinist, you had to acquire yours on the grey market.

In my hands, I have the SARB065, aka the “Cocktail Time Cool“. Before I move on to the updated Presage Cocktail Time next month, I wanted to get hands-on with the aging SARB065 so that I had an accurate basis for comparison. Having spent several weeks with it, I honestly can’t believe I waited so long.

Let’s check it out. 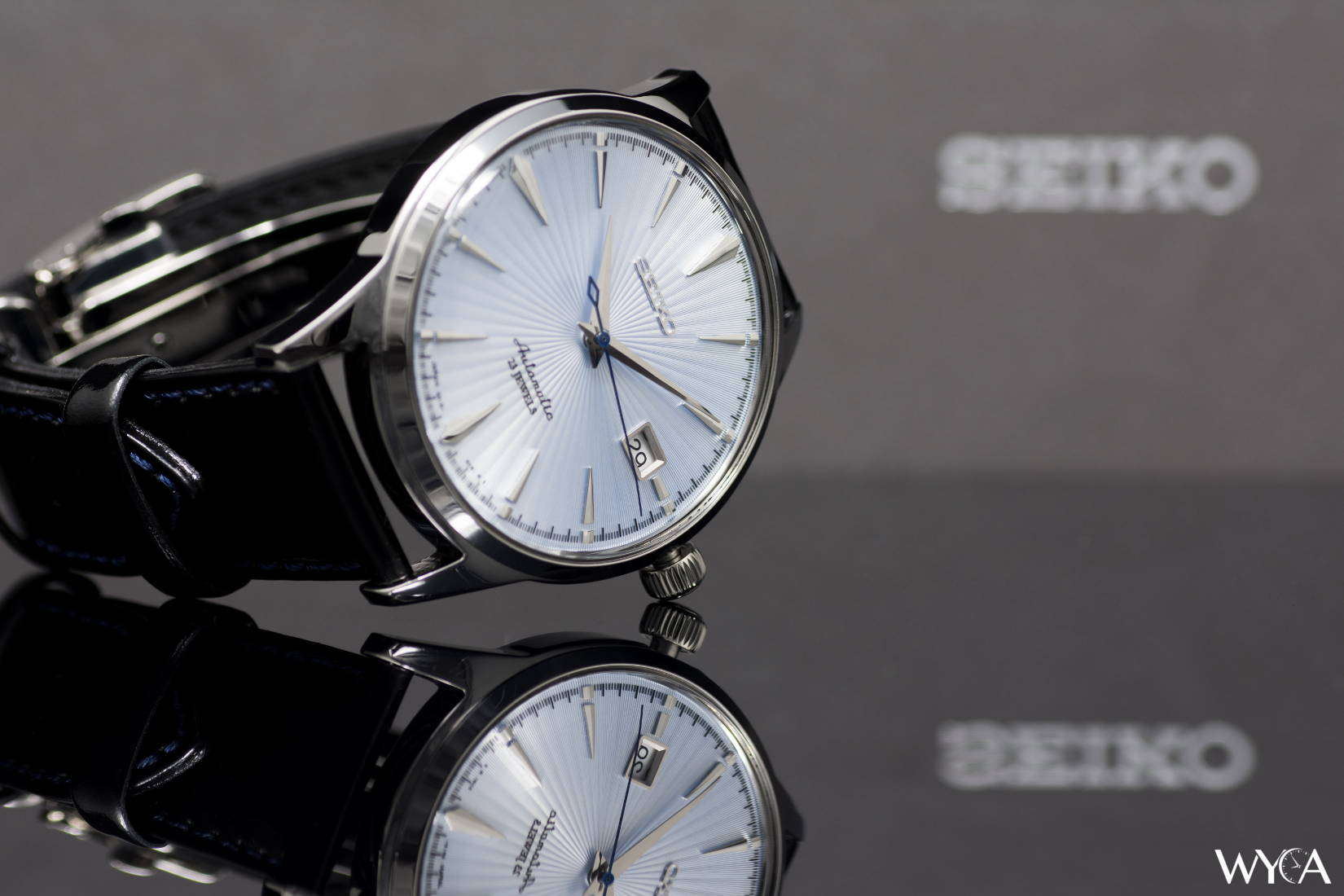 Few watch brands are as prevalent as Seiko. The brand’s origins date back to 1881, with the first watch bearing the Seiko name being released in 1924. Notable for many horological “firsts”, Seiko revolutionized the watchmaking industry with their 1964 release of the “Astron”, the world’s first production quartz watch.

Also under the Seiko umbrella are notable watch brands Orient and Pulsar, though there are several others as well. 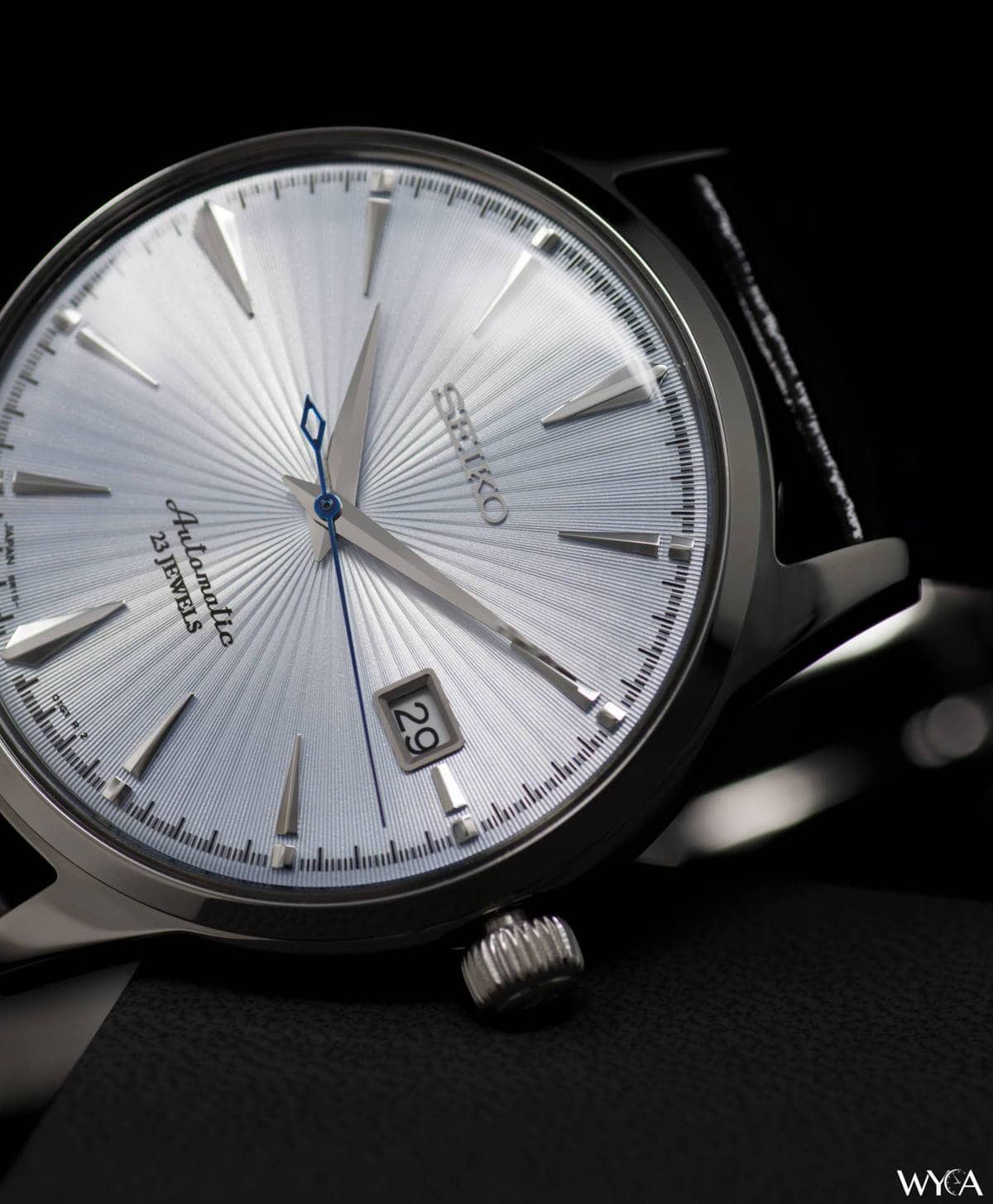 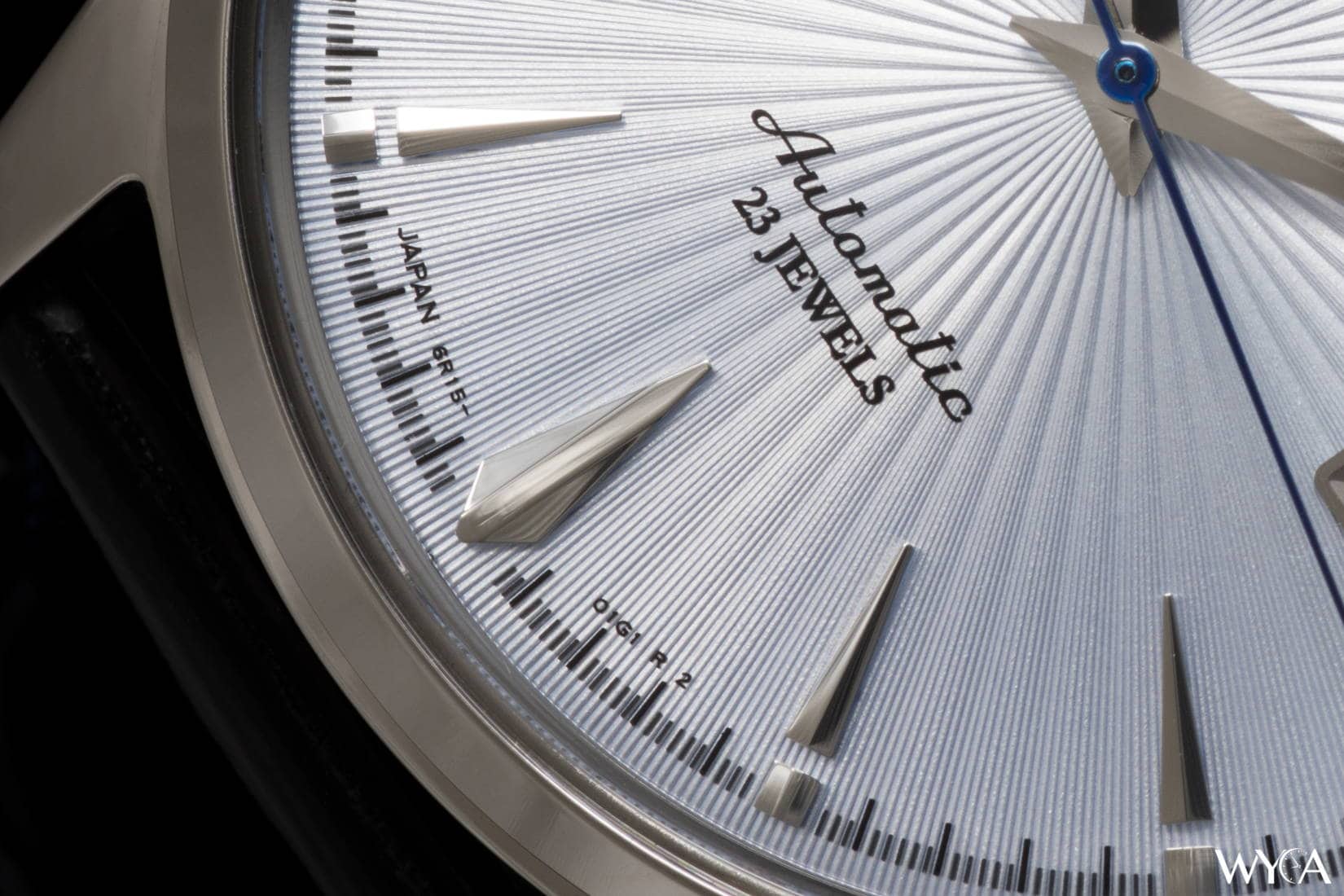 The SARB065 is an appealing watch. Its dial is a stunning display of style and panache, yes, but that’s not what I find so captivating (but it certainly helps). The uniformity of the dial – the quality of its execution – is superb, resulting in a flawless sunburst under any appreciable light source.

That’s what gets my attention. Well, that and the domed Hardlex crystal, anyway. 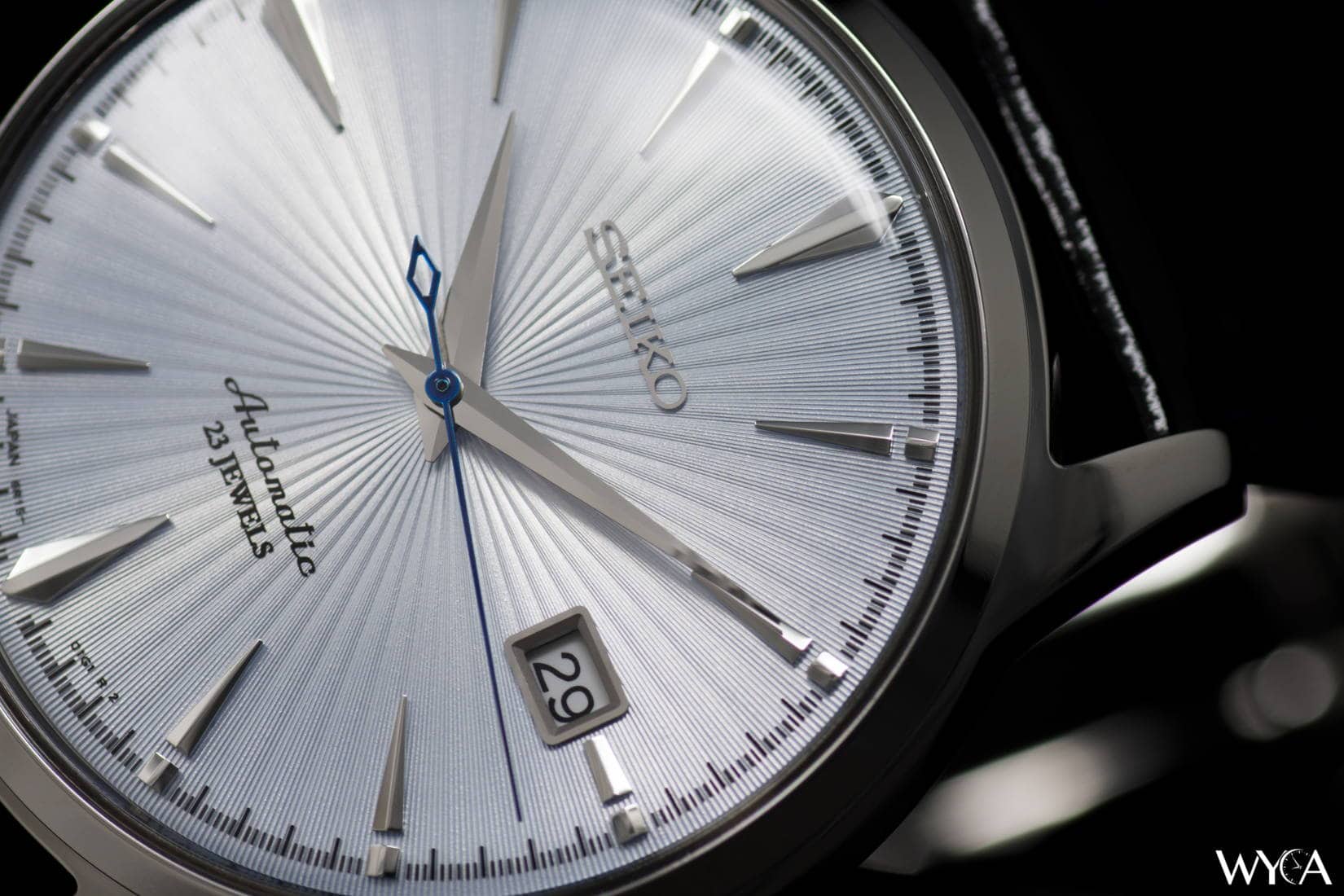 The SARB065 Lives for Cocktail Hour

The Cocktail Time is an occasion watch, though it’s not picky about which. It looks just as good at the theater as it does at the ball game. It’s not overstyled, but it’s quite reflective.

The dial reminds me of a grand piano, complete with flats/sharps, with long grooves akin to the strings that give the keys their voice. If anything were a trigger for synesthesia, it’s the Cocktail Time.

Notice the quality of the printing on the guilloche, and the precision of the indices and how they’re mounted. I’ve read reviews of the SARB065 that describe its finishing as average, but I fail to see how. I’ve looked up close at hundreds of watches, from micro’s to Swiss luxury, and the SARB065 is among the best. When factoring in its low price, it’s arguably one of the best. 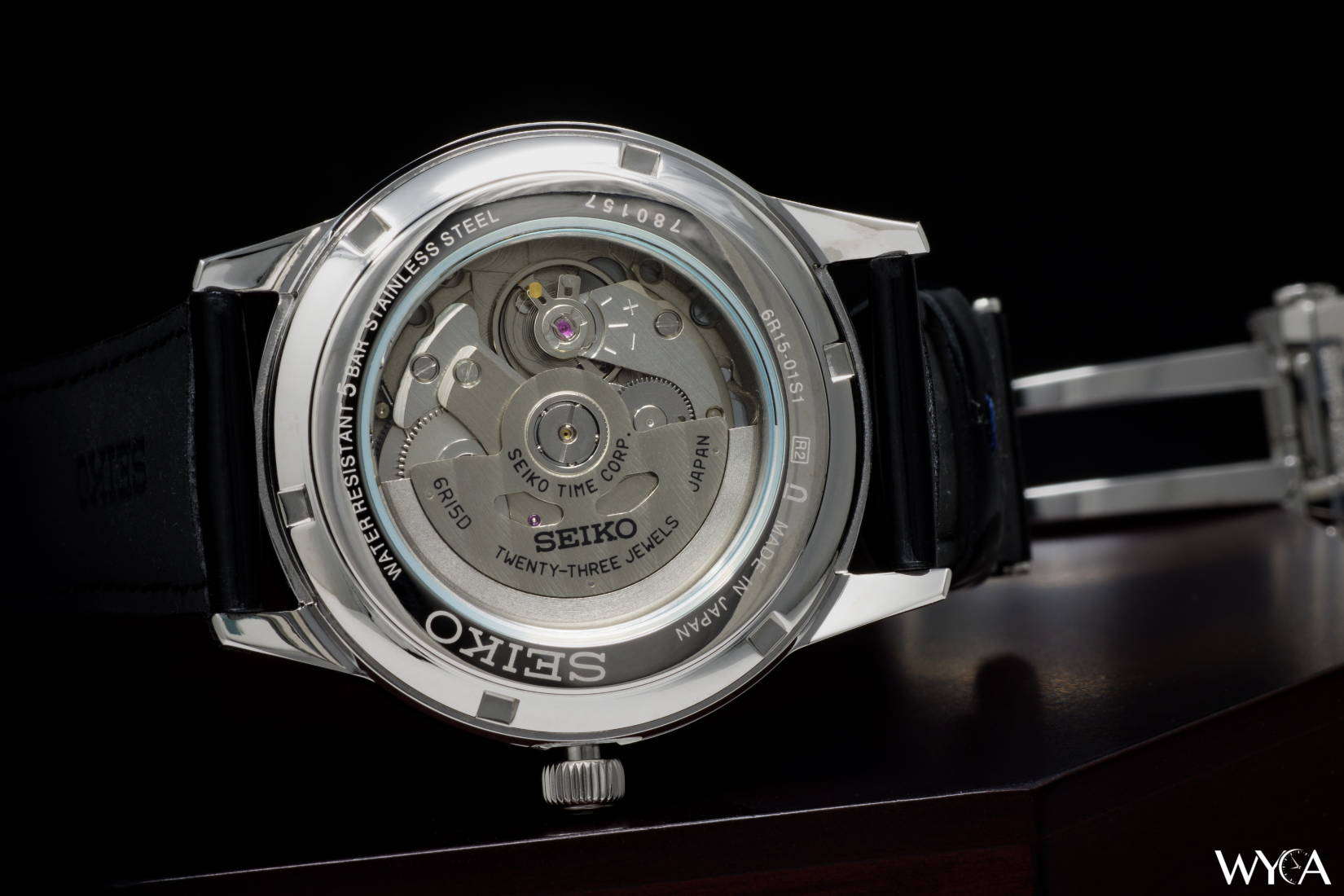 My first encounter with the 6R15 was when I reviewed the Alpinist (now a staple in my rotation), and just as it did then, the 6R15 impresses me here. In this particular SARB065 is the 6R15D, which is a “newer” version compared to the 6R15C found in most SARB065’s.

What’s changed over the older “C” variant remains speculation. Seiko’s says is that it’s for manufacturing identification purposes and that the movement itself is unchanged among its variants.

The new Presage Cocktail Time uses a different movement. The closest Presage to the SARB065 is the SRPB43, which is stylistically (nearly) identical but uses a less desirable movement (if only just), the 4R35.

Compared to the 6R15, the 4R35 gives up 9 hours of power reserve and uses less desirable materials. In that respect, if you’re wanting a 3-handed Cocktail Time, the SARB065 has a bigger engine under the hood (so to speak) compared to its contemporary counterpart.

I can’t say with certainty that I prefer the 6R15 over the 4R35, as I’ve never had a 4R in my hands to check out. However, since most their specs are identical, I can’t help but think I’d take the one with a larger power reserve. I suppose we’ll see. 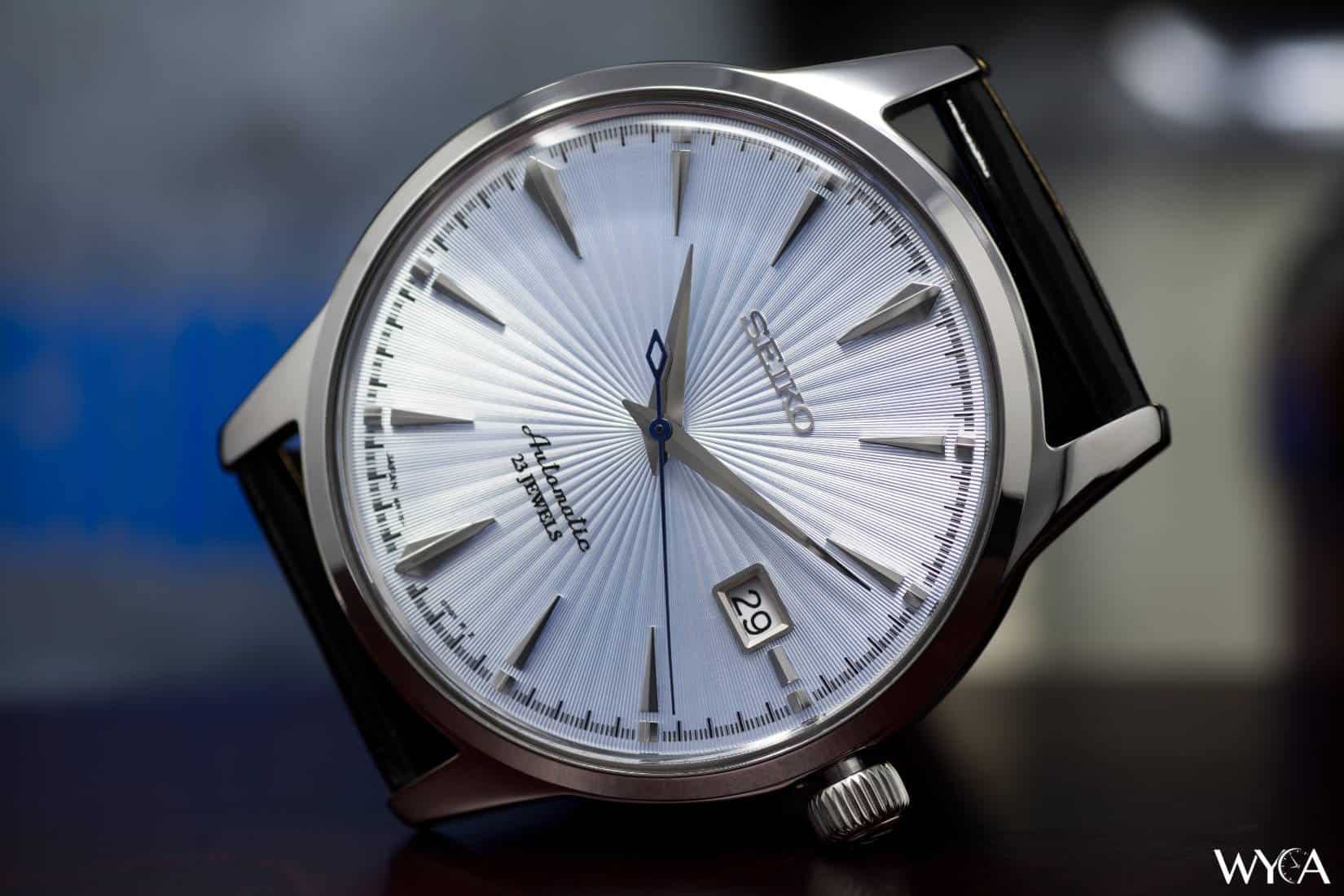 It’s Rare That Something So Stunning is Also So Affordable

Expect a street price of around $500, though in North American markets, it may swing 10% north or south of that. It’s not an expensive watch, nor is it exclusive. Still, it packs a beauty of a movement – the 6R15 is a robust and accurate movement – and is simply stunning to look at.

The SARB065 is an example of a near-perfect blend of engineering, technical ability, and style. 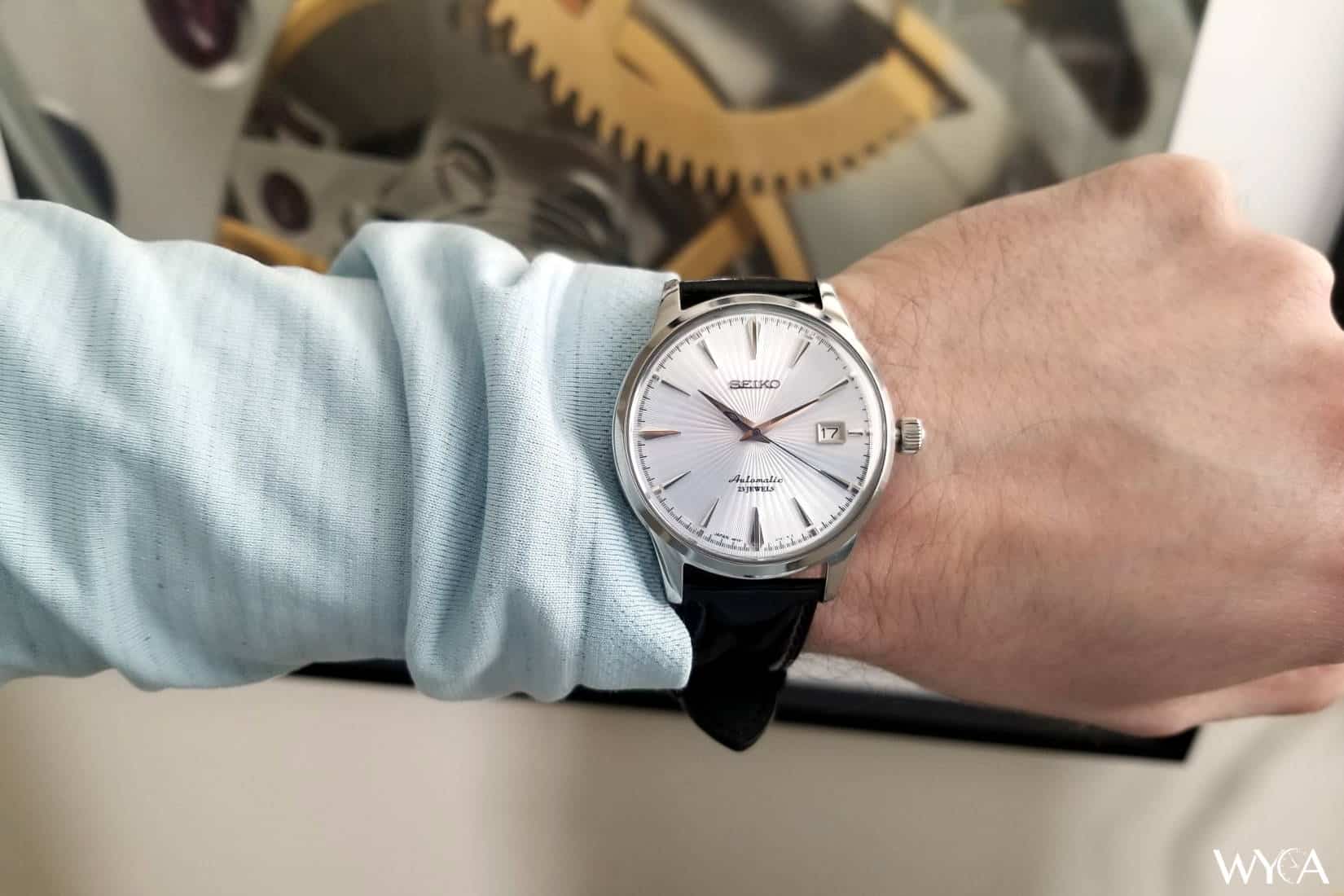 The glossy black calfskin leather has a smooth finish, and the navy blue stitching really pops against it. When I first saw it, lying flat and wrapped in plastic, I was worried it was going to be stiff. But no, the opposite is true. 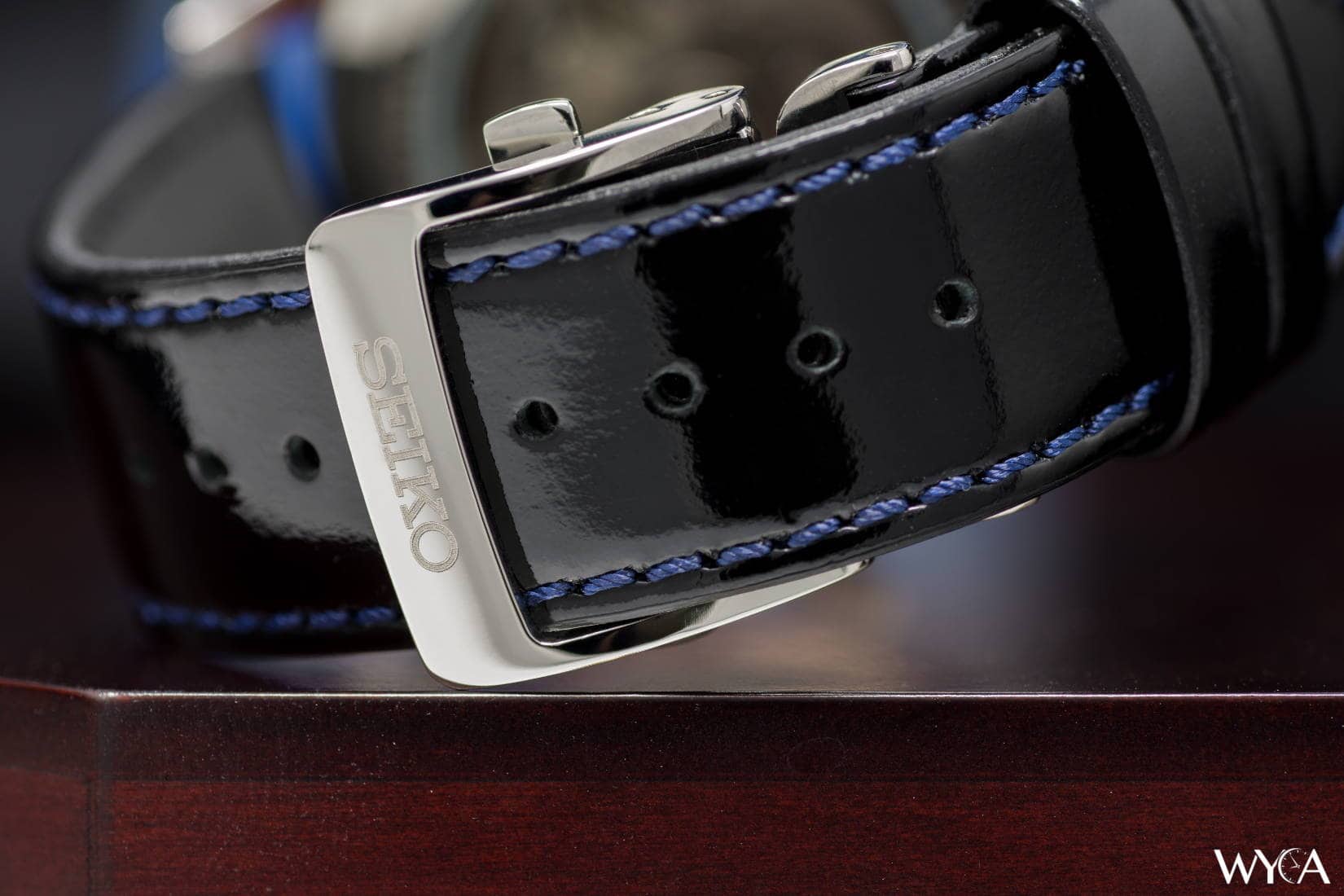 The calfkskin leather is plush, luxurious feeling. After setting the deployant clasp in place, the strap was immediately comfortable. It is soft and conforms to new shapes easily.

The deployant clasp itself is, of course, finished well and simple to operate. The mechanism feels secure when closed and does not wiggle during operation. It’s a high-quality unit. 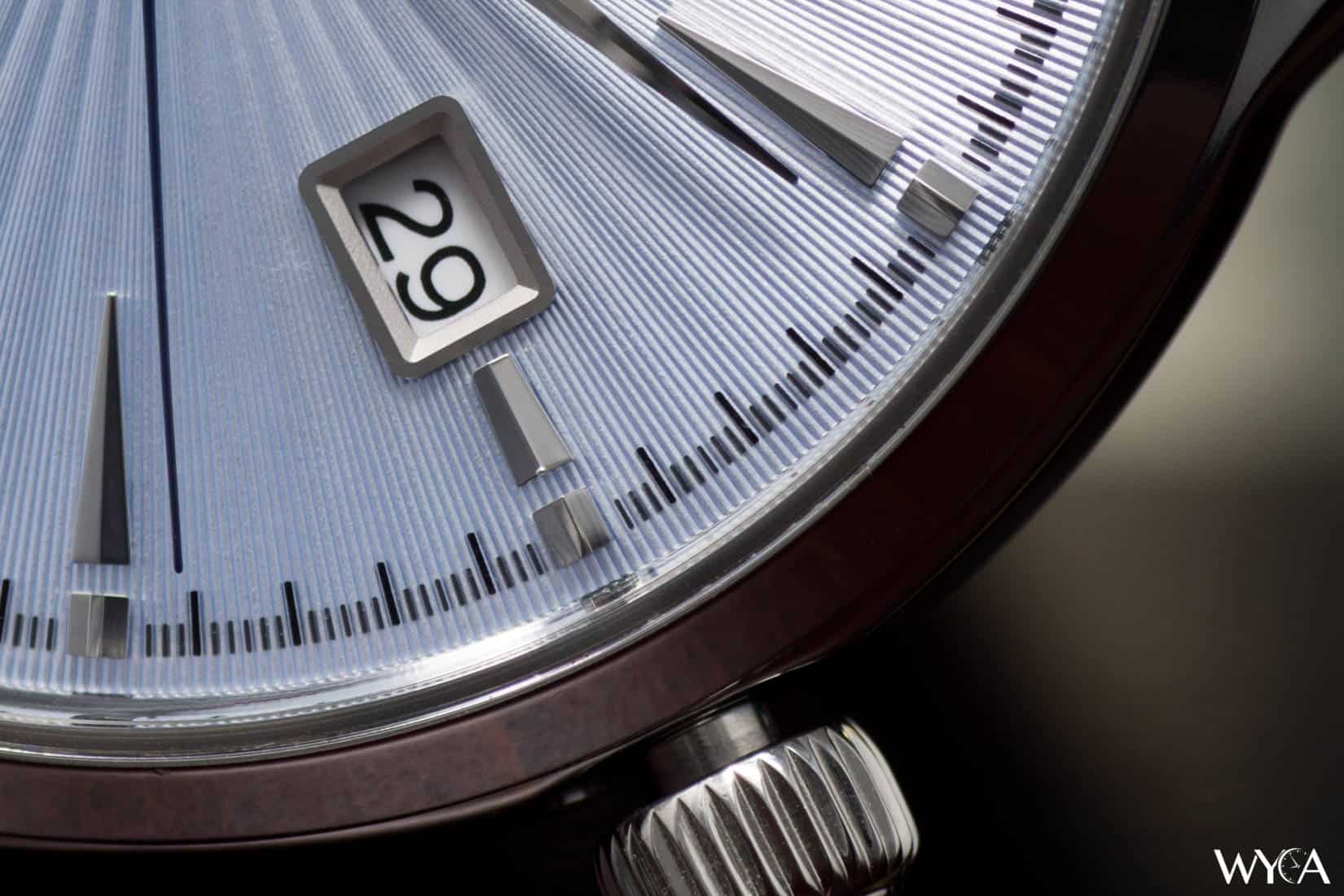 A Great Addition to Your Wrist

Based on the SARB065, I am very much looking forward to seeing the new model, the SRPB43J1. I’m curious to see if the new model lives up to the outgoing one.

The SARB065 is a truly excellent watch, and it’s one that I’d recommend to nearly anyone. It’s sized perfectly for most wrists, and on the wrist, it’s an eye-catching and timeless addition. There’s a lot of hype around this watch and I can see why.

Under massive magnification, the dial is even more spectacular. Nowhere on it do I see defective machining or shoddy materials. The SAB065 rivals Swiss watches that cost three or four-figures more than it does, and it’s a good value for its current street price of $500 – $600.