Kenneth Cole is well known in the world of fashion. Their watch lines feature quartz and automatic movements for both men and women. Very little information can be found regarding the types of movements used, so we recommend that you proceed with caution when buying a Kenneth Cole watch.

Proving that some stereotypes are well earned, the KC2508 is a disposable ladies automatic. Even with a bargain-basement price of $125, the entire watch is a total let down. It takes relatively attractive packaging, fills it with an unknown automatic movement, and then puts little care into anything else. Total junk. 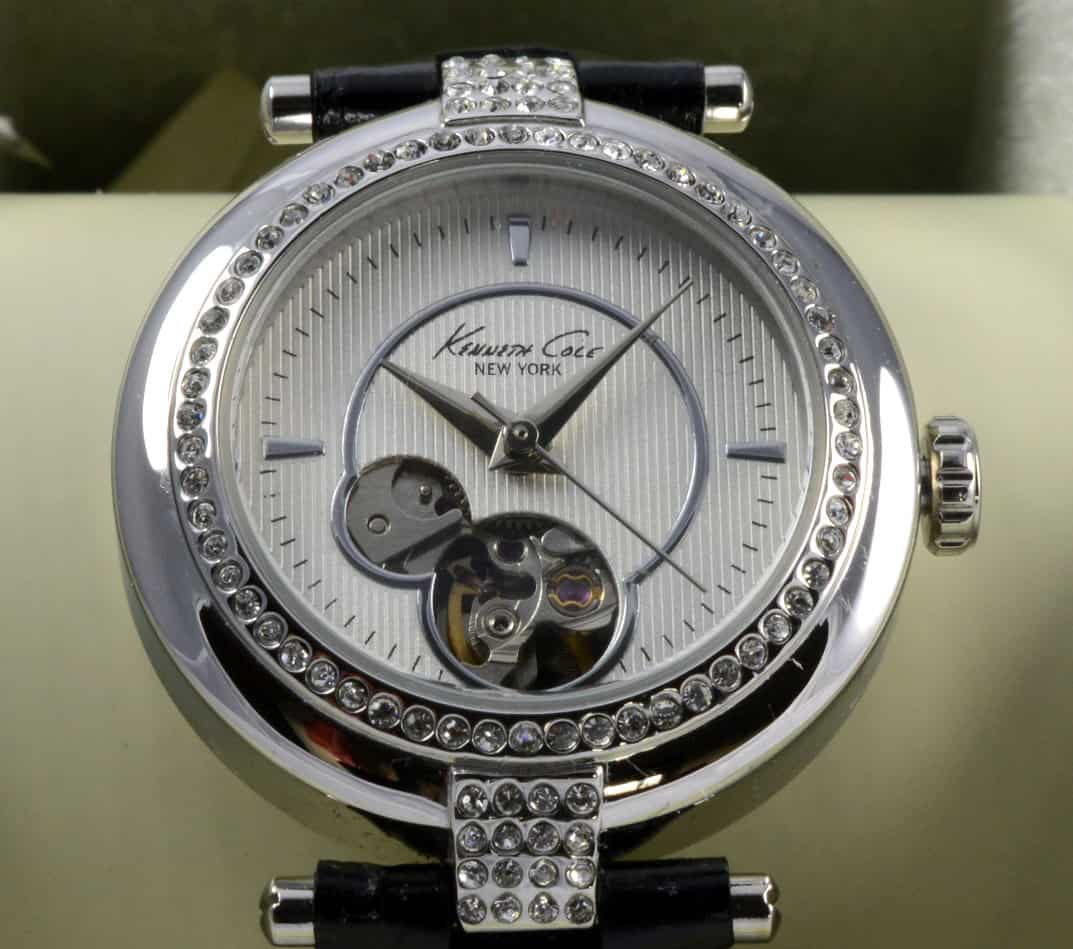 Setting the KC2508 is simple because there are no day/date complications. 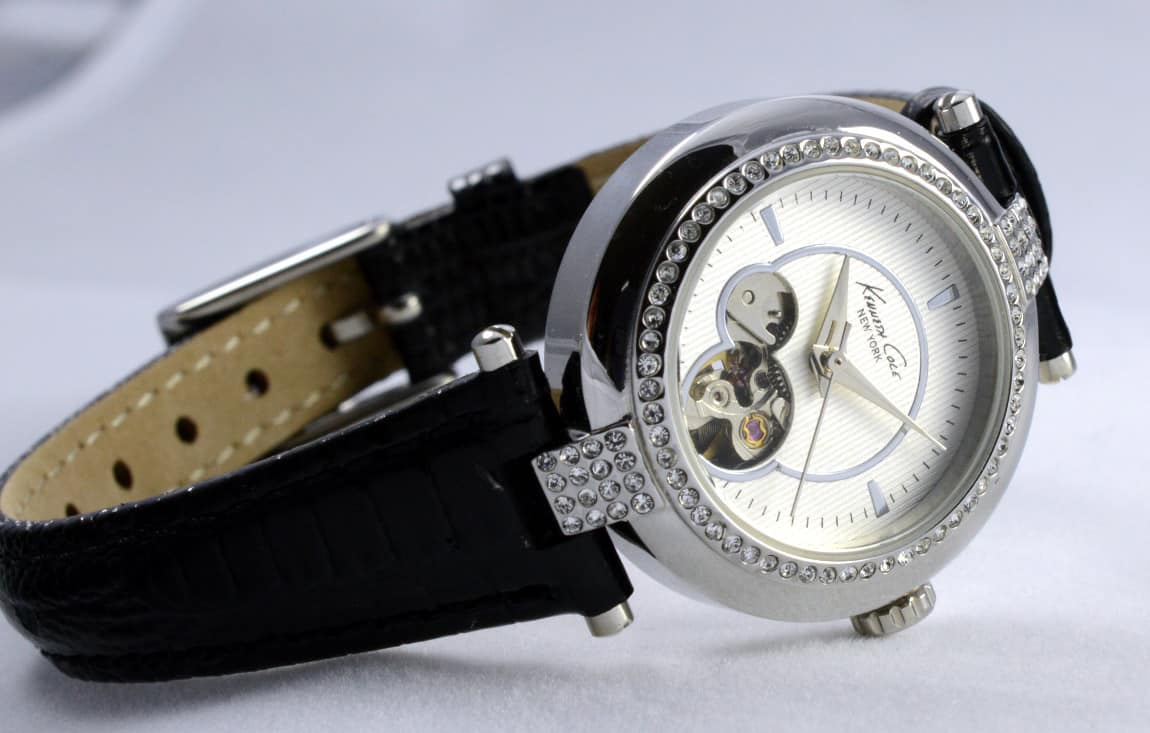 Truthfully, I think the KC2508 is a fine looking watch. The dial looks great from nearly aany distance, and the open heard at 6/7 o’clock shows off the movement as it ticks away inside. Even the stones lining the bezel and lugs look nice.

The small size – 22mm and a tiny integrated strap – and relatively “safe” color choices make it easy to pair the KC2508 with just about anything.

The movement is exposed behind an exhibition window and is completely undecorated. The Kenneth Cole logo is printed on the window, but otherwise the entire back of the case is sparse. This isn’t a bad thing, as it really shows off the movement well. 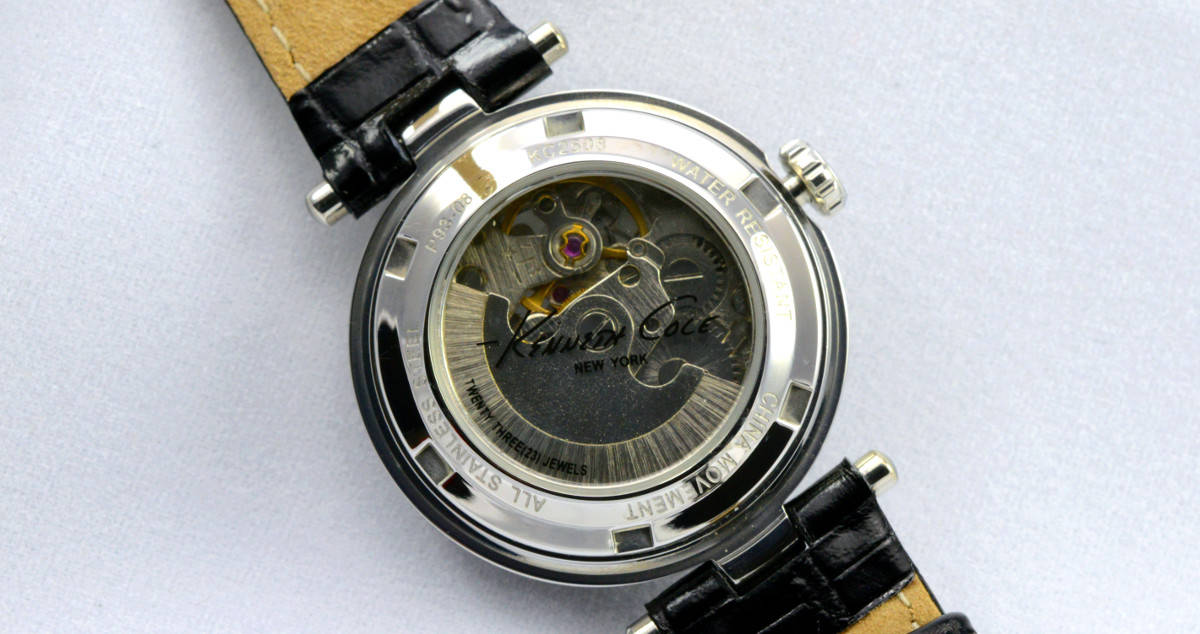 Of course you have to expect compromises for a ladies automatic priced at $125, and the build quality is where they’ve chosen to make them. In two months the KC2508 had lost five of its crystals, leaving obvious black marks where a crystal used to be. The dial itself, simple as it is, has build quality deficiencies that are especially obvious when magnified.

Overall, the build quality of the KC2508 is very underwhelming.

The case is stainless, and be warned- it scratches easily. After under two months of semi-frequent wear the case looks as if it’s been around the world. It has also lost several of the rhinestones that line the beszel and lugs.

The front and back crystals appear fine, which makes sense as they’re both slightly inset into the case.

The dainty leather strap is uncomfortable, shows wear almost immediately, and is generally poor quality. The clasp is also a standard buckle, with easily-scratched steel as its finish. 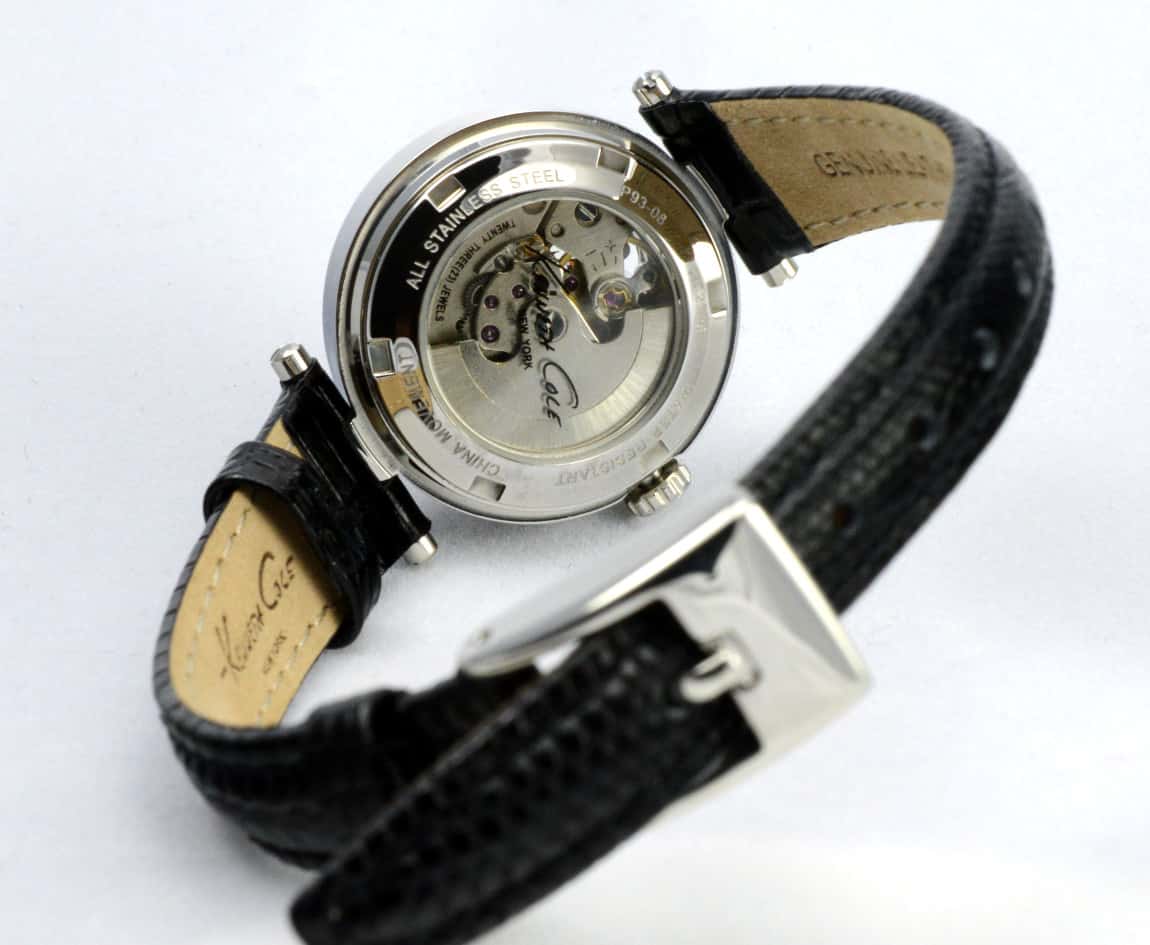 More About the Kenneth Cole KC2508

I  looked high and low for information on the movement used inside the KC2508 and came up with very little. My speculation is that it is a Chinese-manfuctured movement, and likely a knock off at that.

Popular opinion on social media also appears to be that it is a Chinese movement of unknown origin or quality. 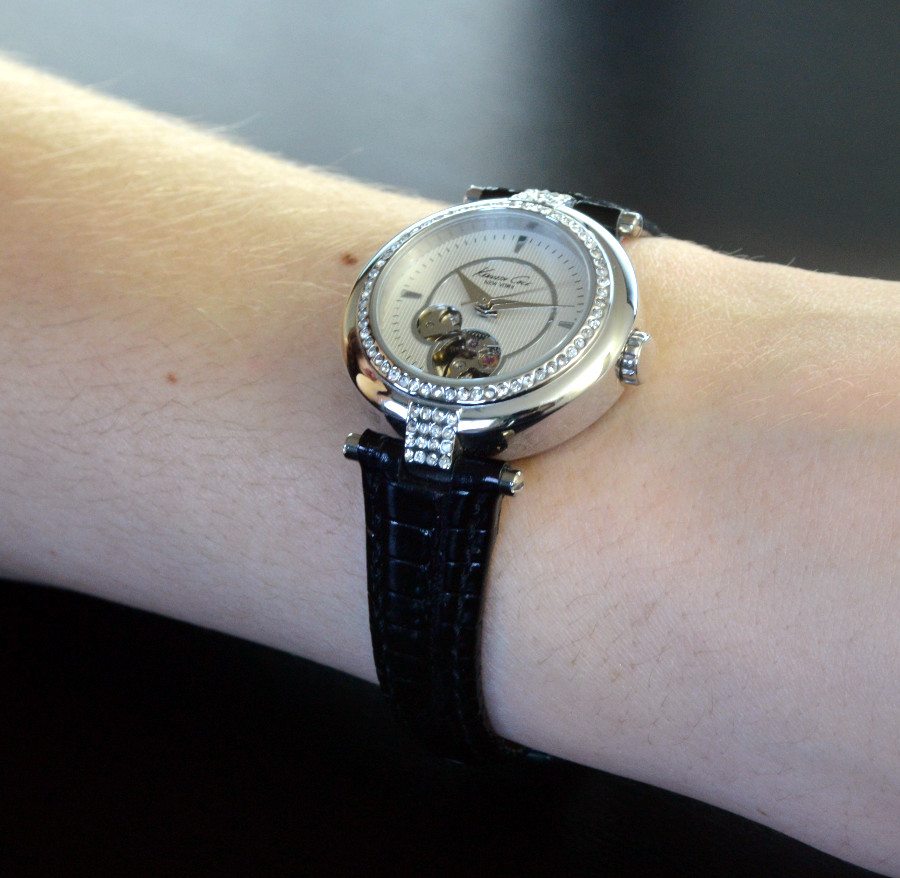 I think what frustrates me about this watch is that it could have been good if they had decided to put a bit more effort into it. This is the fundamental problem with fashion watches in general: they’re built to look a certain way, not function or last.

In the case of the KC2508, the value proposition should be strong: a $125 ladies automatic would be a good value. In this case, the Kc2508 shows little attention to reliability or durability. It loses stones despite light use; it shows any and all scratches; the strap is low quality and uncomfortable.

Don’t buy the KC2508 or any watch that is like it. If you want an automatic, invest a bit into a Seiko 5 – they come in ladies sizes – and know that you’ve purchased something that will last.