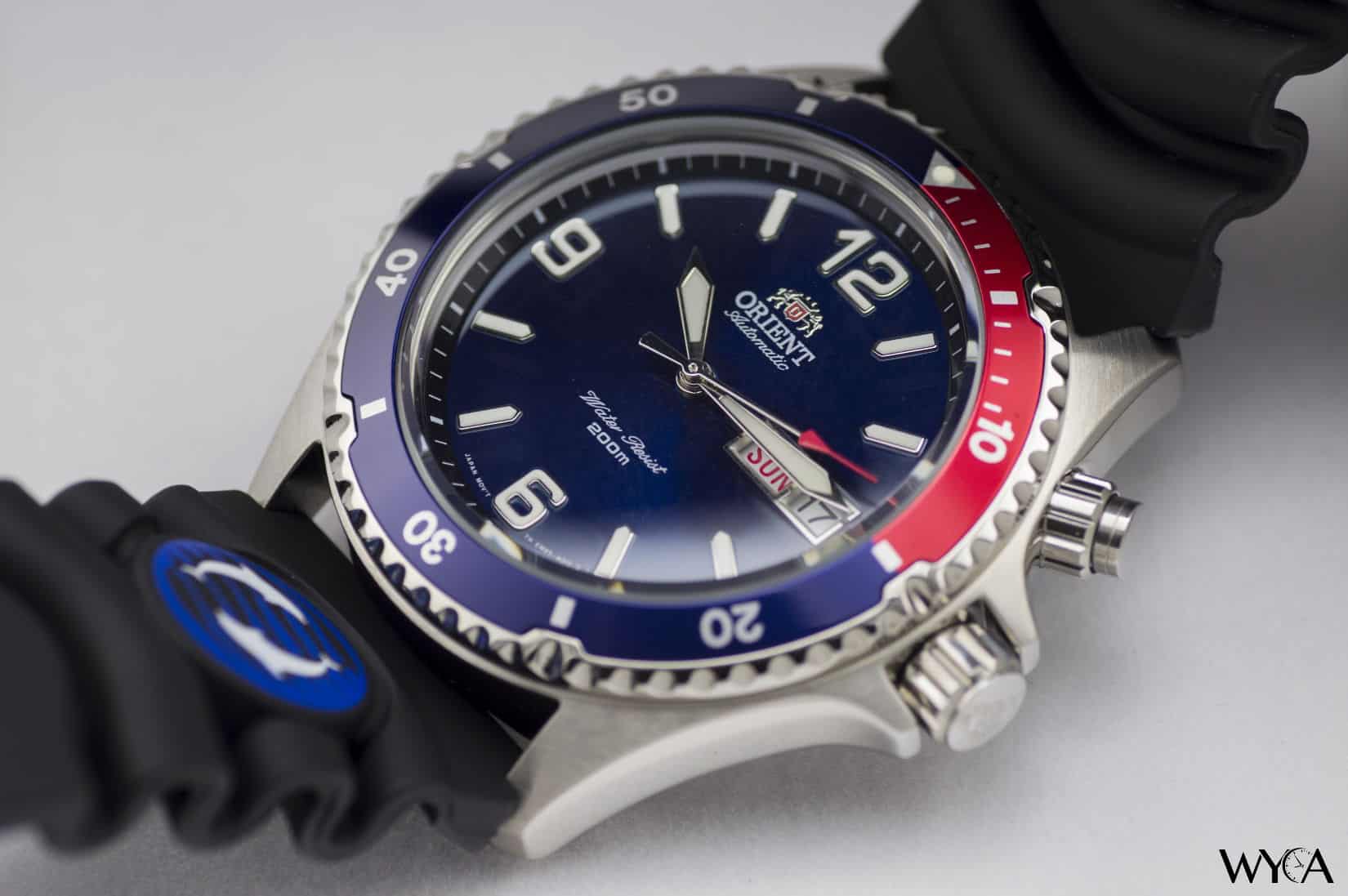 I’ve reviewed a lot of watches on WYCA to date, and yet I’ve only ever reviewed two divers: the Tissot Seastar Powermatic 80, and the now-discontinued Cadence Buccaneer. The Tissot is excellent (and expensive), and the Buccanner can’t be bought anymore. It’s time we check out a new diver, and since we’re on the subject, let’s pick a diver that’s got a bit of a history and legacy to it.

Of course I’m talking about the Orient Mako. Every watch site, blog, and forum has at least one review of the Mako, and I suppose today’s the day we join their ranks.

So, here I am with the Orient Mako Rubber (FEM65003DW). This is the least expensive Mako I could find, snagged for under $185. Let’s check it out. 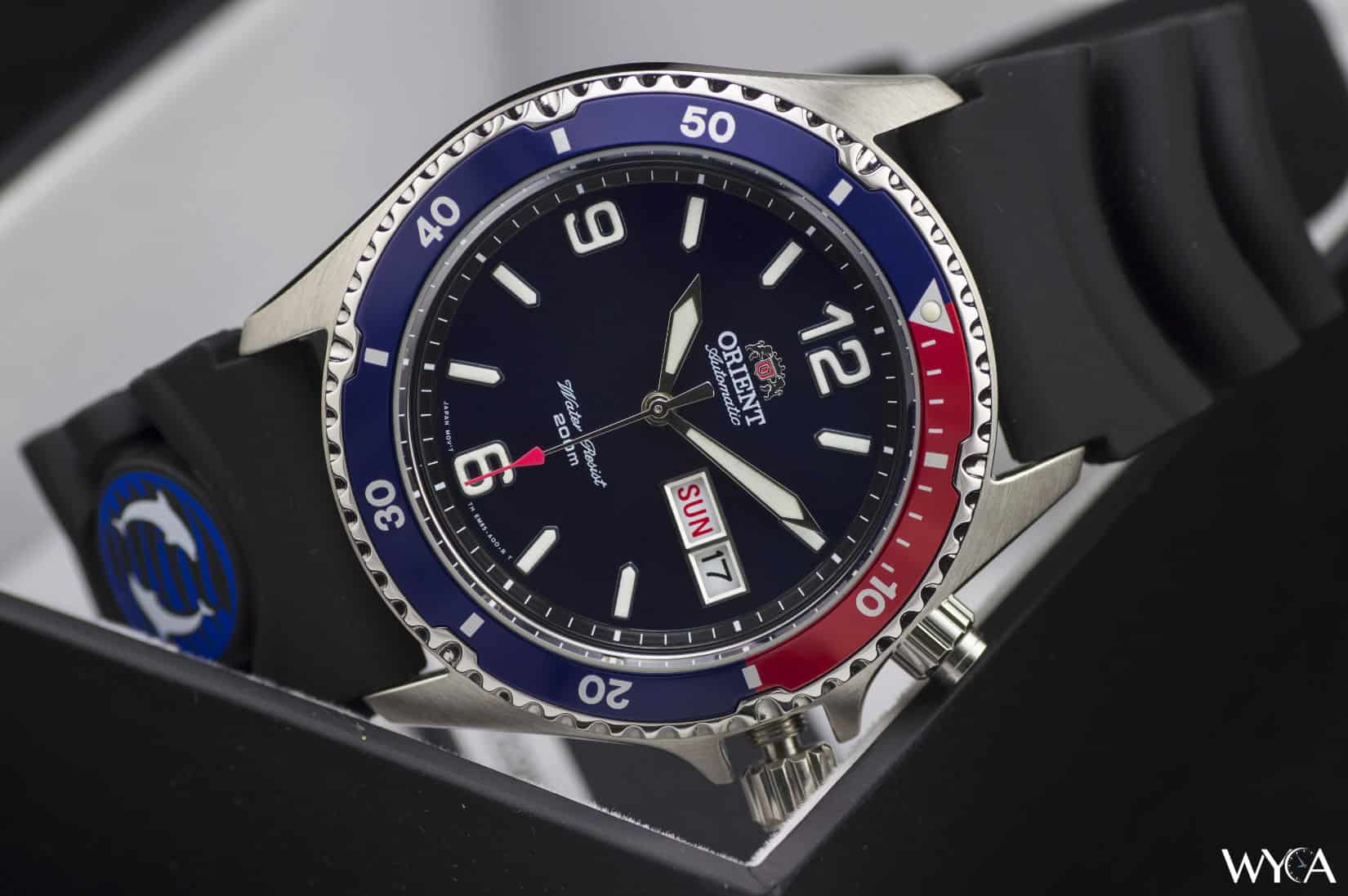 The Mako Comes in Many Flavors. This One’s is Pepsi.

You can find the Mako Rubber available in an assortment of combinations, with a mix of colors, straps, and bracelets available. In the Mako Rubber series, you have a choice between black on black, Pepsi, orange on black, and blue on blue. Of the options available, I think we can agree that the Pepsi is the best looking.

Like most dive watches, the Mako has a rotating bezel (this one is unidirectional). The two-tone blue and red is where the “Pepsi” nickname comes from, and it works. I like the choice in colors- they are rich and deep without being over-saturated.

The case is a combination of brushed and polished surfaces. The sides of the bezel and lugs are polished, with the tops of the lugs brushed. The combination actually looks pretty high end, and with the screw-down crown screwed down, the crown and 2 o’clock pusher complete the rugged, purposeful look. I really like it.

The design feels cohesive, and every element contributes to its sense of toughness. Even the rubber band, with its dolphin button, fits the style. It absolutely looks its part.

The hour markers on the dial are covered in a generous application of lume, as are the sword-shaped hands and the marker on the bezel at 12 o’clock. The seconds hand features a red tip, tying in the red bezel and date display. Against the deep-blue dial, the red seconds hand contrasts and is easily visible.

Finer details, such as the Orient branding and minute markers, are printed on the dial. The hour markers, and the Orient logo, are applied and raised slightly.

Overall, the Mako Rubber looks and feels the part of a dive watch: the strap, case, and dial all meet the stereotype of what a dive watch should look like. Personally, I’m a fan of the look overall (and Pepsi is my cola of choice). 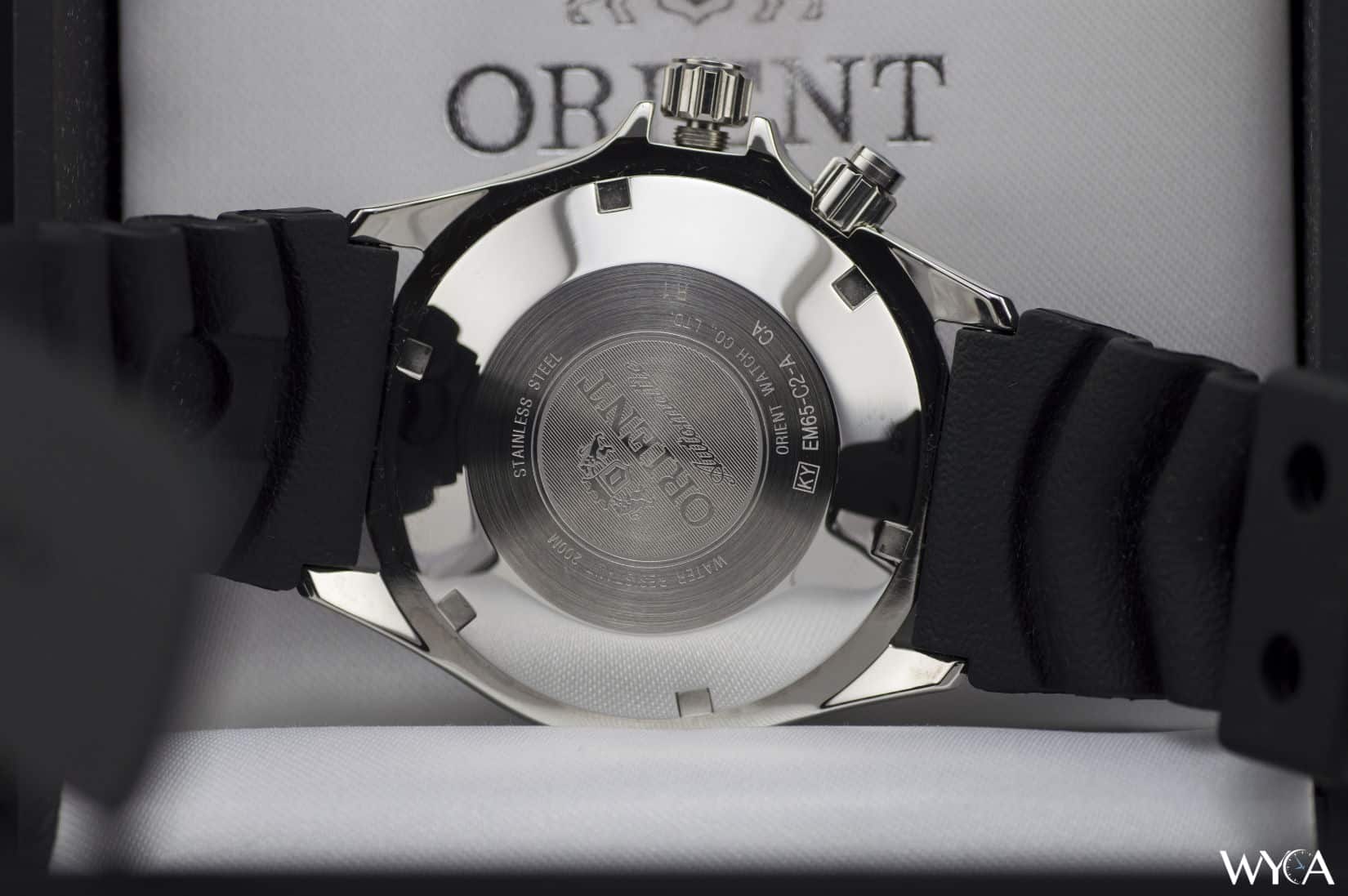 Orient has a history of producing practical, functional movements. The Caliber 46943 is a real workhorse of a movement, with a 40 hour power reserve, 21 jewels, and day/date display. Oddly, the day display is adjusted with a pusher at 2 o’clock, and the date is adjusted via the crown.

The 46943 is not a premium movement. It lacks hand winding, doesn’t hack, and beats at a fairly standard 21,600bph. However, unlike other workhorse movements, and unlike the Miyota 8215 specifically, the Orient movement can be easily serviced. The Miyota 8215, due to the design of the main bridge, is often not able to be serviced.

The Orient movement is a watchmakers movement, meant to last and do its job without fuss or complaint. It is hand-made in Japan, with millions of examples now out in the world. It has a 40-year legacy, and it beats on inside the Mako. In my opinion, it’s the best part of the watch.

Using toolwatch.io as a barometer, the 46943 inside this Mako is running +5 seconds per day, which is actually quite good. For an entry-level affordable auto, that deviation is acceptable. 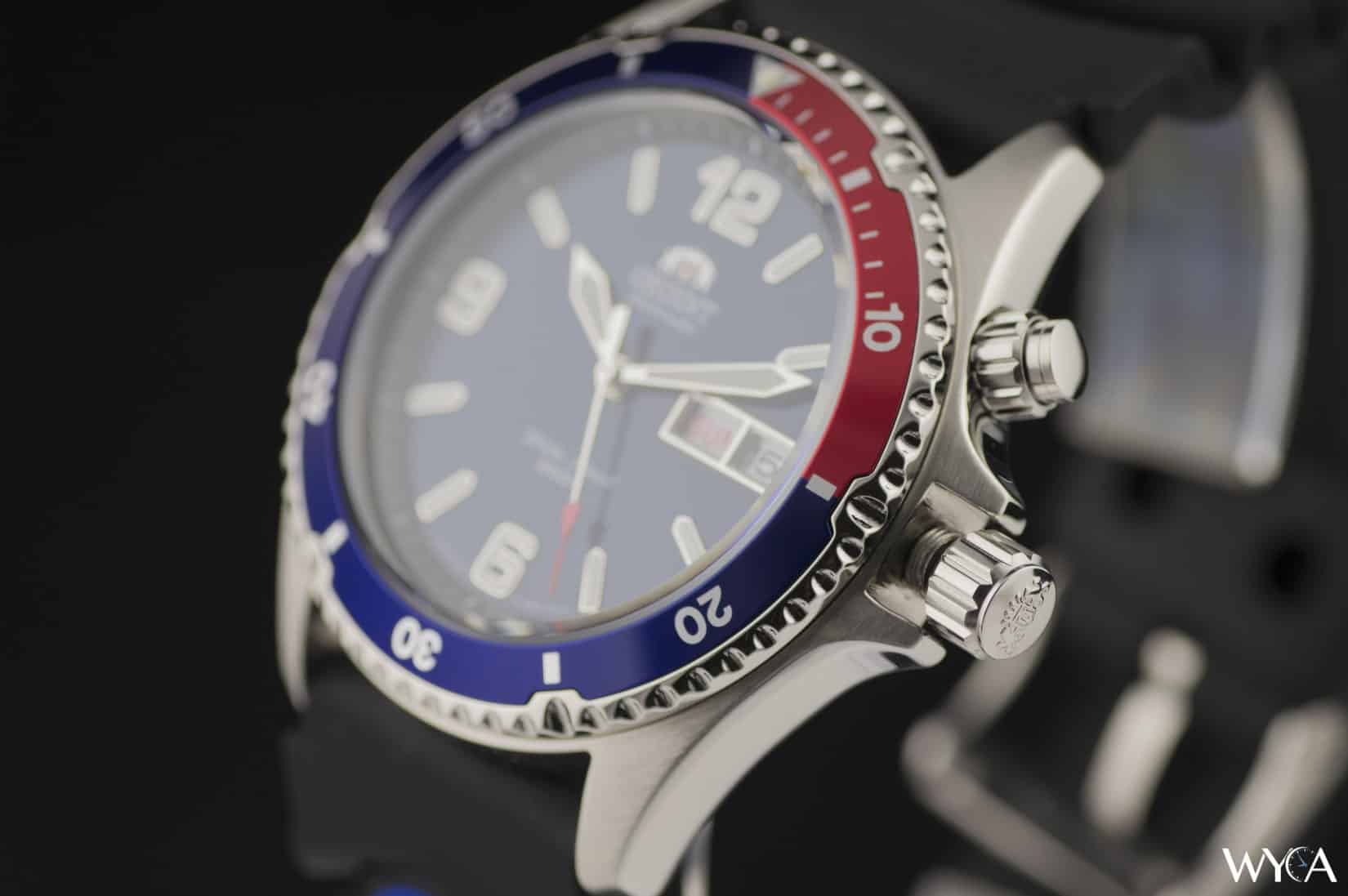 The short answer is, no. With 200m of water resistance, you’re really looking at a watch designed to be worn swimming but not necessarily to go diving. This reality makes the Mako’s scuba-ready looks a little deceptive, but it’s easy to forgive.

200m of water resistance is still quite capable, standing up to swimming/snorkeling/etc. with ease. That means you can definitely wear it to the beach, but it needs to stay at home if you decide to actually throw on your dive gear.

Of course, ensure the screw-down crown is nice and secure before you hop in the water.