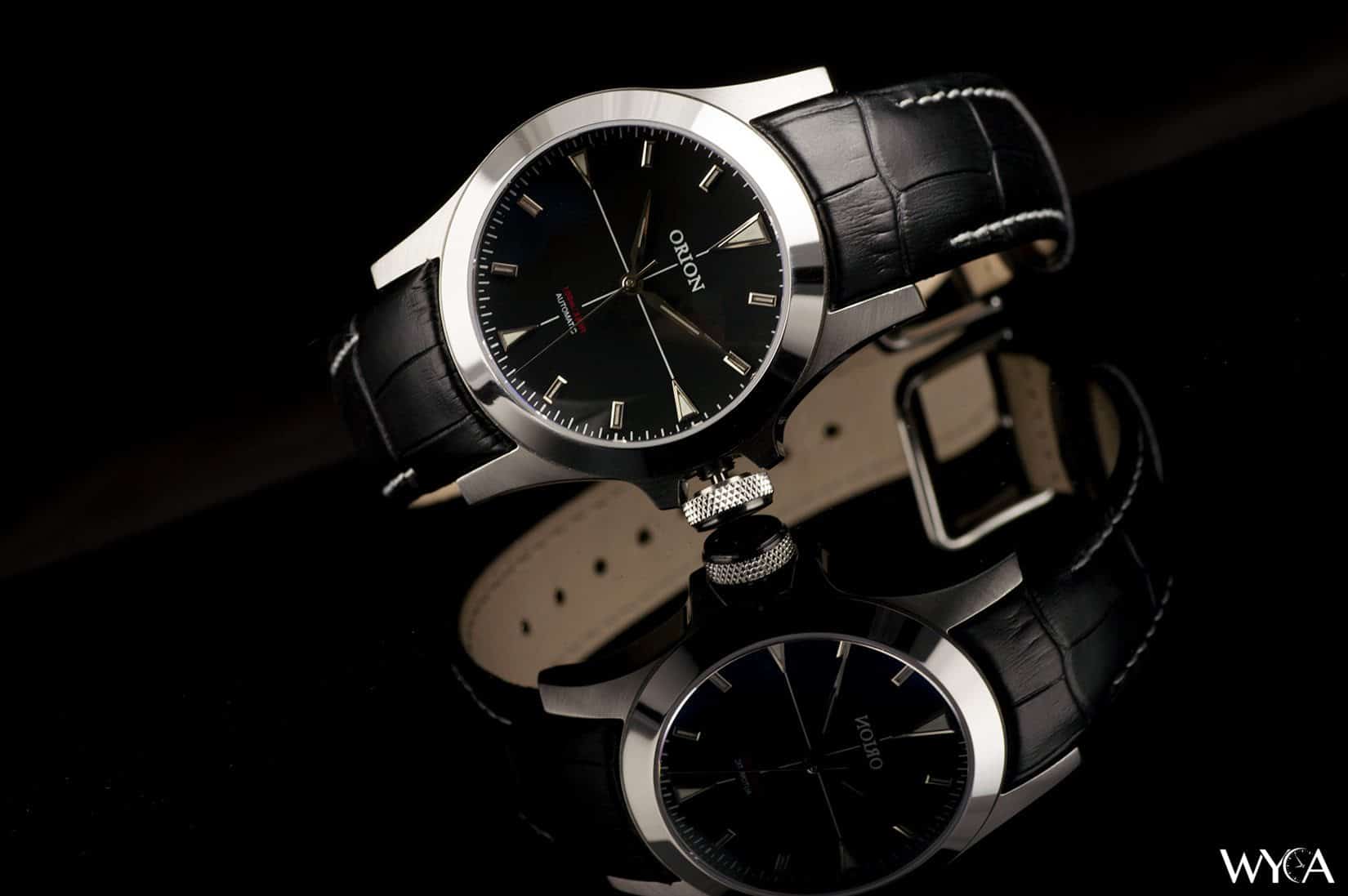 This watch is the real deal, and I mean that in every sense of the word.

The Orion is a microbrand at its most micro, where the individual behind the brand is also the person that manufactures your watch. It’s a unique story, and not one that I’ve yet encountered across nearly 100 watches and connections with literally dozens of manufacturers of varying sizes.

For someone that wants something special – something truly genuine – the Orion is unlike anything else you’ll consider… and that’s just part of what makes it great. 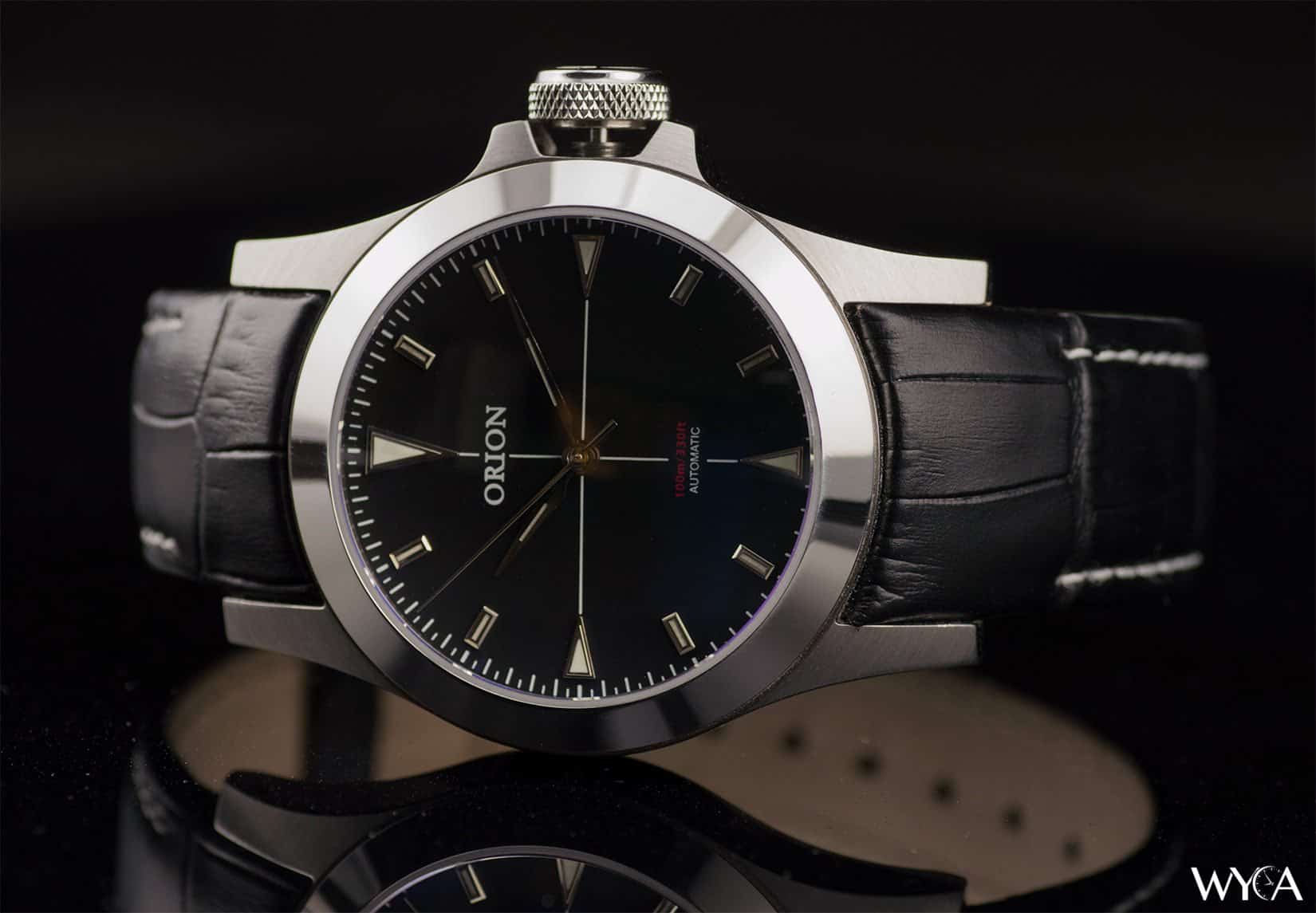 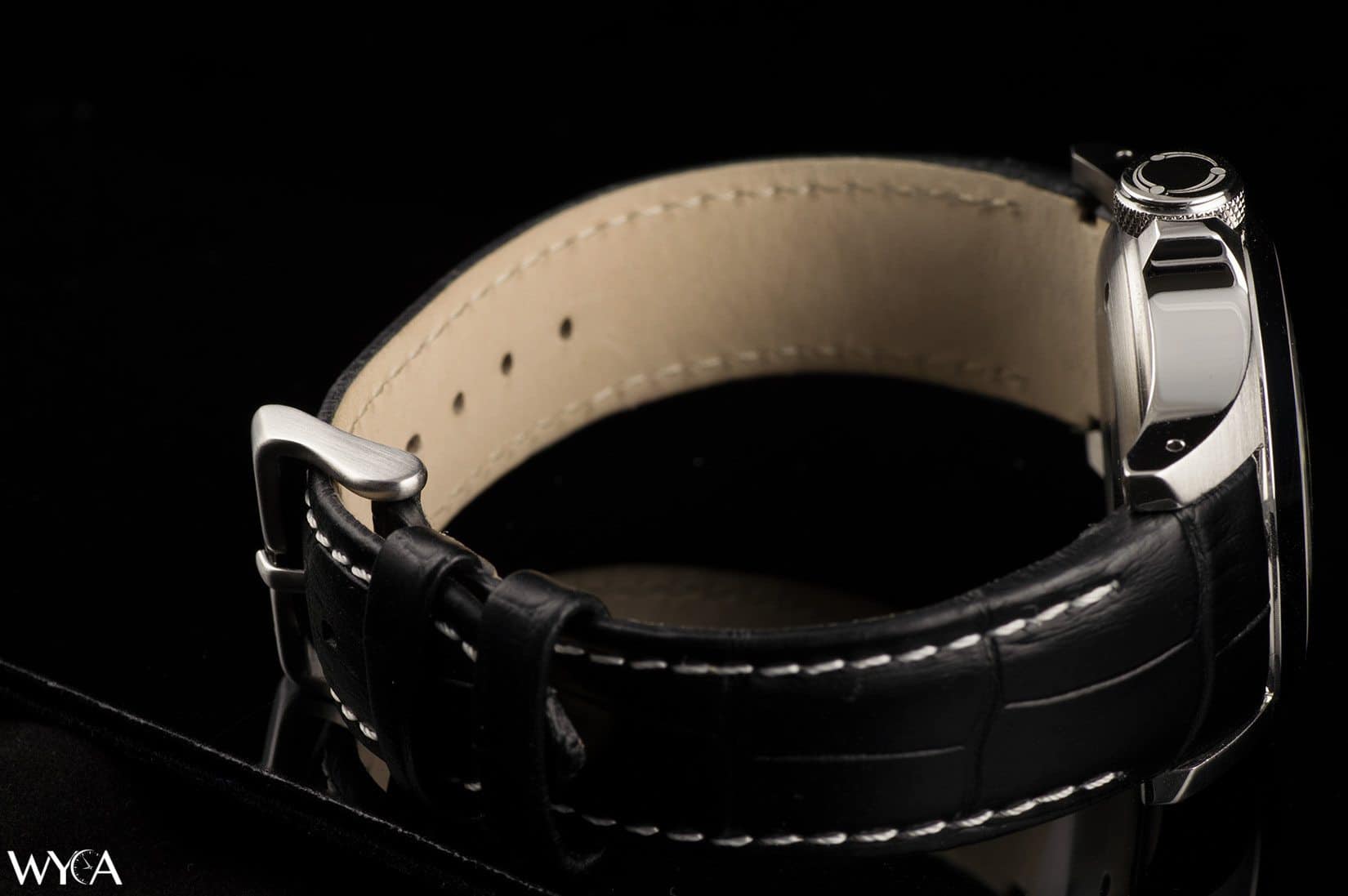 Hand-Assembled By Nick Harris, The Man Behind the Orion

The world of horology has become commoditized. Anyone – even you – can create their own watch brand, including receiving an initial batch of 100 or so watches – for under $10,000. Third-party companies will design and assemble your watch, preferably with your input (but that’s not needed), and then ship them to you. Done.

That’s all it takes to create a brand. It’s part of why microbrands have become so commonplace. 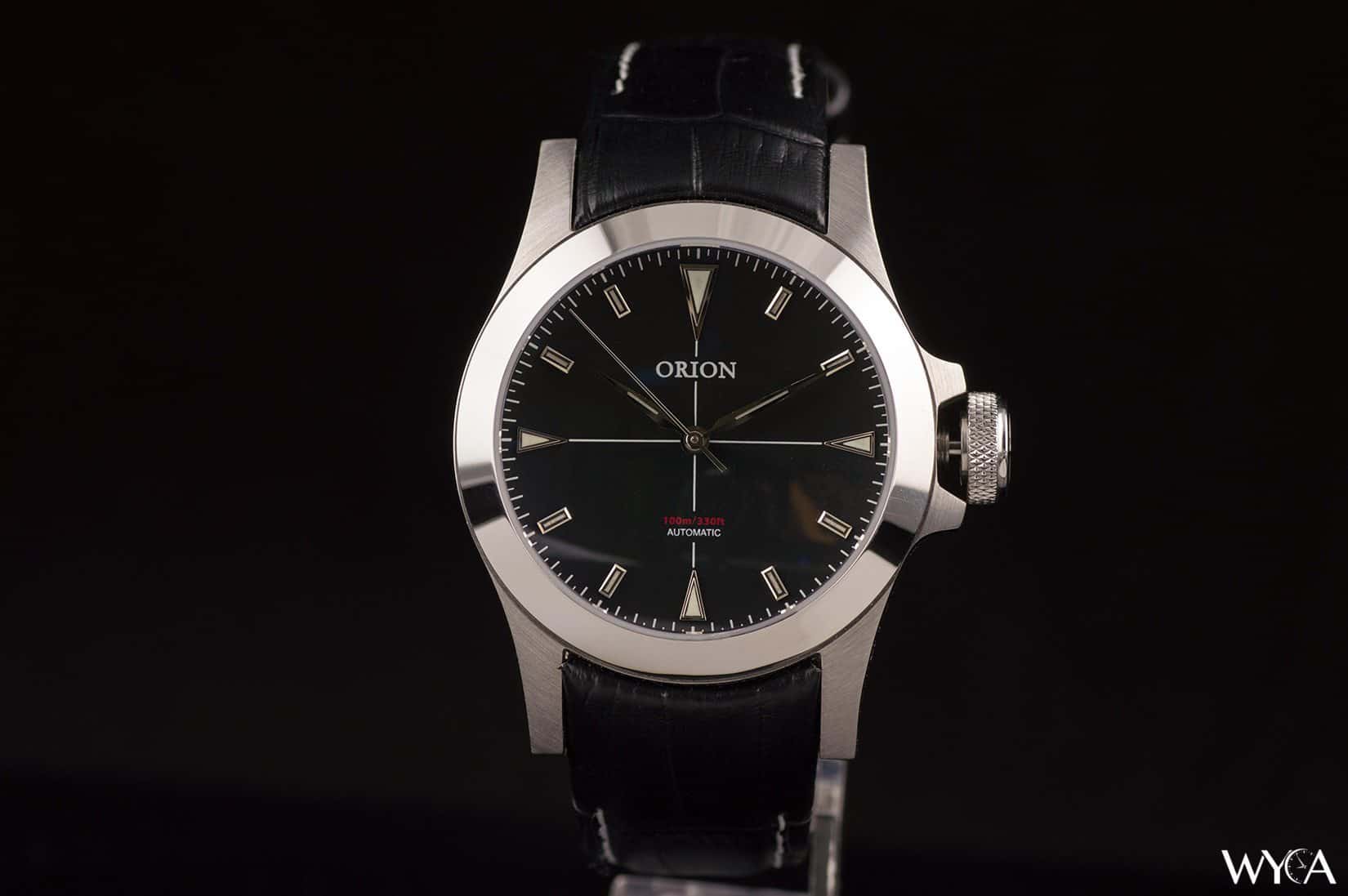 The Orion is different. It serves a purpose – putting its founder through watchmaker’s school – and does so with clear intent. It’s simple, understated, but also bold in its design. It’s a seemingly impossible combination that succeeds because of its smaller case size and reserved styling.

It carries an air of confidence that’s hard to describe. There are no unnecessary complications or undue pomp; it’s a clean, not-quite-minimalist look that compliments its wearer. 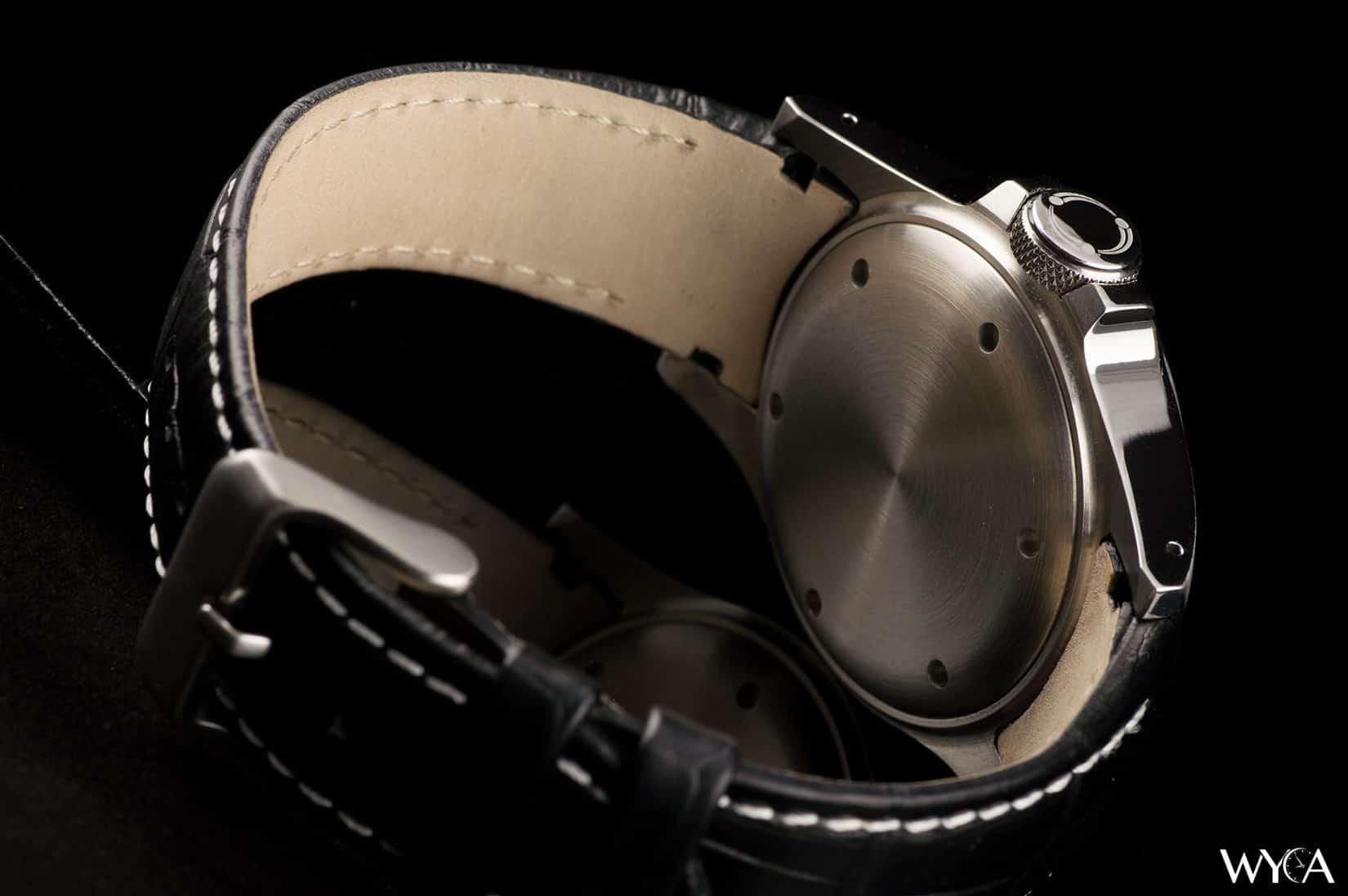 The one I’m wearing – the black dial with black and white-stitched leather – is probably my favorite micro I’ve worn in a while.

It’s comfortable to wear, carrying a certain weight that conveys its presence. It fits my wrist perfectly, and thanks to its monochromatic palette, you can swap out the included leather for nearly anything and the Orion will wear it just fine.

The knurled crown gives the watch a tough persona, and the sapphire glass, NH35 movement, and 100m of water resistance give it the technical chops to back that persona up. 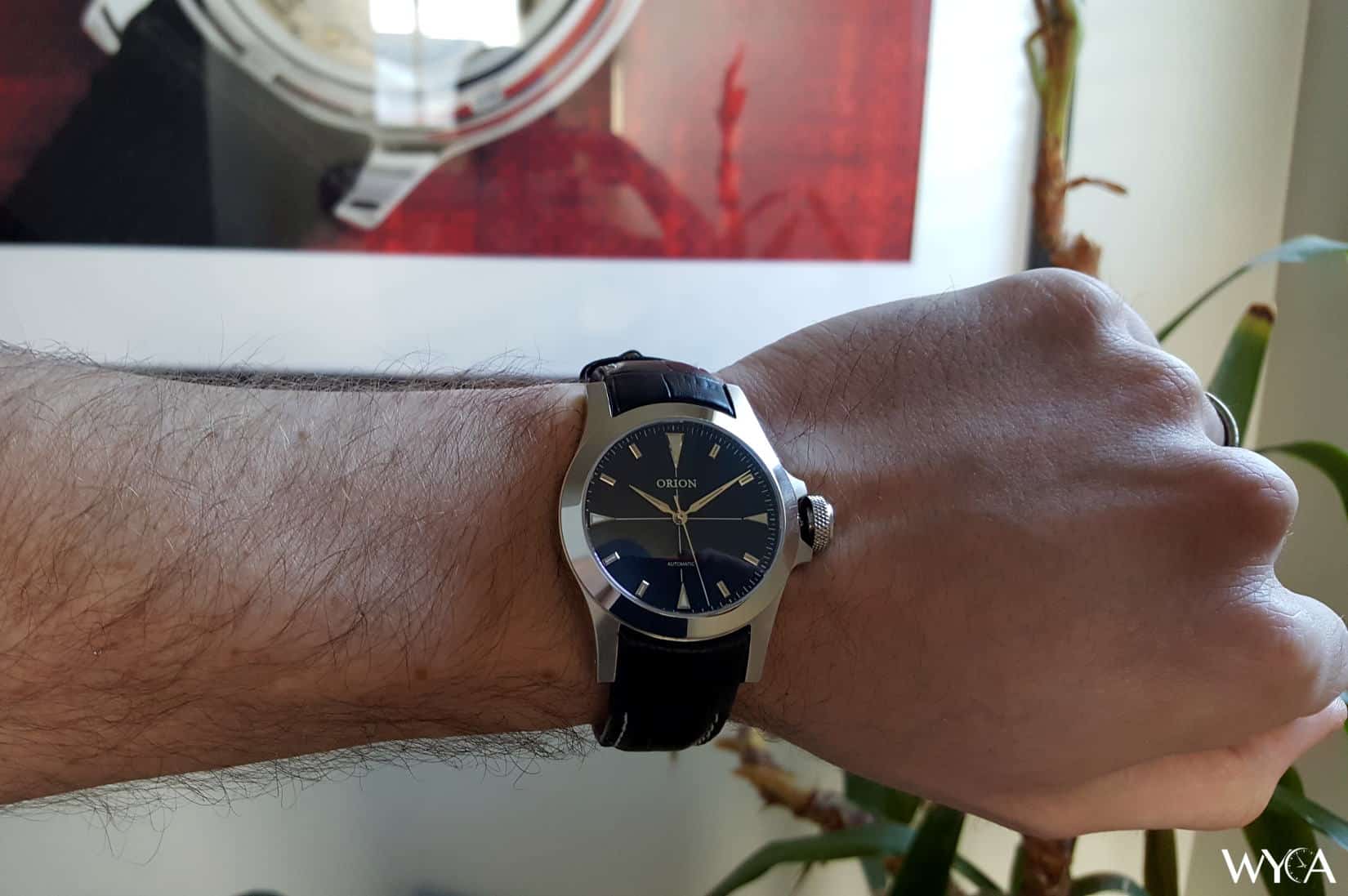 Nick’s passion for horology is obvious, and one only needs to skim his Facebook page to see what I’m talking about. It seems as if every day he’s posting new ideas and trying new things. One day he’s posting about his adventures creating blue screws, and the next he’s stuffing half-dollar coins into watch cases. His page is an ode to what I think all watch lovers would love to do: take their ideas and apply them to something that belongs on their wrist.

It builds a connection to the brand that most just can’t replicate. There’s something novel and appreciable about getting to know the man behind the movement, so to speak, and that’s part of what makes the Orion a special watch.

I know that there isn’t a warehouse full of Orions sitting in Shenzhen somewhere. If I had to guess, there are about 15 for sale right now, and all of them are likely sitting somewhere at Nick’s place. There’s a definite novelty factor there, and I’m not sure it’ll wear off for me anytime soon.

This is a watchperson’s watch, made by a true, honest-to-goodness watchperson. And I just love that.