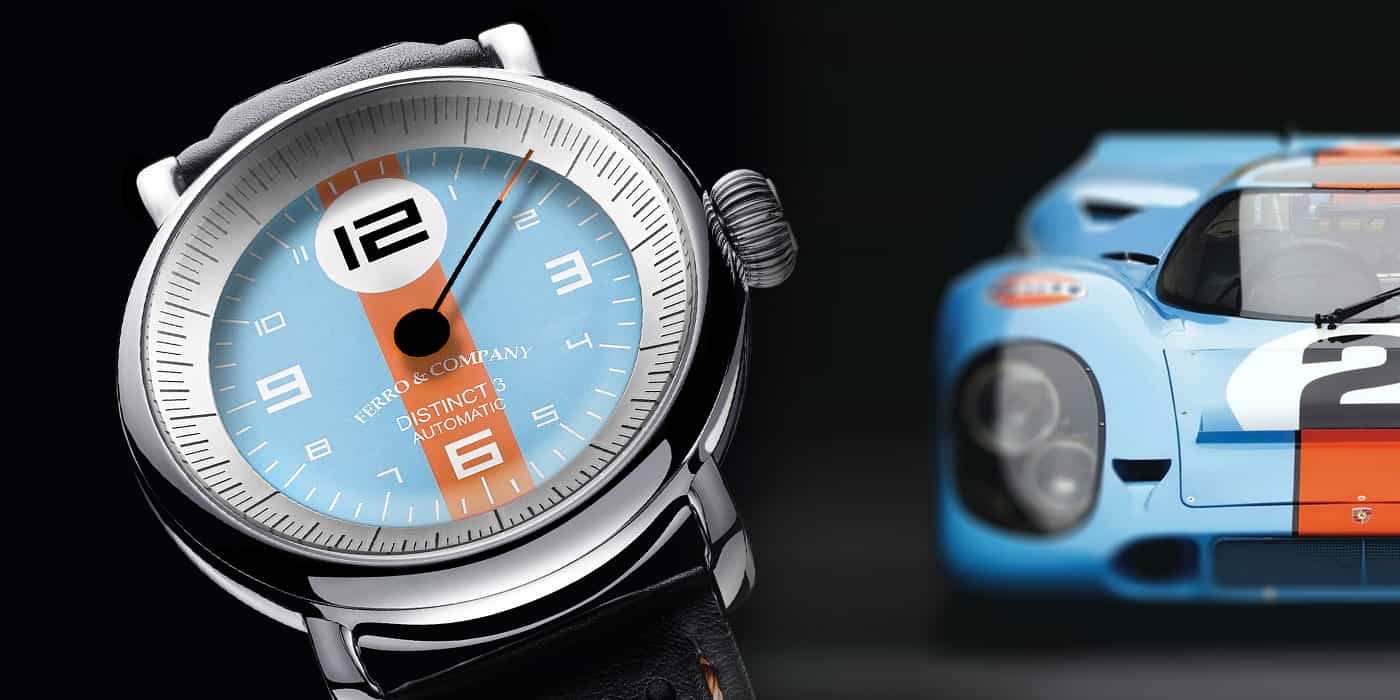 Ferro & Company, a Canadian Microbrand founded in 2014, has brought their latest project to Kickstarter and it’s a real beauty. The Distinct 3 is styled after vintage racing, and if you’re a petrolhead, the Le Mans influences and automotive inspiration are obvious.

Single-handed watches are relatively uncommon, and few look as good as this. The Distinct 3 ships with three distinct styles (“Gulf”, “Grand Prix”, and “Petrol”), each of which bears their automotive influence on their (your) sleeve.

The Distinct 3 features a 42mm case, sapphire crystal, 100m of water resistance, and four movement options (three automatics, one quartz). The three autos powering the Distinct 3 are an ETA 2824, STP1-11, or a Miyota 9015, and the quartz movement is a Ronda 715.

As of today, just under three weeks remain for the Kickstarter campaign, and it has already hit its first stretch goal: a second strap, a nylon zulu nato. More stretch goals will be released as the campaign continues to hit milestones.

Ferro & Co. has earned a reputation in the wild as a solid microbrand that makes good stuff. The Distinct 3 looks like an interesting addition to your watch collection. Who knows – maybe I’ll get my hands on one soon.

Check out the Kickstarter campaign here.