Skip to content
Home » Hamilton Pan-Europ: Then vs Now

First Released in 1971, and Revisited Again in 2011, the Hamilton Pan-Europ Has Always Been a Looker.

Inside was the Calibre-11 automatic chronograph movement- a robust and sought-after movement that gave the Pan-Europ a true soul. In my Hamilton Pan-Europ Day/Date review I talked a little bit about the vintage Pan-Europ, but I mostly focused on the one I had in my hand. This was because the odds of me finding one to take photos of and review were pretty low (let’s call a spade a spade- aBlogtoWatch I am not :P). 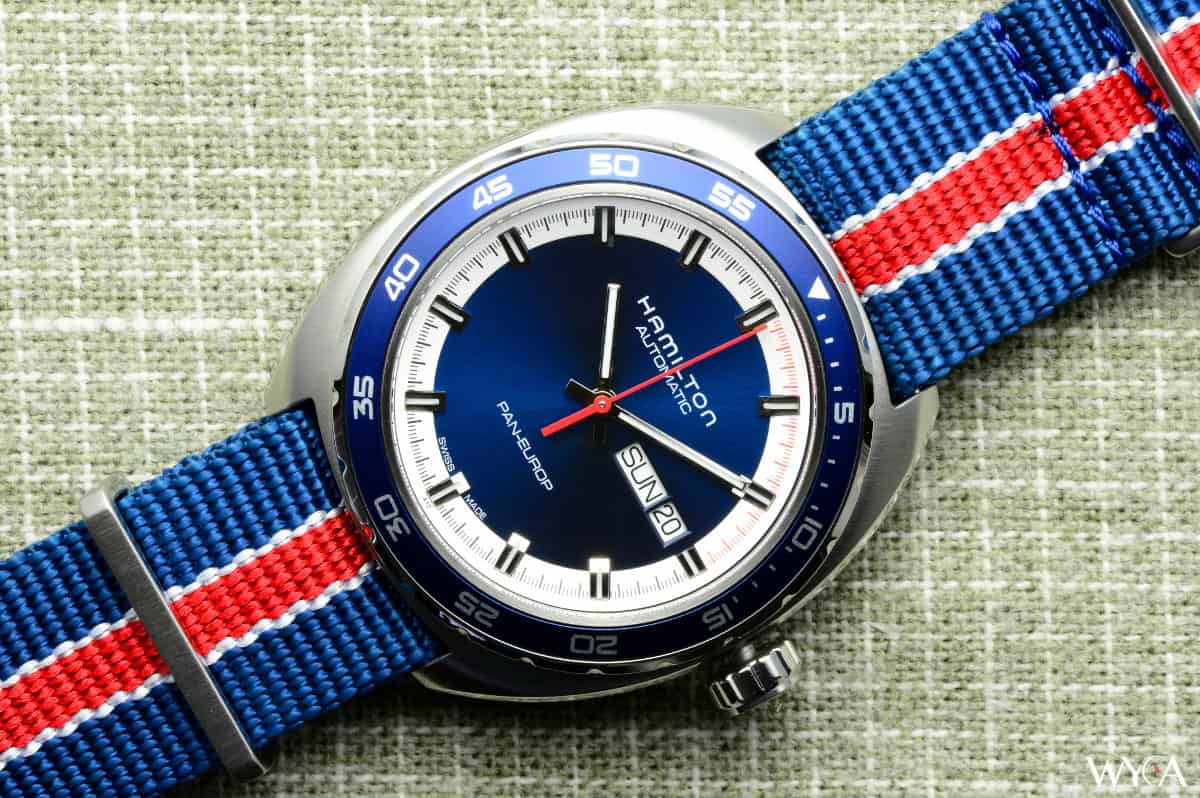 After going to a local watch meet I met doncommando, who agreed to loan me his vintage Pan-Europ for a while so I could snap some photos.  Just a couple of weeks later, Justin at Gem by Carati loaned me a brand-new Pan-Europ Auto Chrono for a few days. I thought this was the ideal time to get some side-by-side shots of the vintage Pan-Europ and its modern re-imagining.

When I was searching for information about what was different between the two versions of the Pan-Europ, it was hard to find some really good photos of the two side by side. What an opportunity to make my own! I hope you enjoy 🙂

Check them out below!