Skip to content
Home » Timex: The Story & History Behind an American Watchmaking Icon 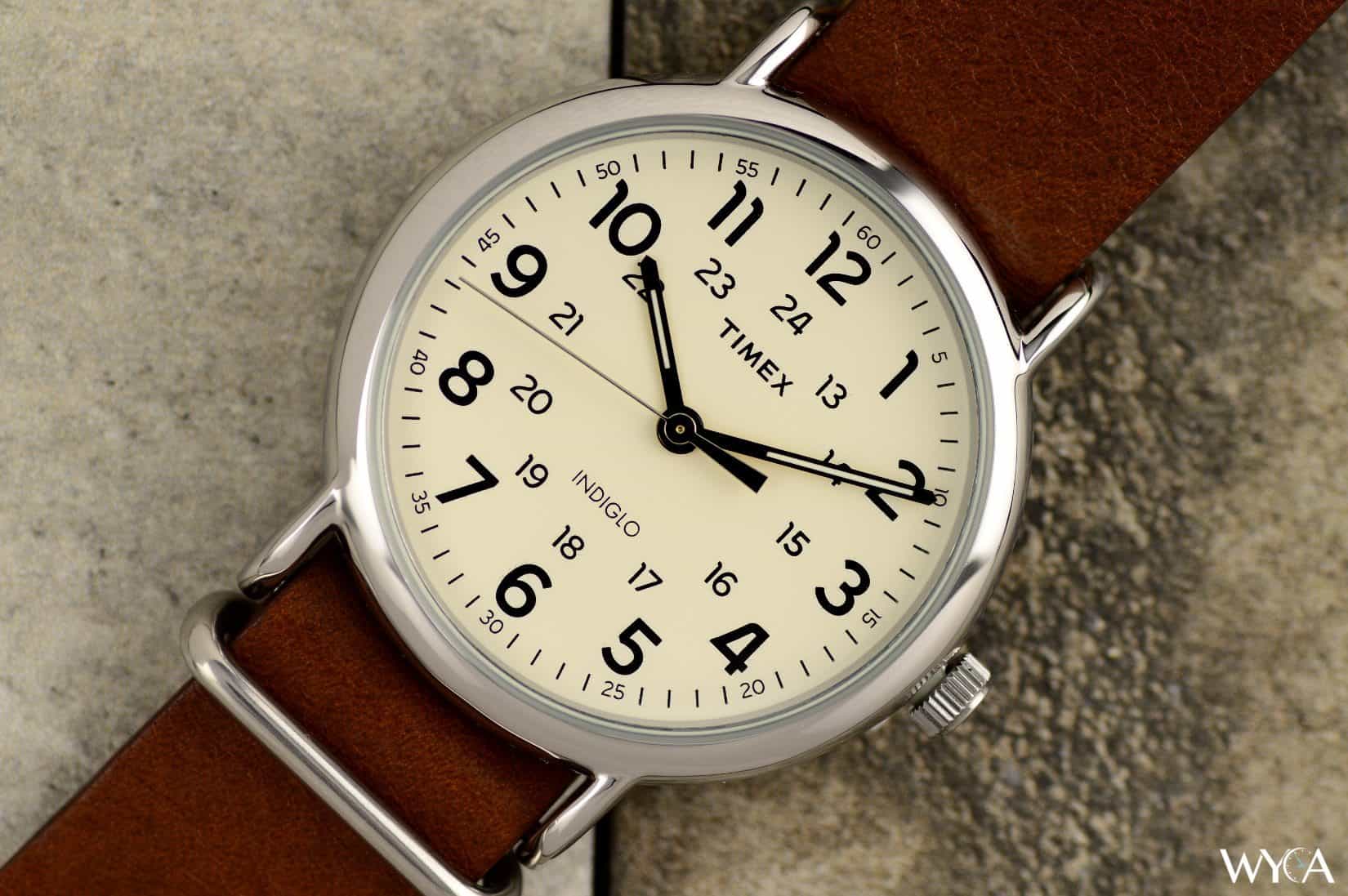 This article will be an interesting one mostly because it’s quite a personal one for me. People can usually define the earliest time that they became a watch fan: whether that it was a personal memory between you and a family member, or you had a life-altering experience between you and a timepiece, everyone has that moment in their lives.

Mine was in 1993, my birthday, and my parents brought me to the department store. I wanted this remote control car but I saw this watch. It was a pretty nondescript analog faced wristwatch, but it had writing on the white face that I couldn’t read because it had reflection.

The sales lady saw my interest and showed me this cool party trick: push a button and it glows! It lights up and it had a neat glow. I asked my dad if I could get this, and he said yes.

I didn’t know how to read time, but my parents taught me how to read the time and then expanded to why certain clocks had 12 and 24 on the face.

I looked at the writing and read it out loud: “Indiglo”. 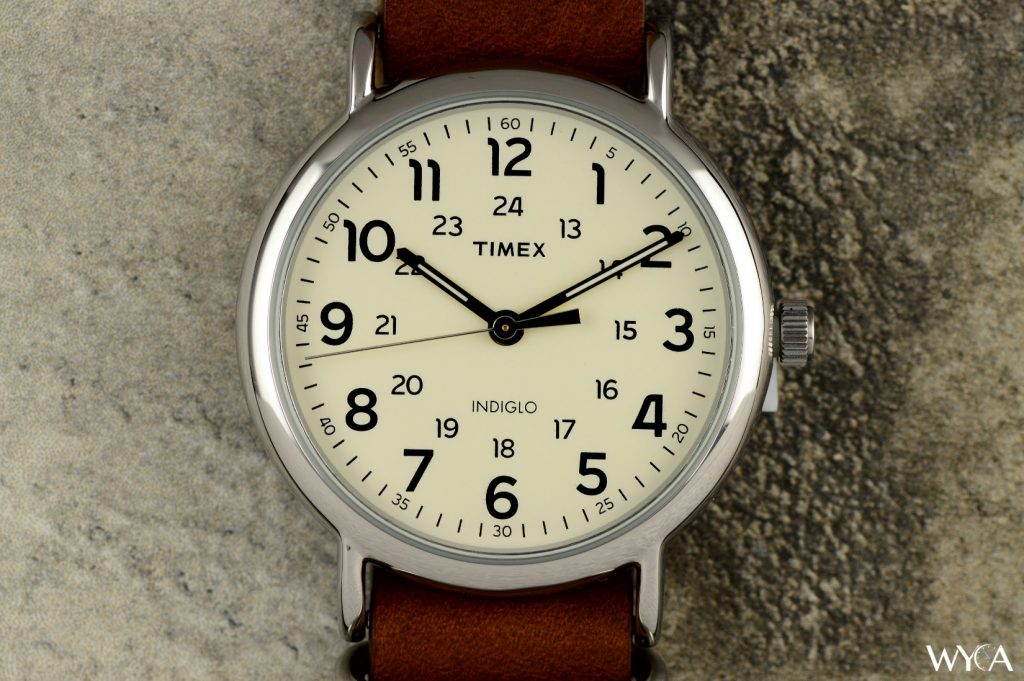 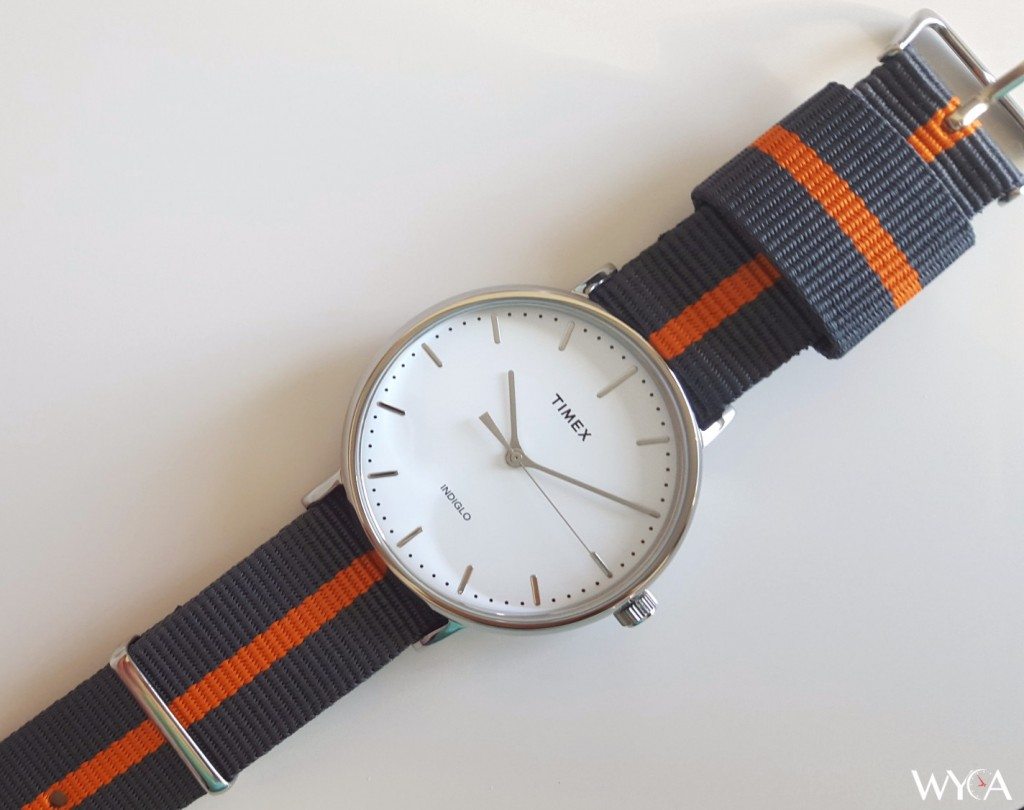 The Colorful History of Timex

Timex has a colorful history, full of ups and downs. With American roots in the mid 1800s, Timex was first known as Waterbury Clock Company where that company created clocks and was one of the few watchmaking companies in America. They made an impact in the industry, becoming one of the largest producers in the country.

Over time, the company diversified and created gyros and bomb fuses for the US military and became United States Time Corporation. Here is where the first iteration of the brand ‘Timex’ came about, where the ‘X’ suffix was to “convey U.S. Time’s technological expertise and innovation”

Here is where the first iteration of the brand ‘Timex’ came about, where the ‘X’ suffix was to “convey U.S. Time’s technological expertise and innovation”

The first innovation within Timex was the early ‘torture tests’ to show the durability and strength of Timex watches. This was a turning point for the company and the tests help solidify their mark in the watch market. It was being sold at department stores, drug stores, where the masses can pick up a solid timepiece for an affordable price. 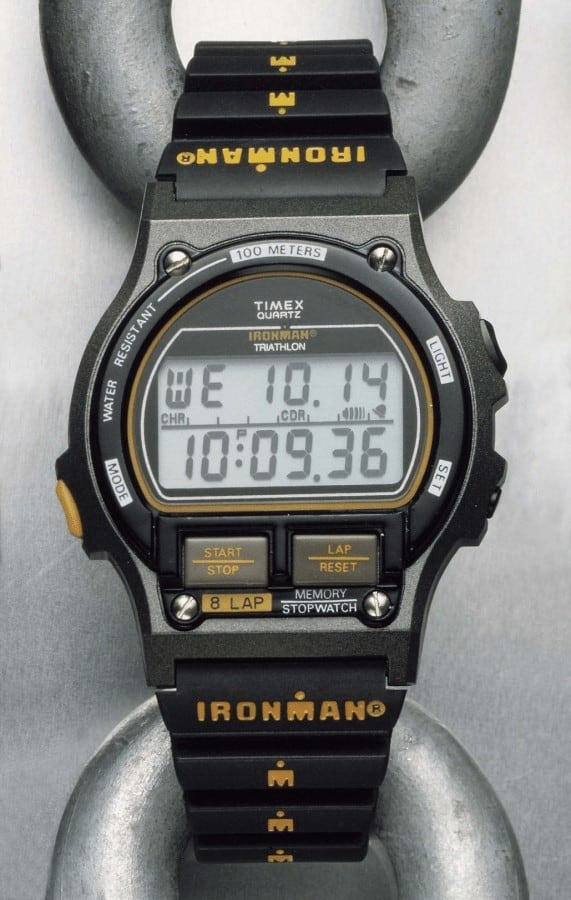 Timex was enjoying great success until cutthroat competition from other American brands, and new technological advances from Asia destroyed the local watchmaking economy. Timex by the mid 70s was seen as outdated and obsolete. They tried venturing to other markets, but was forced to abandon those ideas and focus solely back into watchmaking.

The company focused on increasing quality, and doing continuous improvement on their manufacturing process, trying to decrease parts and reduce production time without compromising on their durability. Because of this, water resistance, longer battery life were just some of the improvements that came about.

These new improvements went into one of their most popular and well-known products, the Timex Ironman Triathlon. Developed in conjunction with the sporting event bearing the same name, it was done to boost sales within the company and it worked. Athletes loved the watch and the functions it delivered: 100 meter water resistance, digital chronograph, timer, and multiple alarms. 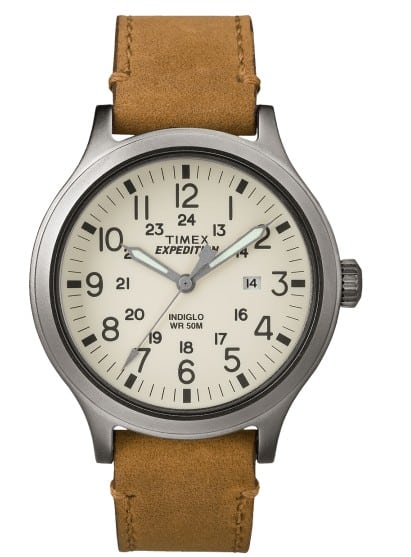 In 1992, the company introduced a technology called ‘Indiglo’ night light technology, where the watch emitted an indigo-hue glow for night readability. It was easy on the eyes and could be implemented in both analog and digital faces. This is the technology that got me started in watches and I still have that watch today.

They further solidified their commitment to sports by partnering with the New York City Marathon in 2008 for four years. Nowadays, the company is focused on keeping up with technology, producing other products such as GPS-enabled watches, heart monitor watches, and not forgetting their commitment to durability at affordable prices.

Other collections within the marque include the Expedition, where it focuses on sports-related functionality with fashion styling such as this Expedition Scout 43 to the complex, six-hand, four-motor microprocessor ‘tool’ watch in the Intelligent Quartz lineup. 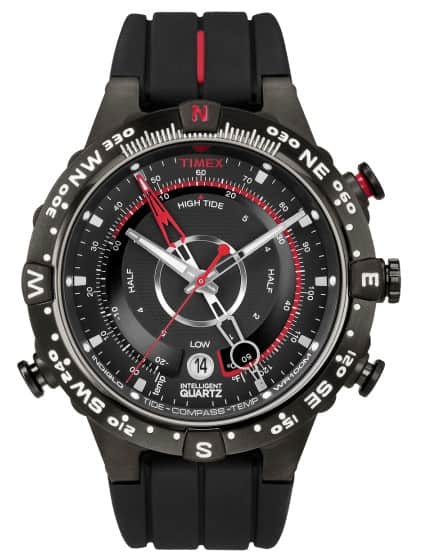 A personal favorite of mine from this collection is the Tide Temp Compass watch, where tide tracker/temperature tracker ticks away alongside a manual compass. Great for the mountaineer hiker that wants an all-rounder that can do it all.

Timex has many watches in their repertoire to satisfy all tastes, all within affordable price ranges. Their dedication keeping a low price without forgetting what the mantra that made them famous,

“It takes a licking and keeps on ticking.” 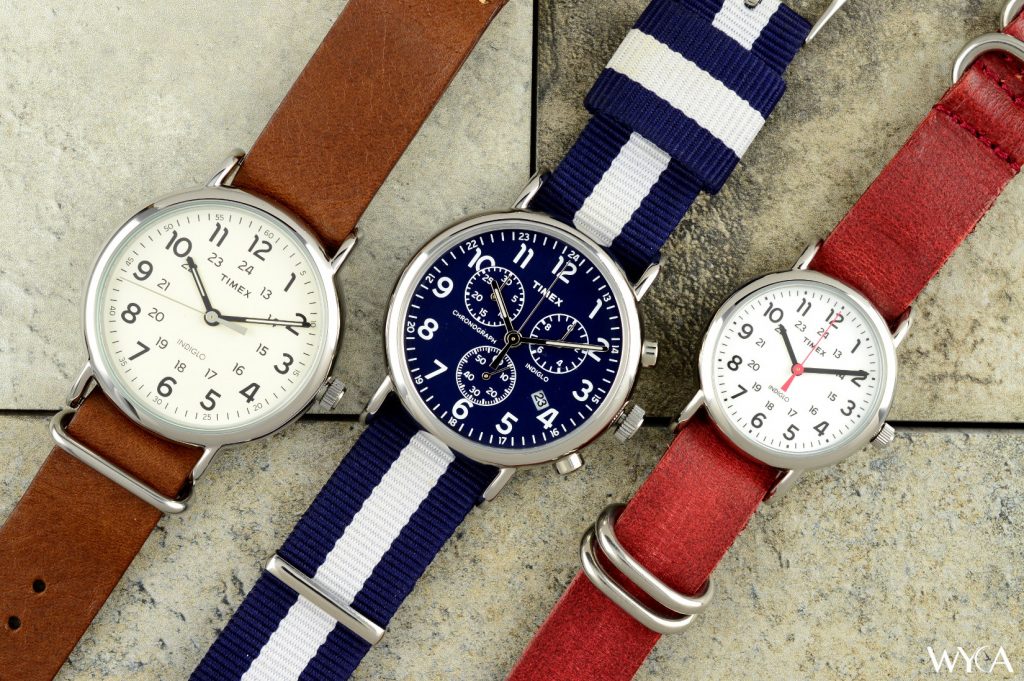 It’s difficult, if not impossible, to create a review-site focused on watches that people can afford without properly representing Timex.

The brand is, perhaps more so than others in its class, synonymous with quality timekeeping and every person affordability. Don’t get me wrong – I love seeing higher-end brands create truly stunning timepieces – but for the regular Joe, someone who doesn’t have a six or seven-figure bank account balance, Timex is a brand that consistently delivers above its price point.

Consider this: the Timex Weekender is one of the most popular watches ever made. Every year, millions of people strap a Weekender to their wrist. The Weekender is found routinely for well under $50, complete with a leather strap and Indiglo-backlight, and in sizes for nearly everyone (from 36mm to 42mm).

Put one on your wrist we bet you’ll become a fan as well.

Passionate about cars, watches, and everything technology, Don likes to learn about the intricacies of each hobby and absorb as much trivial information as he can. He can't do the second derivative of 2x+2 easily, but can easily explain to you how to double-clutch a manual car. He denies being a hipster, but his collection of vintage watches and owning a classic Mini says otherwise. He's one plaid shirt away from going full hipster, and he's just on the cusp of normality. He once bought a Volvo wagon on a whim and regretted everything.

2 thoughts on “Timex: The Story & History Behind an American Watchmaking Icon”