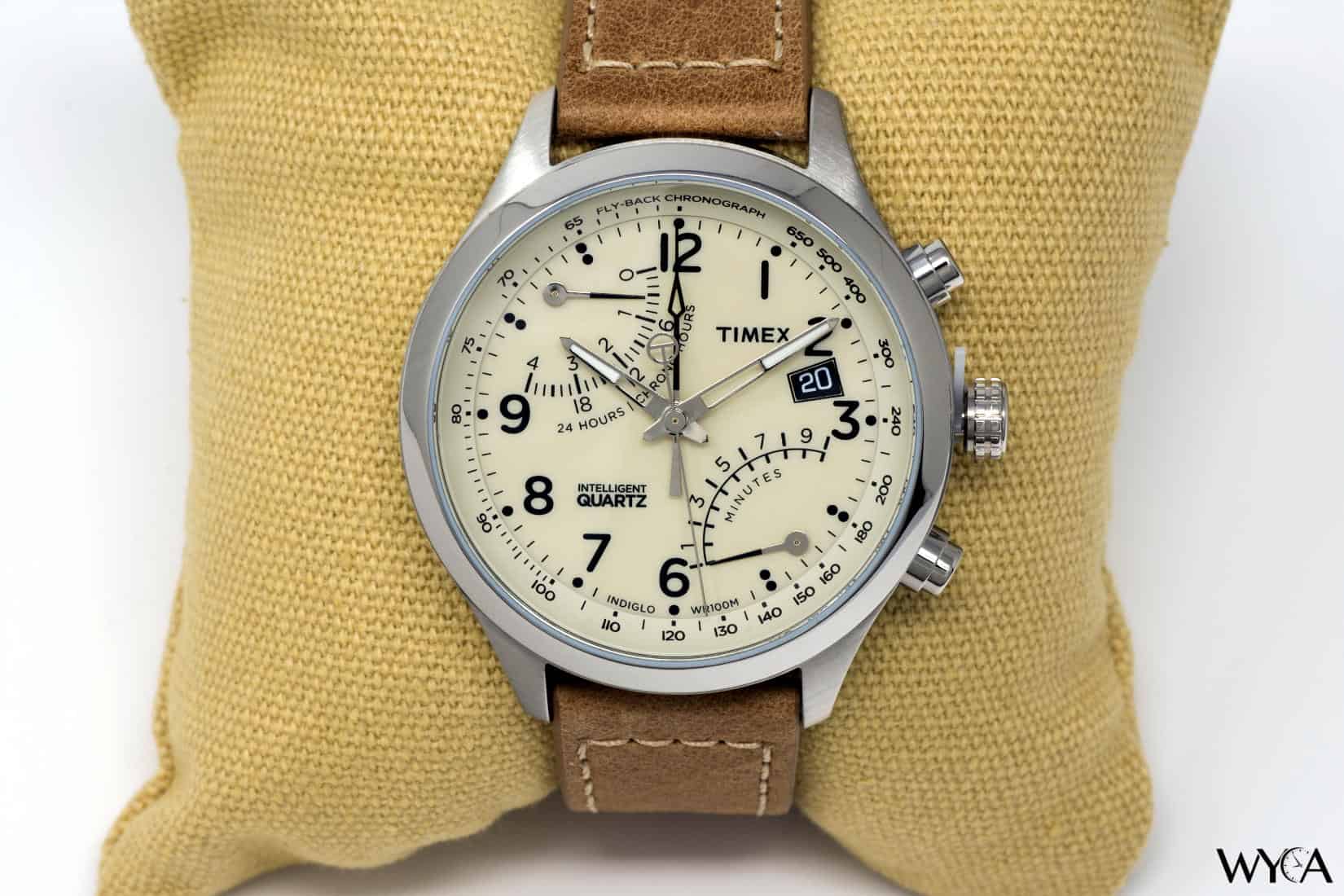 Long-time readers know that Timex is one brand that I’ve been bullish about since I started WYCA. After all, both the Weekender 40 and its Chrono-Cousin are two of my favorite watches. Of all the pieces in my 44-watch collection, the Weekenders are among the most worn.

Why the Weekender? They’re inexpensive, made pretty well, and last a long time if you take decent care of them. It’s not just the Weekender, by the way- the same is true of the Expedition Field Chrono, and also of the mini-Weekender that Melissa rocks. Those qualities are great descriptors for anything made today to possess… and still, it is also true of the two vintage Timex Viscounts I own from the late-70s.

Clearly, I’m a fan of the brand.

Still, the Intelligent Quartz is boxed up, wrapped up, and ready to be shipped out. It hasn’t grabbed me the same way other Timex’s have, and so off it goes. It’s not for me, but it may be for you, so let’s check it out. 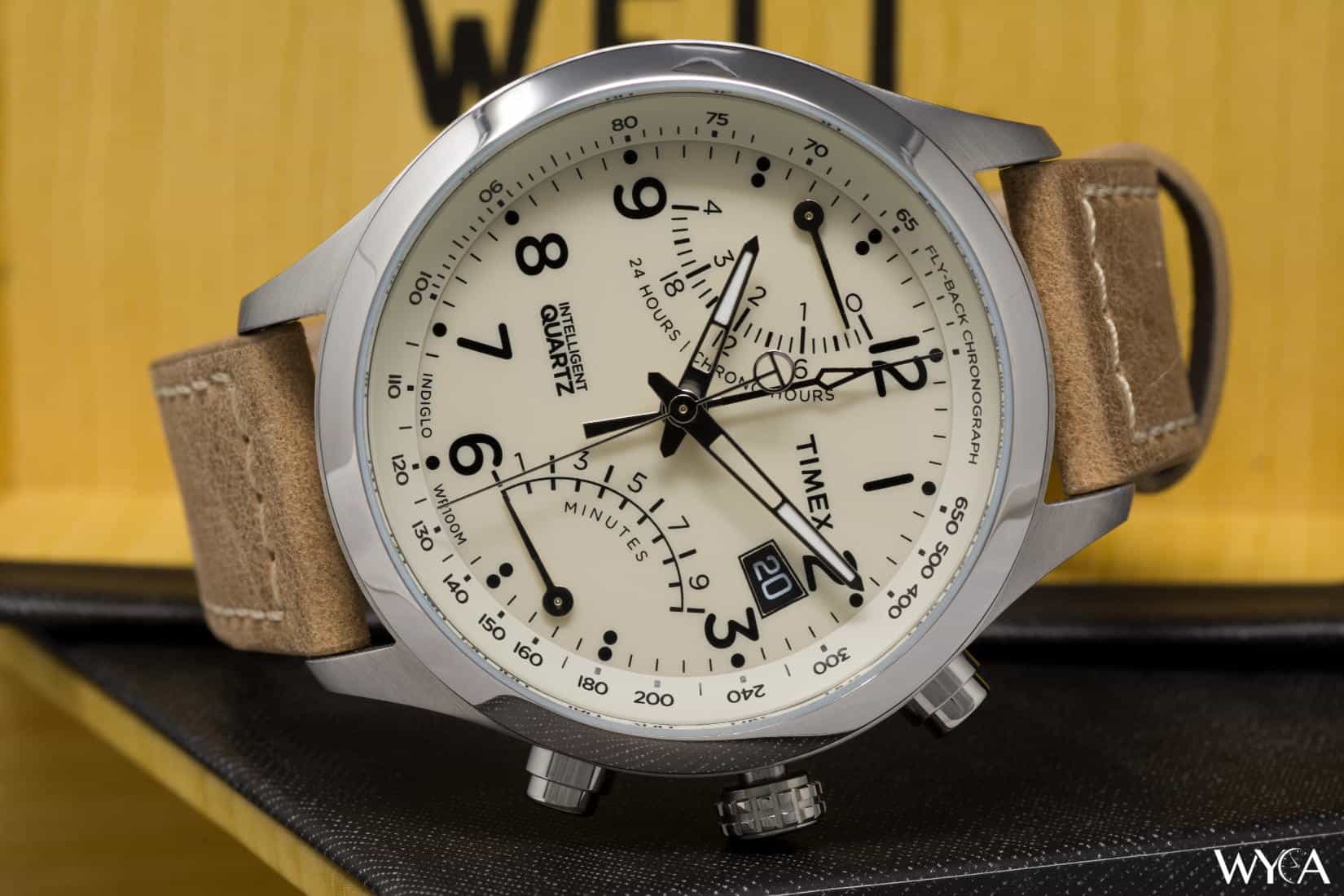 Founded in 1854, Timex has become the quintessential American watchmaker (though Bulova may argue otherwise). They are famous for making affordable timepieces that maintain high levels of quality and user satisfaction. Their proprietary backlight technology, Indiglo, was introduced in 1992 and forever set the standard on how backlighting should be done.

Interested in Timex but not feeling the IQ? Check out: 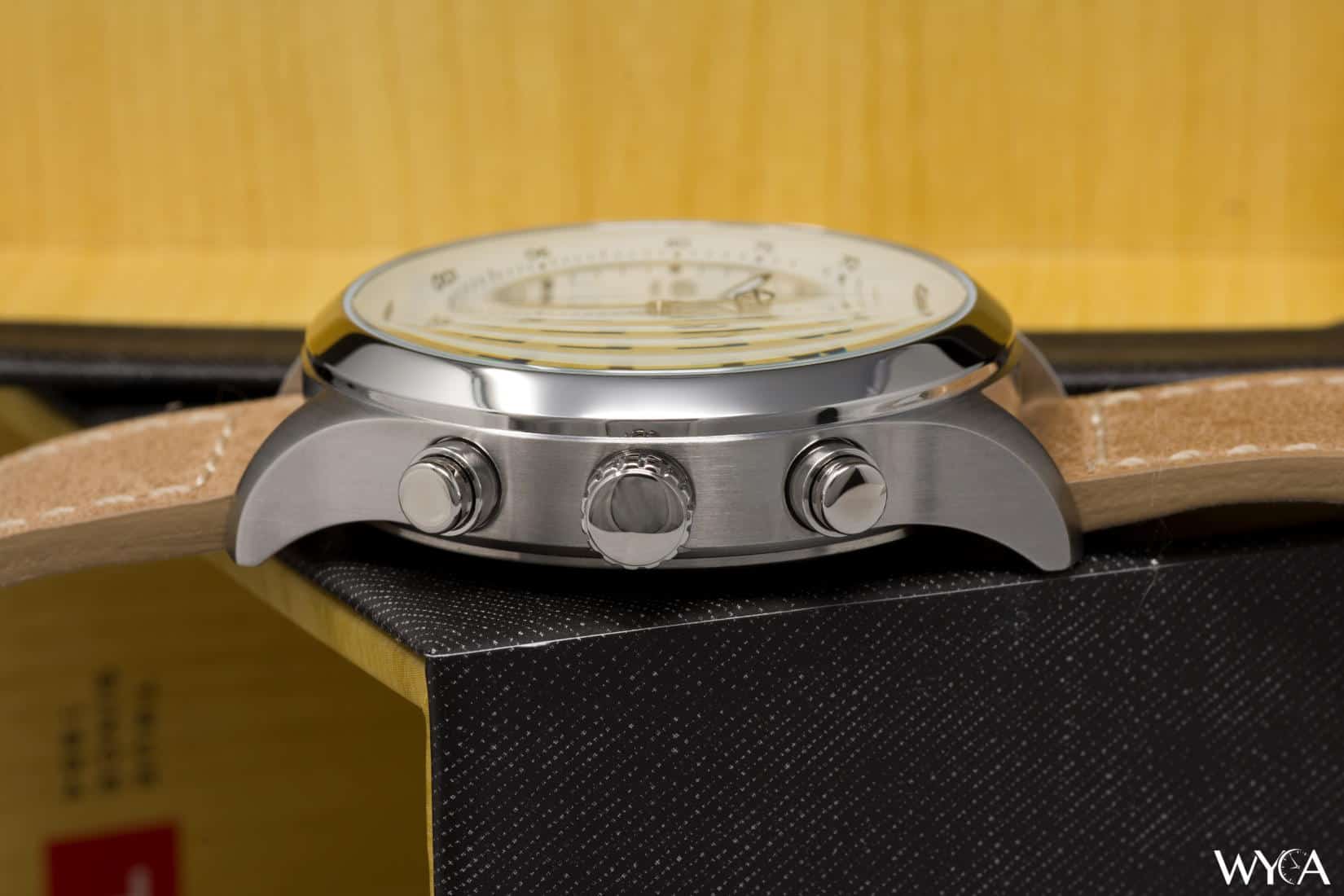 I have mixed sentiments about the Intelligent Quartz. This watch is a good idea that wasn’t executed well. I see it as a missed opportunity: considering the retrograde subdials and chronograph, the moment was right to make the second’s hand a retrograde. Instead, the retrogrades are reserved for the seldom-used minutes and hour display when the Chrono is in motion.

What fun is that?

This watch would have been about fifteen times cooler had the retrograde hands been hands that moved! Retrograde hands are super satisfying, but having them tethered to a turtle robs them of their visual potential.

I also find the dial a bit jammed together. From 1 – 3 o’clock there the Timex logo, date window, Arabic numerals, and up to four-hands that have to fight for said real estate. They should have put the Timex logo on top of the IQ logo that is displayed at 7:30. Unfortunately, both areas are crowded instead of just one area being crowded. 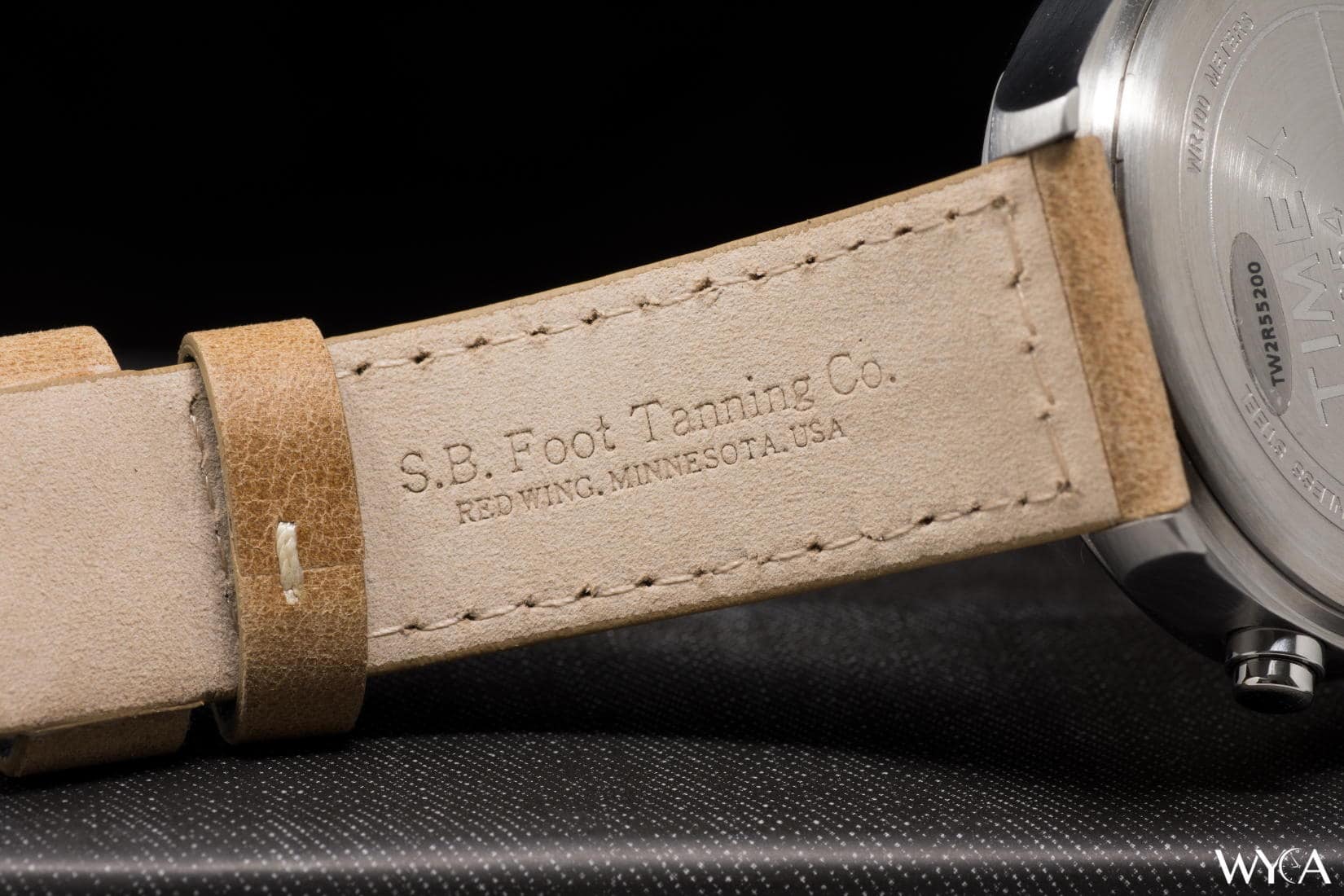 About the Flyback Chronograph

And, importantly, what the the heck is a flyback chronograph and how does it compare to a regular chronograph?

A flyback chronograph differs from its non-flyback siblings in one major way: the ability to restart the timer function while the chronograph is engaged, negating the need to restart and then engage. In operation, this function saves time and can make for more accurate and responsive measurement.

Having a 4-hour chronograph is nice – most in this range come with a 30-minute or 1-hour display. The flyback function is easily the best part of the movement, though, and is perfect for time-trial events, games, etc. 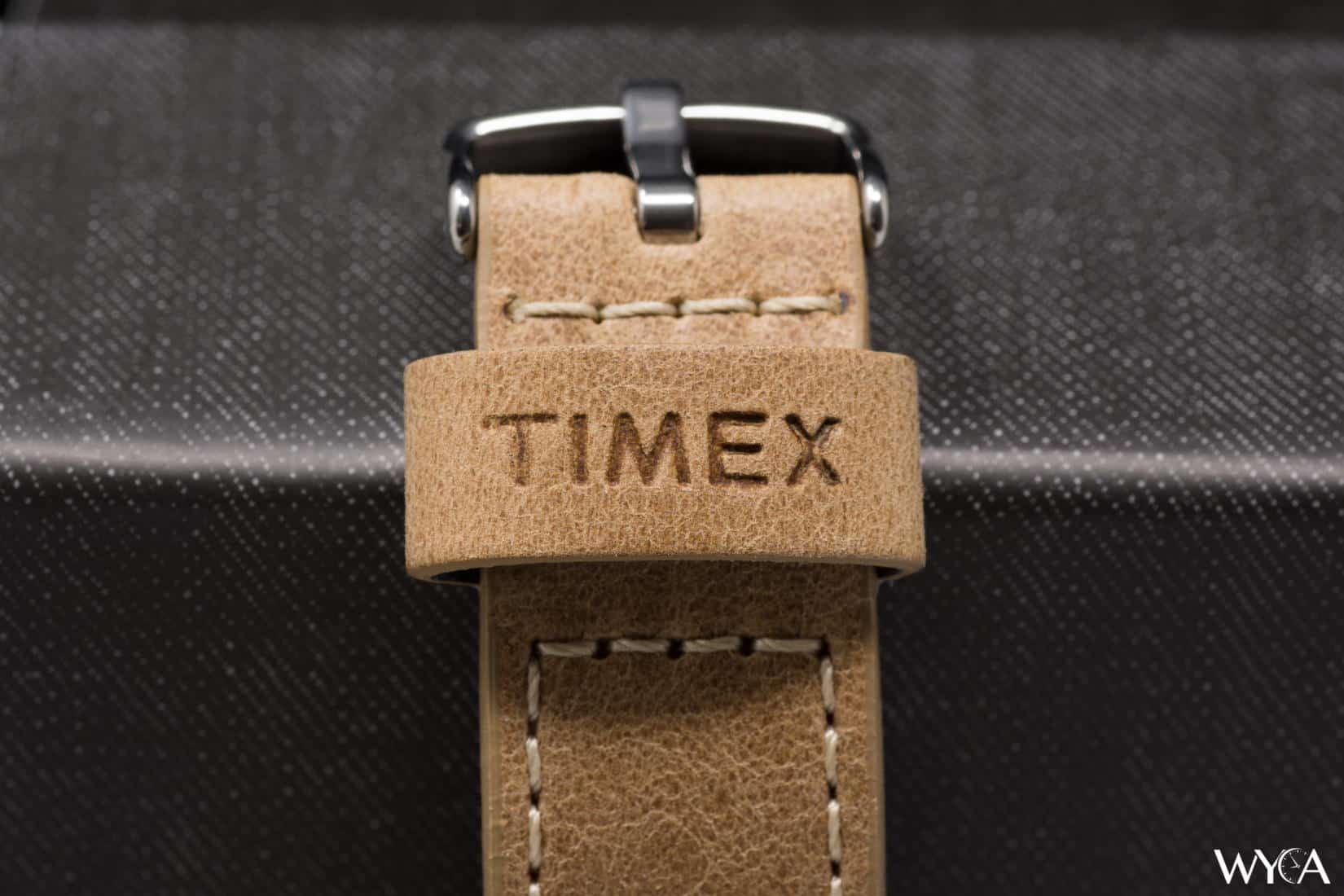 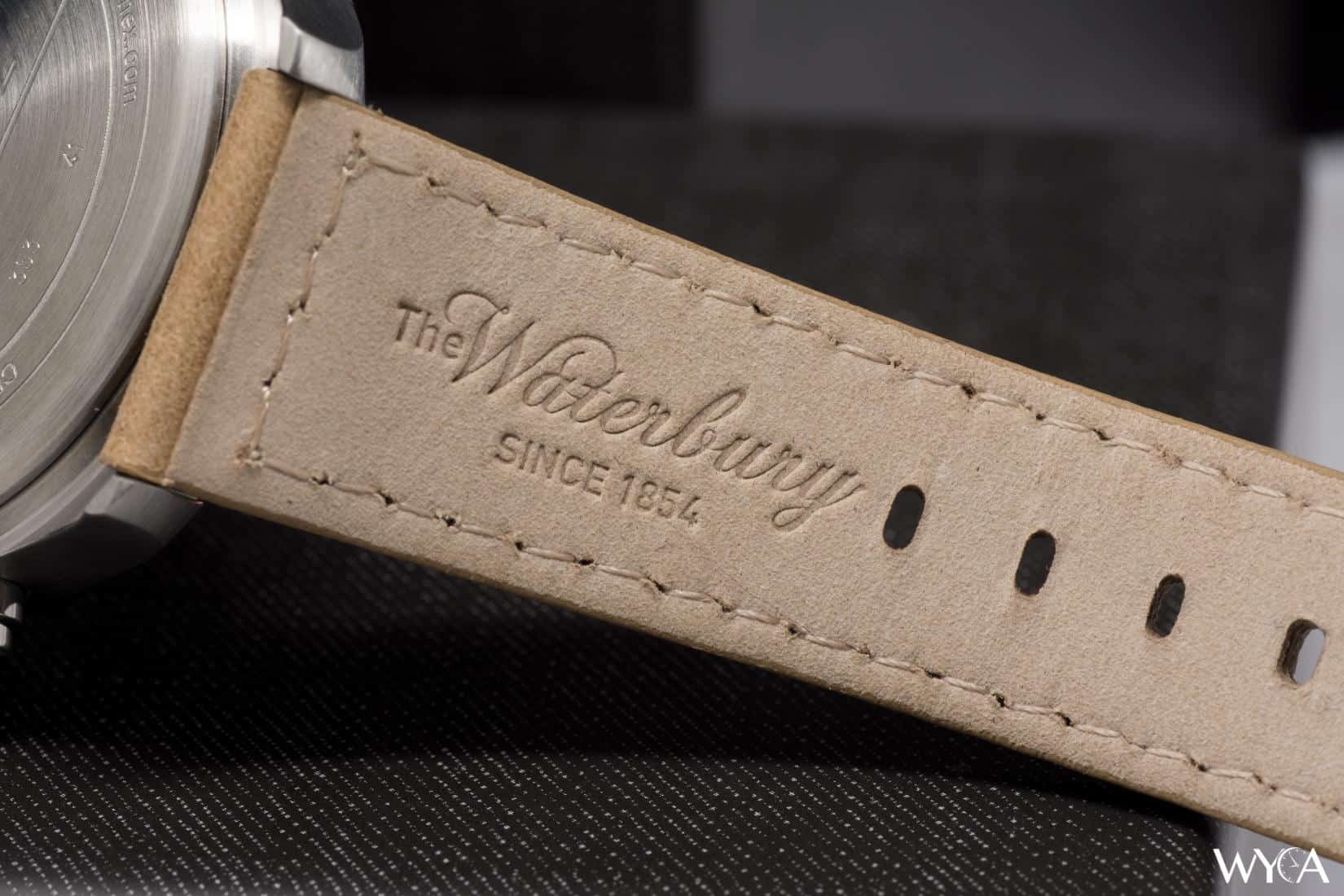 A Great Chronograph, But Crummy Communicator

The IQ is comfortable-enough to wear, largely thanks to the strap that is a step up from other straps I’ve seen from Timex, and otherwise a perfectly acceptable quartz chrono. But…

…give me a retrograde-seconds hand and I’d be smitten. As it is, the retrograde is nice but unlikely to be something you’ll notice or appreciate while wearing. Watches with a retrograde seconds hand, like the Swatch Irony Retrograde, make full use of the novelty that is retrograde; this is not that.

Indiglo is shining bright on the IQ, and like every other modern Timex I’ve reviewed, the Intelligent Quartz is built as good as it should be. Fit and finish isn’t meticulous, but it’s quite good for the price paid.

Still, despite the flyback, and despite the retrograde, the IQ doesn’t grab me like the other Timex’s do. It’s too expensive to be inexpensive (despite not being that expensive), and because of that, it lacks that “underdog” charm that makes the Weekender-family the value that they are. But it would have been with a frickin’ tickin’ 60-seconds retrograde dial.