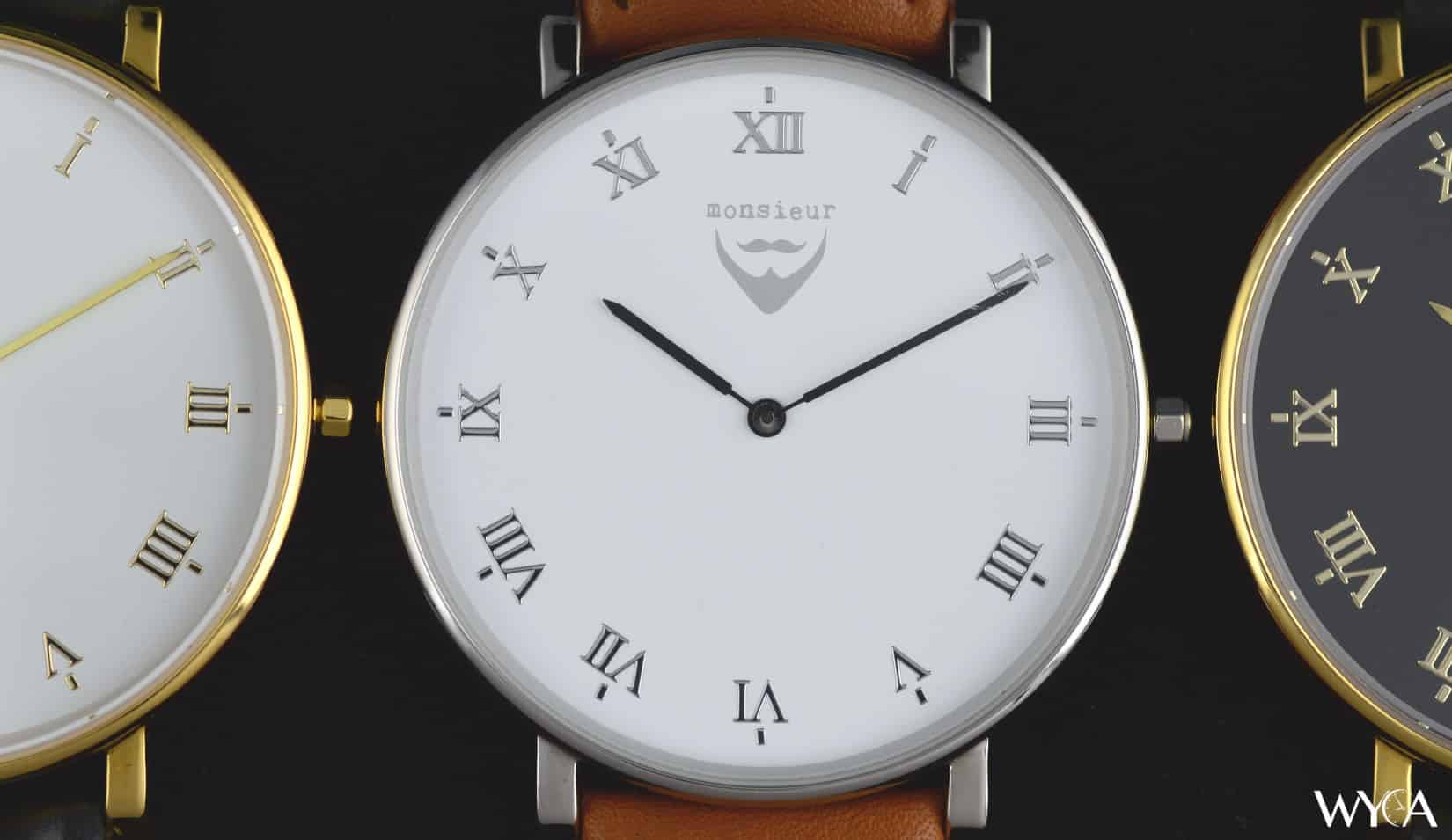 I’ve Got a Crush on Indie Watch Brands, and When They’re Close to Home, I can’t Help But Show Some Love

A friend of mine liked a post on Facebook from a new Canadian watch company – Monsieur Watch Co. – that has launched their kickstarter for their inaugural watch, the Marvin Collection. It’s no secret that I’m a fan of kickstarter, and when the crew is close to home, I like to see if I can get a sneak-peak of what they’re building.

Well, Aslam (co-founder) thought that was a pretty good idea, and a few days later I found myself holding three pre-production Marvin timepieces (this job has its perks). 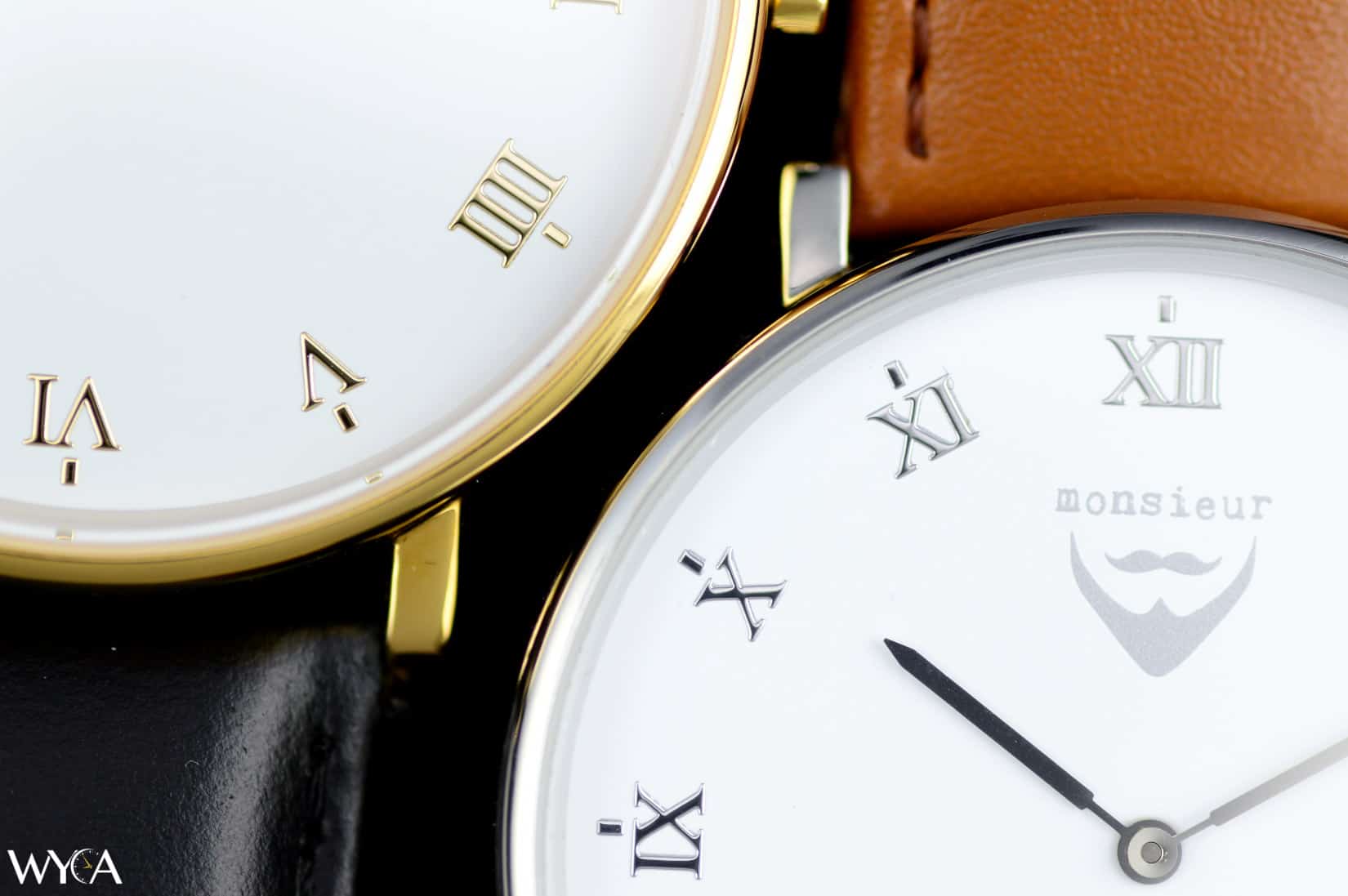 With the mission to create great watches at affordable prices, Monsieur appears to have made their first entrant a good one. Priced at $100 CAD (that’s like, what, $60 for people south of the border?), the inclusion of sapphire and the use of a two-handed Miyota gives this quartz timepiece a bit of value. I like a company that comes in with a strong value proposition.

The company also talks about their “Do Good for Good” ethos, where a portion of each watch sale goes towards the United Nations High Commissioner for Refugees. In a world as crazy as this one, it’s hard not to tip your hat toward a new company that wants to spread some positive energy. 2016 has been a crazy year; I think this is a good cause.

Then there’s the company itself. Aslam, for the brief moments I met him, very much matched the image the watch projects. Classy, sophisticated, and well-dressed, it was clear from talking with him that this project has become a big passion for him. I’m excited to see where it goes. 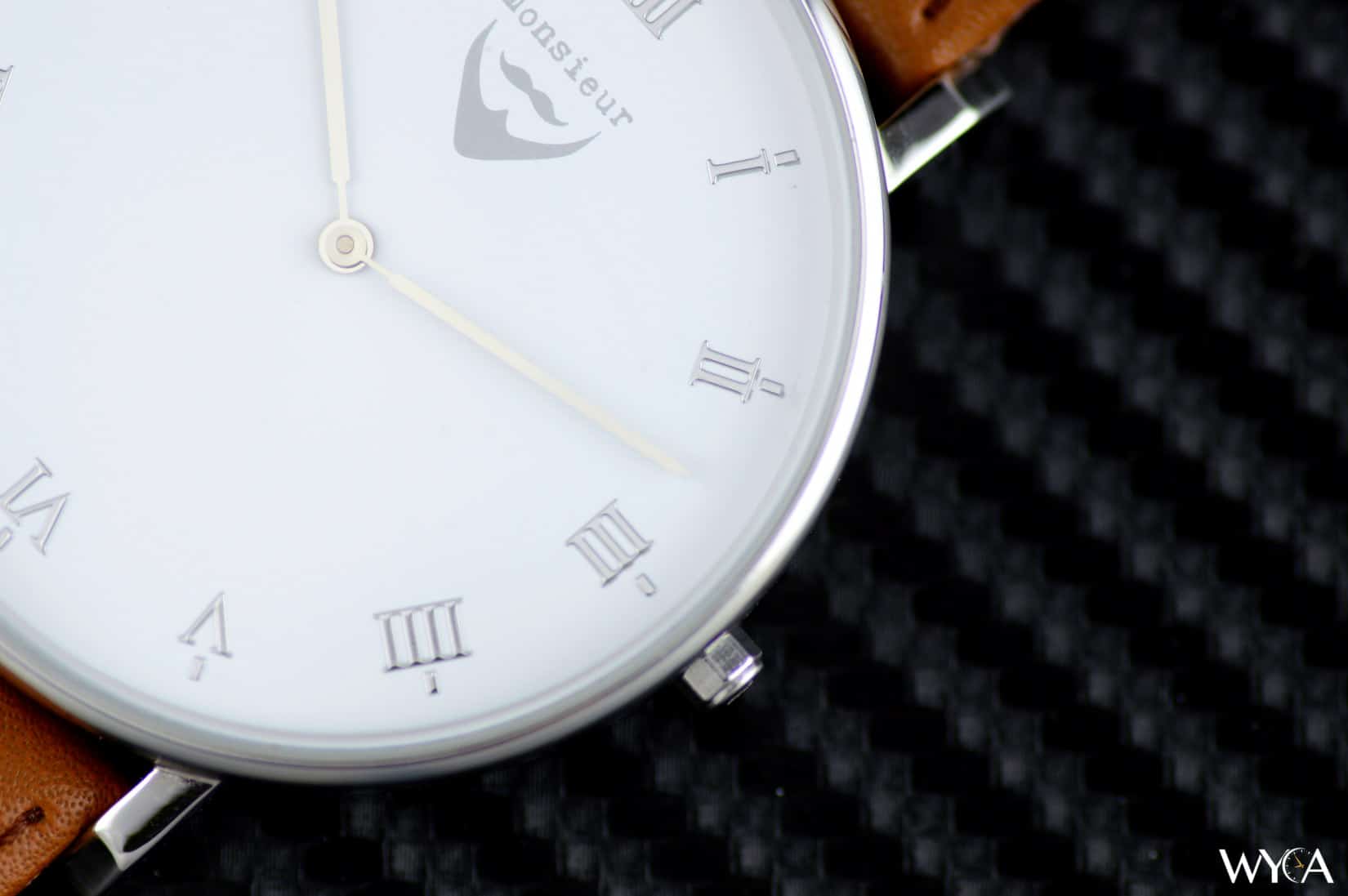 How Does the Marvin Collection Look?

Great lines and a quasi-minimal dial are the first thing I notice. The watches look carefully considered, with a small crown that looks appropriate against the 7mm thick (or thin?) watch. Engraved, of course, like the strap and clasp are as well.

These watches, being pre-production, have been around the block. They’ve been used for photos and promo shoots, and so you can see where they were placed against rocks and other harsh surfaces for the purposes of a photo snap or two. Still, knowing that the watch when you receive it will be unworn and immaculate, I again give a nod to the looks. 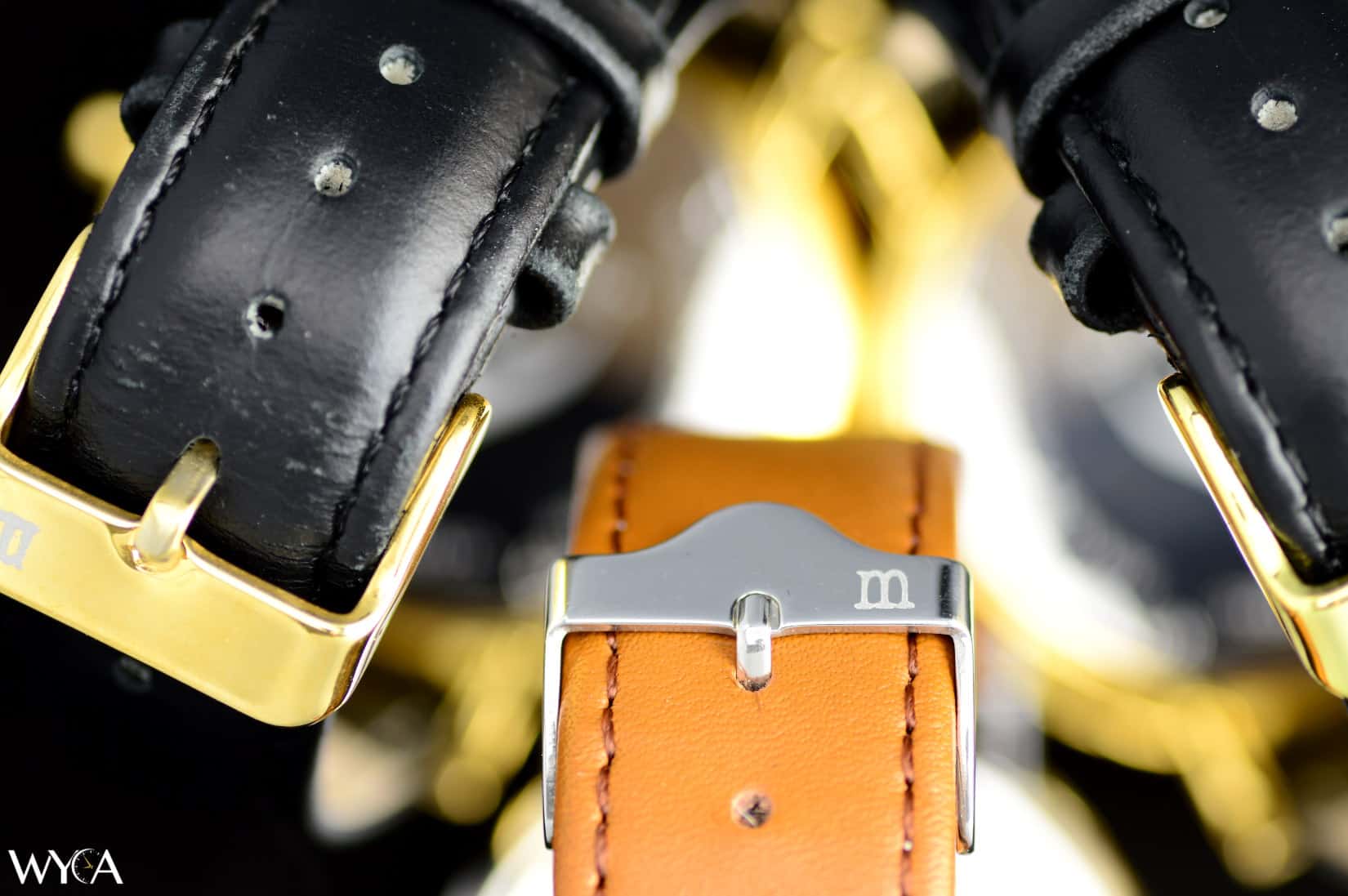 The caseback – with its awesome engraving of the Monsieur logo (which I love, by the way) – is as detailed as the rest of the watch.

The entire combination flows well together, and on looks alone, I think the Marvin will be a great piece. 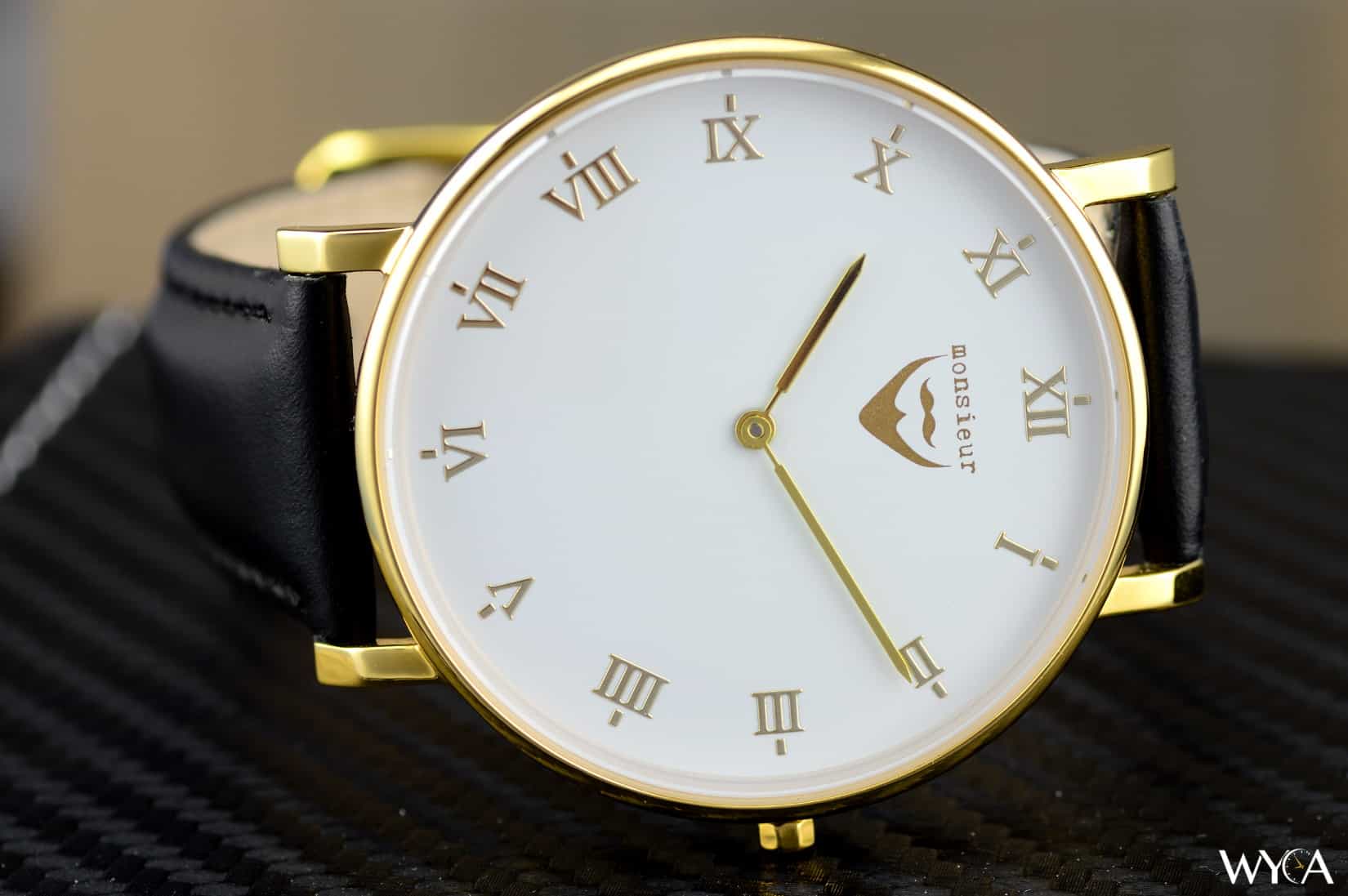 Want One of Monsieur’s Marvins for your very own?

Check them out on Kickstarter, or check out their website.