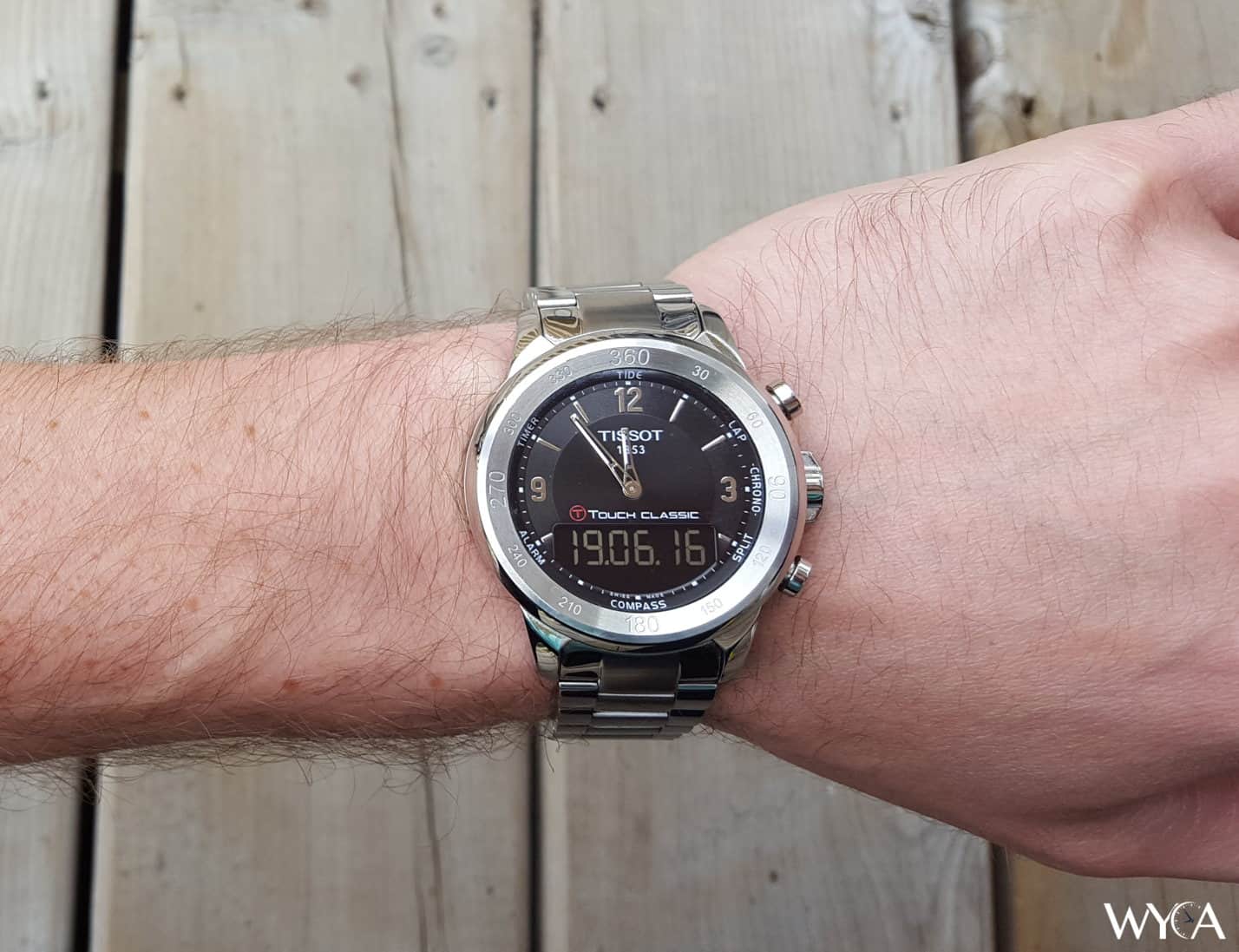 Since then it’s been one of the more popular reviews on WYCA. I have received more e-mails, Facebook messages, and comments here on WYCA about the T-Touch than any other review I’ve done. A common request is doing a follow up review, so at long last, here we are.

In the three years I’ve owned it, the T-Touch has probably received an average of 8 hours of wrist time per week. It’s been my go-to for when I need something that looks nice but not dressy, and if I’m going somewhere that requires a chrono and a backlight (movie theaters, etc.), the T-Touch is always on my short list.

If you haven’t already, check out my original Tissot T-Touch Classic review. 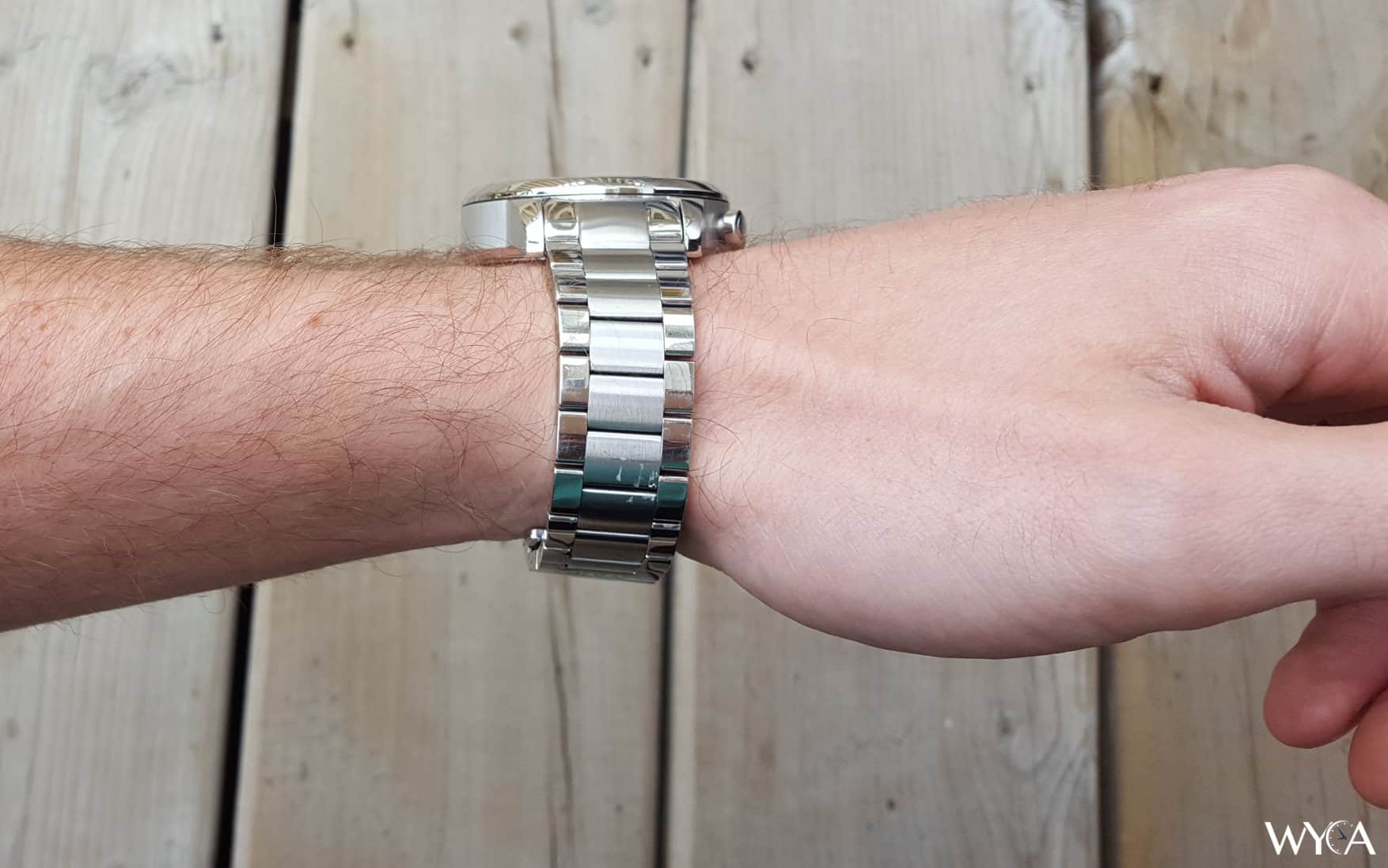 How Has the T-Touch Classic Worn?

The stainless steel case shows surprisingly little wear considering how much it’s been worn. There are a couple of small knicks in the bezel. Aside from those two small markings on the bezel, the rest of the case looks great.

Two hairline scratches are found on the left side of the watch (opposite the crown).  Otherwise the sides, which are a brushed steel as opposed to the polished steel found throughout the rest of the watch, look almost new.

The button at 4 o’clock popped off about a year and a half into ownership. This was a direct result of accidentally smacking the watch against some ceramic tile. Tissot fixed the problem under warranty.

The analog/digital hybrid dial looks new. As expected, the sapphire crystal has done its job and is scratch-free. Subsequently, the dial looks as good today as it did in 2013 when I first picked the T-Touch up.

Because the crystal is also a taptic sensor, if you use any of the complications built into the T-Touch Classic you wind up smudging the crystal up pretty good. Aside from needing regular cleanings, the dial and crystal are like new.

While the case, dial, and crystal all look quite good for their age, the bracelet reveals the long life of a frequently worn watch. The bracelet is two-tone – brushed center links with polished edges – and both portions of the bracelet have considerable wear.

Particularly worn is the area near the deployment clasp on the underside of the watch. It’s not surprising since this is the bottom part of the watch when worn. What is surprising is how well the “Tissot 1853” engraving has held up, which looks fresh despite ample wear surrounding it. 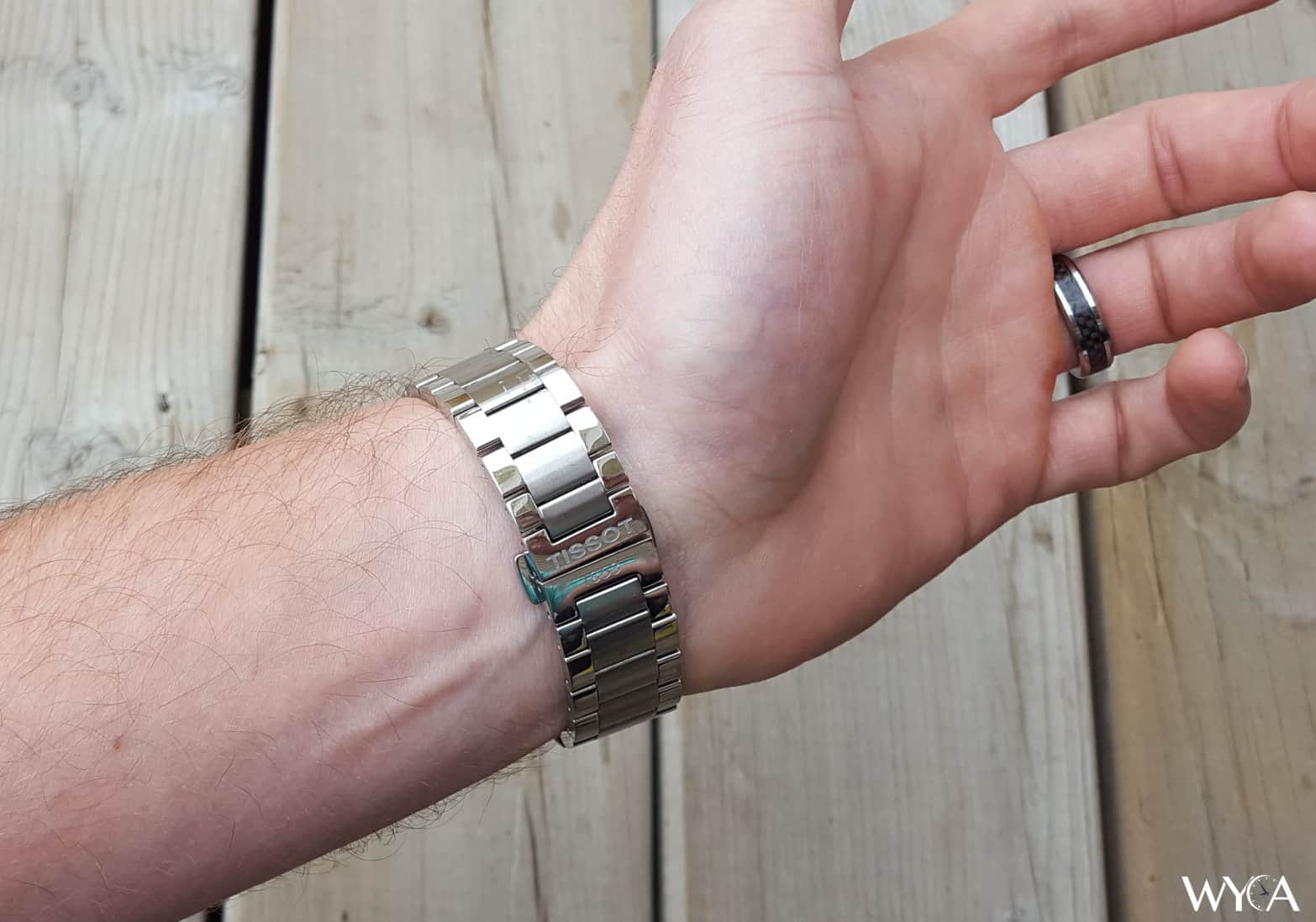 Would I Buy The T-Touch Classic Again?

Despite the 4 o’clock pusher falling off, my experience with the T-Touch Classic has been quite positive. The T-Touch is versatile enough to pair with just about any wardrobe, casual or formal, and it does its intended job admirably. It’s sized just right for my wrists, comfortable to wear for long periods of time, and remains securely fastened when worn.

The backlit LED screen is great for checking the time in movie theaters or other areas where light is dim and you can’t whip out your mobile to check. I also find myself using the alarm and chrono functions quite a bit, although I can’t say the same for the tide/compass functions.

In my mind, Tissot has created a great all-around timepiece in the T-Touch Classic. It looks great, has held up as good as expected over the last several years, and has been a reliable daily wearer for me. Still recommended. 🙂